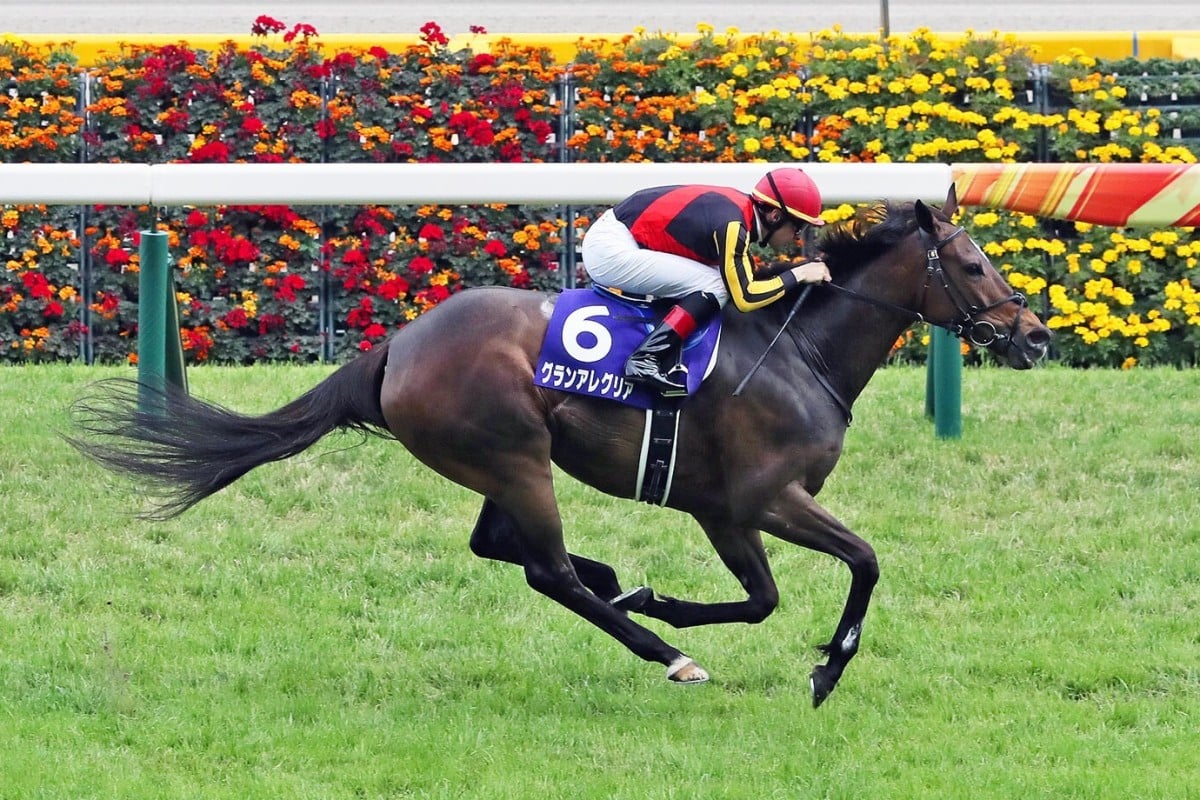 The Tenno Sho (Autumn) is one of the biggest races in Japan and today’s Group One could help shape the Hong Kong Cup with six contestants holding entries for the December feature.

Superstar mare Gran Alegria headlines a group that includes Mozu Bello, World Premiere, Persian Knight, Curren Bouquetd’or and Hishi Iguazu but their participation is likely predicated on their performance in this 2,000m event.

Gran Alegria has five Group One wins to her credit, but those have all come between 1,200m and 1,600m, so the Tenno Sho’s 2,000m trip presents a challenge.

It’s a distance she’s only competed over once before, finishing fourth to Lei Papale when first-up this season in the Group One Osaka Hai.

Trainer Kazou Fujisawa is happy to forgive that effort and remains optimistic about Gran Alegria’s chances despite acknowledging the immense challenge this race presents.

“The Osaka Hai was her first 2,000m [race] and she was returning from time off and the ground was heavy. This time she’ll be at a familiar venue,” he said.

“I’ve had Tenno Sho (Autumn) winners before and they all had good stamina. This is the first strong miler I’m fielding in the race. She has speed but I’d like to see if she has the speed to conquer the Tokyo 2,000m. This race always attracts strong horses and it’s difficult.”

World Premiere took out the Group One Tenno Sho (Spring) in May and while that race is over 3,200m, he hasn’t been seen since and trainer Yasuo Tomomichi is not concerned about the step back in trip nor the time off.

“Last year he was returning to the track after nearly a year and yet he finished sixth in the Japan Cup. It was a strong race too,” the trainer said. “He has no problem with Tokyo and I think, with the long straight, he’ll have no problem with the distance either.”

Star four-year-old Contrail is likely to start favourite in the Tenno Sho (Autumn) but after winning his first seven starts – including four at Group One level – he’s been defeated in each of his past two contests.

Similar to Gran Alegria, Contrail’s trainer Yoshito Yahagi puts the result down to the wet track, going so far as saying he regretted running him.

“His loss in the Osaka Hai came down to the poor going. It had rained very hard right before the race, so much so that in the paddock, I had wanted to scratch,” he said.

“He came out of the race poorly as well. And that’s why I passed on the Takarazuka Kinen, because he wouldn’t have been ready. Until July, I focused solely on getting him fully recovered and in August we gradually upped the amount and intensity of his work.

“With the hard work, his heart and lungs got stronger. I think he’s back to his best. He’s bigger than he was in the spring and I think the way he moves has improved as well.”