‘He can go up to Class Two at least’: Frankie Lor thinks Fa Fa can go far

The championship-leading trainer has high hopes for the four-year-old, who chases a fifth win from six starts at Happy Valley on Wednesday night 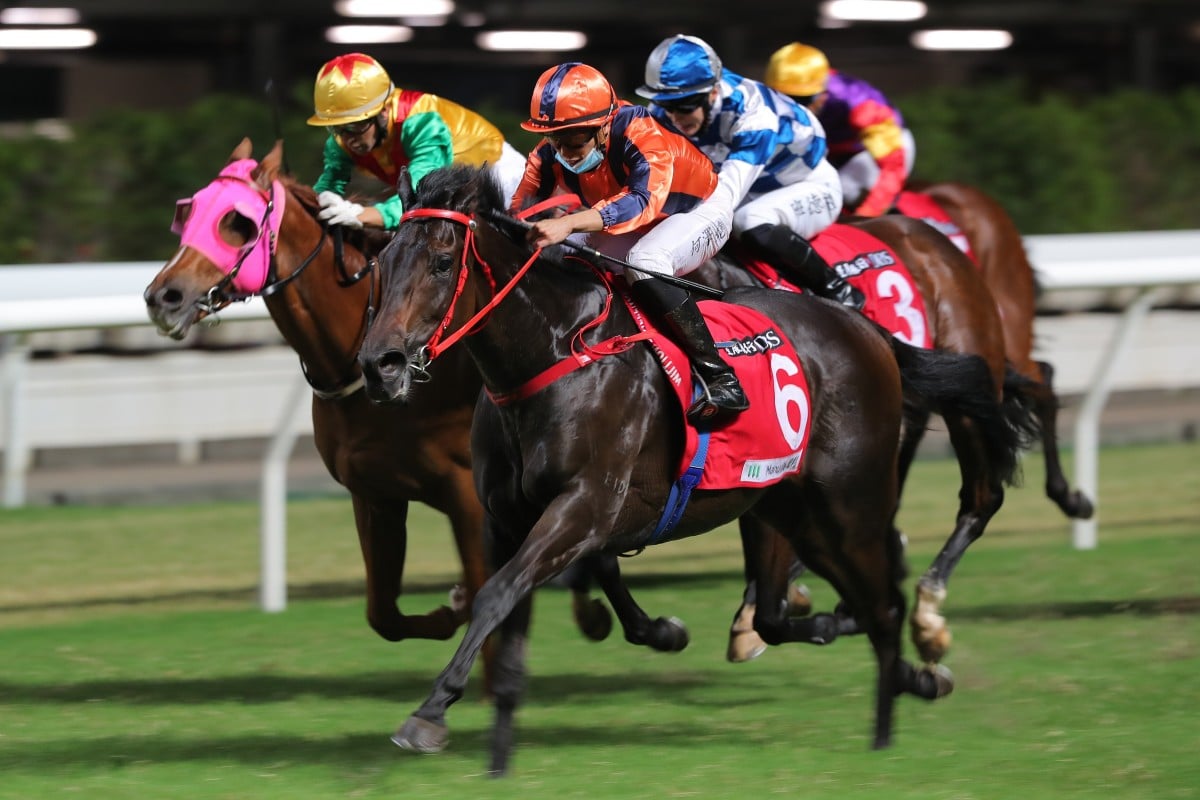 The son of He’s Remarkable has come into his own since stepping up to the extended mile at the iconic city circuit late last season, rattling off four wins and a second from his past five starts – all at the course and distance.

It’s proven to be a winning formula – he’s already put in two impressive performances this season – and the championship-leading trainer is sticking with it for the moment.

“We’re happy to stay at Happy Valley for the time being. I think he can even handle 1,800m no problem,” Lor said.

“You can see he’s still got a really strong finish. Hopefully he can go up to Class Two at least.”

Fa Fa has flashed the sort of ability that wouldn’t be out of place in races like the Classic Mile and Classic Cup and it’s a path he could take should he build his rating beyond the current mark of 75, as Lor expects to him to do.

He’s drawn in the middle of the pack – six – for this assignment which should allow jockey Vincent Ho Chak-yiu to find a nice spot in transit before unleashing his sprint in the home straight.

While Fa Fa is clearly the stand-out runner, it looks a competitive contest on paper.

The Anomaly is the other last-start winner in the field, with the four-year-old leading all the way to salute over 1,400m at Sha Tin last month.

The Anomaly - a son of Japan's Real Impact - makes all under Keith Yeung! #HKracing pic.twitter.com/TvDHAQZVNQ

Trainer Jimmy Ting Koon-ho thinks he can handle the step up in trip and switching to the Valley is not an issue – the son of Real Impact won his debut there in January.

“I think this horse has some class,” Ting said. “He’s very competitive and he can still improve. He’s a nice horse.”

The Anomaly has drawn directly inside of Fa Fa with Keith Yeung Ming-lun likely to push forward again.

The Chris So Wai-yin-trained Exceptional Nice creates interest, making his seasonal return after finishing second in his last four runs of 2020-21.

The six-year-old has had two trials to tune up for this contest, beating home Duke Wai, Ultra Express and Fast Most Furious earlier this month, with all three performing well at Sha Tin on Saturday.

Exceptional Nice typically goes forward in his races as well, so Alexis Badel is likely to join The Anomaly at the front of proceedings.

Of the others, Hall Of Champ (Alfred Chan Ka-hei) and King’s Capital (Zac Purton) are coming off placings last start while Sacred Ibis (Karis Teetan) hasn’t been far away in either of his starts this campaign.

The feature on the night, the Class Two Japan Racing Association Trophy (1,650m), looks a strong one with nine of the 11 runners coming into the race on the back of a top-four finish.

Francis Lui Kin-wai’s Chancheng Prince is chasing a hat-trick of victories but his past two successes have come on the dirt, while Bear Again is looking to go back-to-back after a surprise win first-up.

Me Tsui Yu-sak’s Telecom Fighters should relish a return to the Valley – the scene of a dominant victory two starts back – and has the services of Zac Purton, while Sunny Star, The Rock, Solar Wai Wai, Savaquin and Beluga all have to be given chances.