With HKIR only weeks away, Francis Lui’s champion is still the only galloper local fans can have any great confidence in ahead of Sunday’s Group Two lead-up races 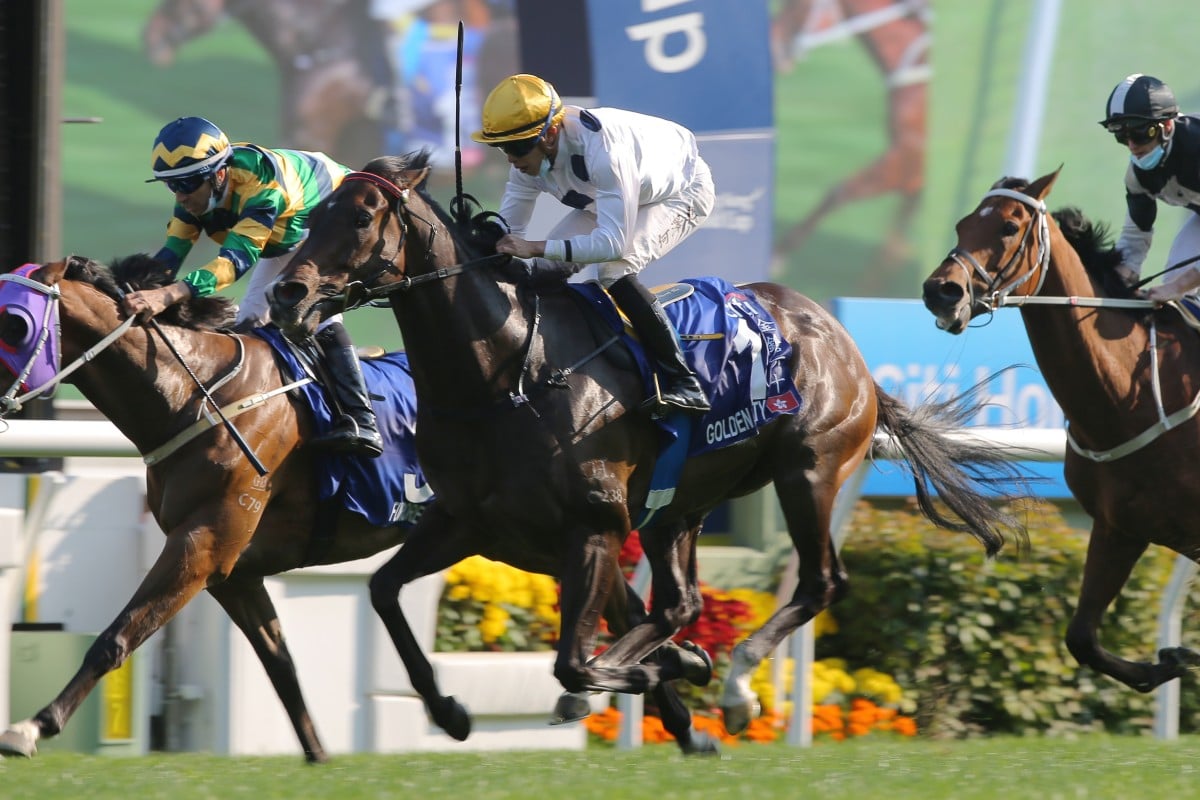 Golden Sixty enters his 2021-22 campaign on the back of 14 straight wins. Photos: Kenneth Chan

It’s been nearly seven months since Golden Sixty was seen on a racecourse but for a Hong Kong racing scene that lacks anything else close to a superstar, it seems all that much longer.

Bubbles have been bursting left, right and centre among the up-and-coming brigade, with Courier Wonder, Nervous Witness and Fantastic Treasure among those to see their unblemished records go up in smoke in the opening months of this season.

The uncertainty around just when the much-needed new wave of stars will actually roll in remains, while there’s been nothing more established leap from the pack and suggest they’re ready to rub shoulders with reigning Horse of the Year Golden Sixty.

Group One winners Wellington and Panfield have shown enough to suggest they could close the gap if they can go on with it and that pair – along with the likes of Courier Wonder, Sky Field and Naboo Attack – will get the chance to shine during Sunday’s Group Two features at Sha Tin. 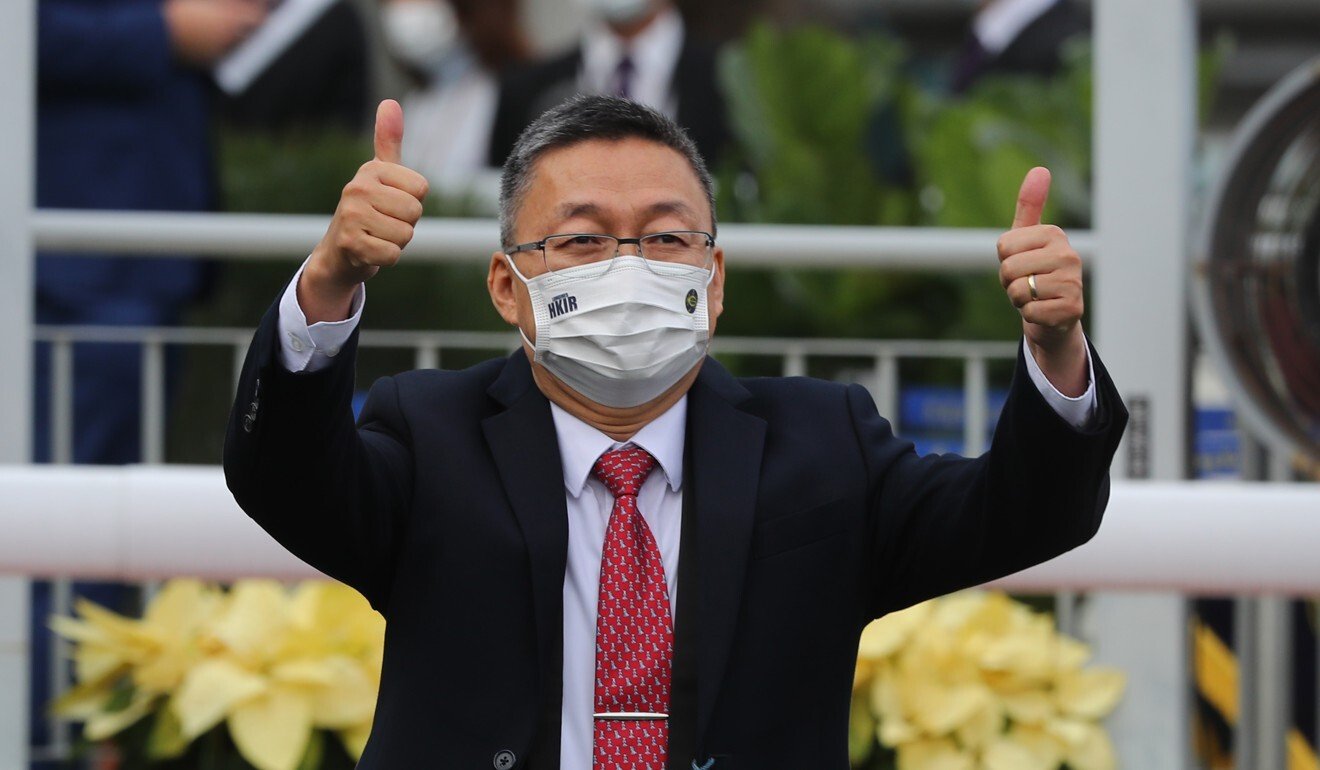 But as it stands, and with the Hong Kong International Races only weeks away, Golden Sixty remains the only galloper local fans can have any great confidence in as the hometown brigade prepares to take on the overseas raiders across December’s four Group One contests.

There’s nothing to suggest that confidence will be tested when Golden Sixty returns in this weekend’s BOCHK Private Wealth Jockey Club Mile, whichever way you approach it.

When a horse has won 14 races in a row like Golden Sixty has, and is only three victories away from equalling the great Silent Witness’ Hong Kong record of 17 on the trot, it’s only natural to look for ways they might get beaten.

Francis Lui Kin-wai has proven he’s not afraid to go against what might be considered the norm with his champion – his decision to step-up to 2,000m for February’s Gold Cup was a short-head from ending in tears – and the galloper is first-up this weekend against some race-fit opponents.

GOLDEN SIXTY makes it 13 wins in a row as he takes the Hong Kong Gold Cup, just! #HKRacingpic.twitter.com/5oejCb5wqF

Lui steered away from the earlier handicap contests as not to give Golden Sixty a gut-buster with an eye to stretching his campaign to include the Group One Yasuda Kinen (1,600m) in Tokyo next June.

It’s a move that will be great for Hong Kong racing if it comes to fruition – imagine if he heads to Japan with 18 or 19 straight wins under his belt – but also one that has some wondering if he’s vulnerable in his seasonal debut.

Is there a chance he over-races fresh in a seven-horse field that doesn’t look to be brimming with speed?

Lui has mapped Golden Sixty’s preparation to the minute and the trainer has no reservations whatsoever that his charge is ready.

And breathe! Golden Sixty holds on to win the Group 1 FWD Champions Mile from the fast-finishing More Than This! #FWDChampionsDay pic.twitter.com/eEARsP0YEK

The six-year-old has won three trials in the lead-up to his return – he’s hardly ever been tested at the trials in Hong Kong, let alone won one before – allaying any worries he will be too fresh.

Golden Sixty’s two closest calls over a mile have come in his last two runs at the trip, both Group One races with small fields lacking genuine speed – an eight-horse Stewards’ Cup and a six-horse Champions Mile.

And both those races had traditional front-runner Ka Ying Star and additional speed influences in them, something this race does not look to have.

Blake Shinn could take Southern Legend forward from the inside alley, but it’s hard to see anything engaging in a speed battle.

A problem for Golden Sixty, potentially, but the four-time Group One winner looks to have been handed the perfect weapon to combat any potential issues – gate seven of seven.

Jockey Vincent Ho Chak-yiu can keep the galloper out of trouble and have him ready to use his decisive turn of foot to carry him past what one imagines will be a pretty bunched field turning for home.

Horse racing is rarely that simple but when you throw in the fact five out of six of Golden Sixty’s opponents couldn’t go past a genuine stayer in Panfield in a lead-up run over a mile, and that More Than This is also first-up, it could well be for Lui’s generational talent come Sunday afternoon. 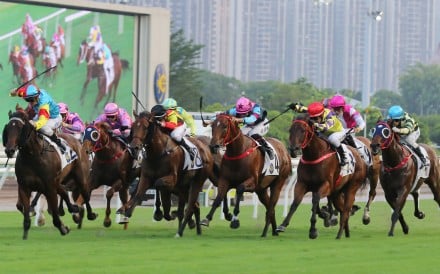