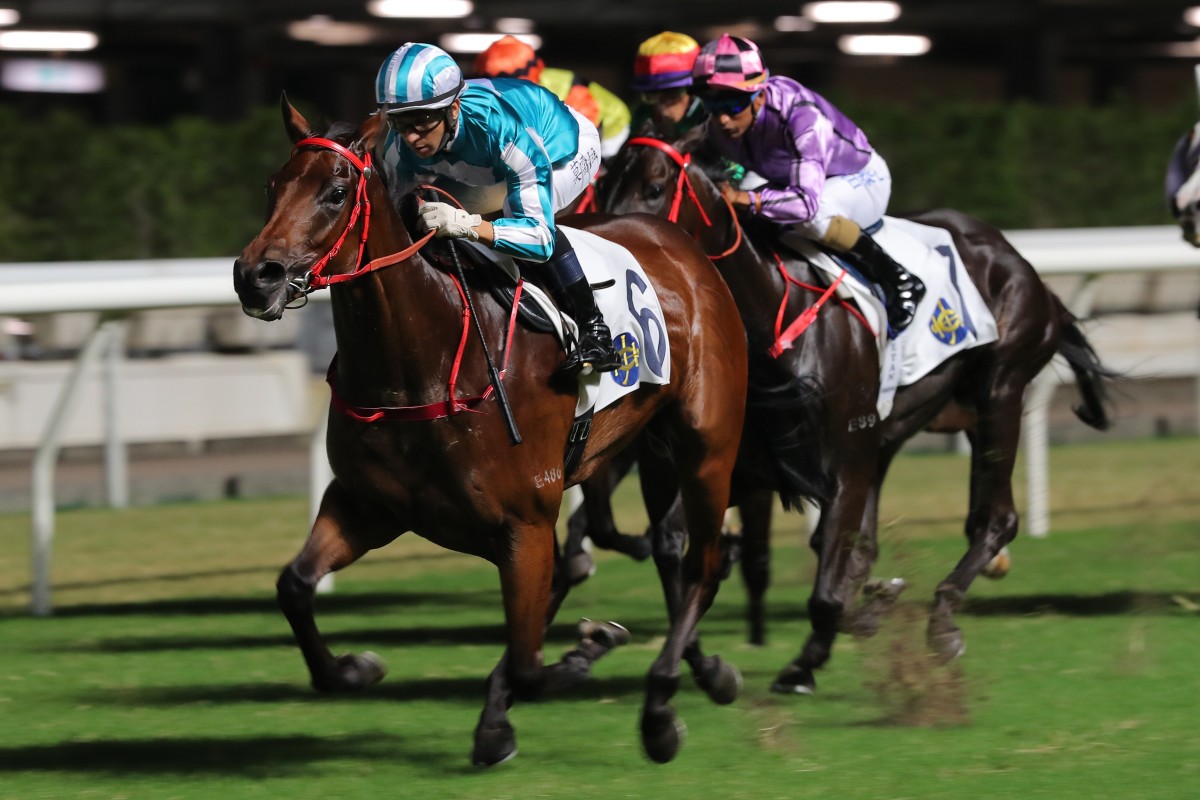 Romantic Warrior overcame plenty of obstacles to salute in impressive fashion on debut and star jockey Joao Moreira expects the talented youngster to continue his march up the ratings at Happy Valley on Wednesday night.

The Danny Shum Chap-shing-trained three-year-old showed his class when accounting for A Smile Like Yours last month – a horse who has won since – despite jumping from barrier 12.

Romantic Warrior’s luck seems to have turned for the Class Four Murrayfield Handicap (1,200m), coming up with barrier five, which should ensure a much kinder run in transit, but he does have to lug 133 pounds.

“Very few horses are able to win first-up at Happy Valley after drawing the outside gate and travelling three wide, so if they do it you would be expecting them to do it again,” the Magic Man said.

“Don’t forget this time he’s got a much better gate and I think he is strong enough to be able to cope with the big weight.”

Dazzling on debut! Sold for HK$4.8 million at the 2021 Hong Kong International Sale, Romantic Warrior gets off the mark at his first try with Joao Moreira up. #HappyWednesday #HKracing pic.twitter.com/tsfn6rc8dl

It could be a big night for the four-time champion jockey, who has seven strong rides including another smart European-bred three-year-old in Toronado Phantom, from the John Size yard.

The son of Toronado also won his debut in smart fashion, in Griffin company in May, before coming second to rising star California Spangle in July, who was dominant when prevailing on Sunday.

Size has given Toronado Phantom five trials in preparation for the Class Three Inverleith Park Handicap (1,650m), winning the most recent one. 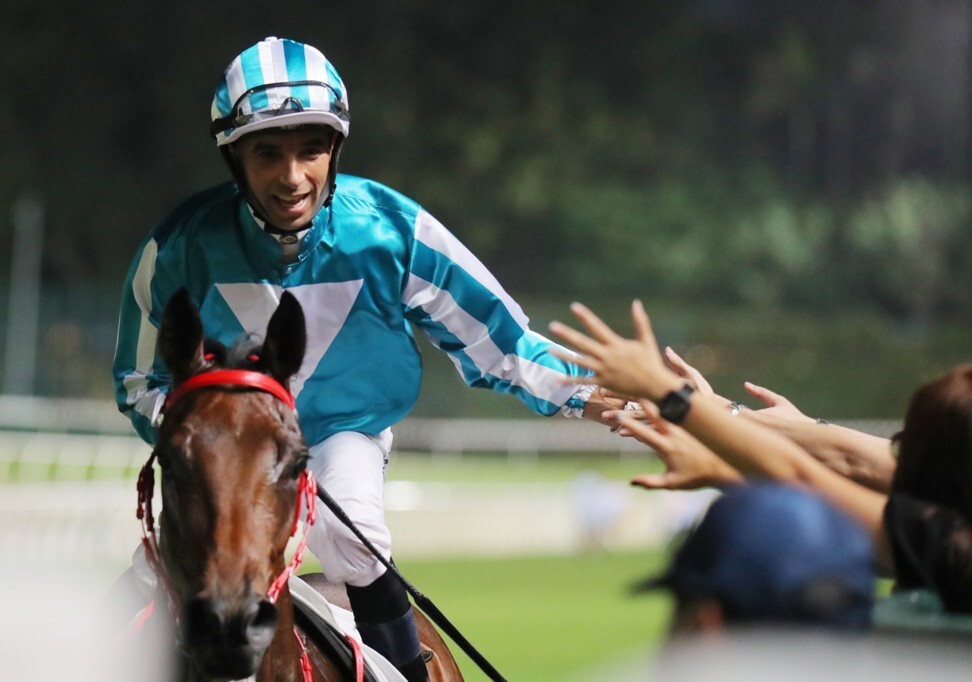 Moreira thinks there are two key challenges – the step up to the extended mile and his first run at Happy Valley.

“Apparently he is a horse that will appreciate the distance and no doubt I’m looking forward to riding him,” he said.

“His work has been great, I have been with him for most of his trackwork and what I can say is that he is good shape.

“The form around him is outstanding and it took a good horse to beat him at his last start and I don’t think this is going to be any different – whoever wants to beat him is going to have to be a very good horse.”

Moreira’s other rides include We The South, Dr Winning, Amazing Boy, Loyal Baby and Drops Of God in the best contest of the night, the Class Two Bruntsfield Handicap (1,200m).

The Brazilian also confirmed he will partner Courier Wonder in the Hong Kong Sprint and Glory Vase in the Hong Kong Vase but is still waiting to lock in his mounts for the other two features – the Mile and the Cup – on international day.