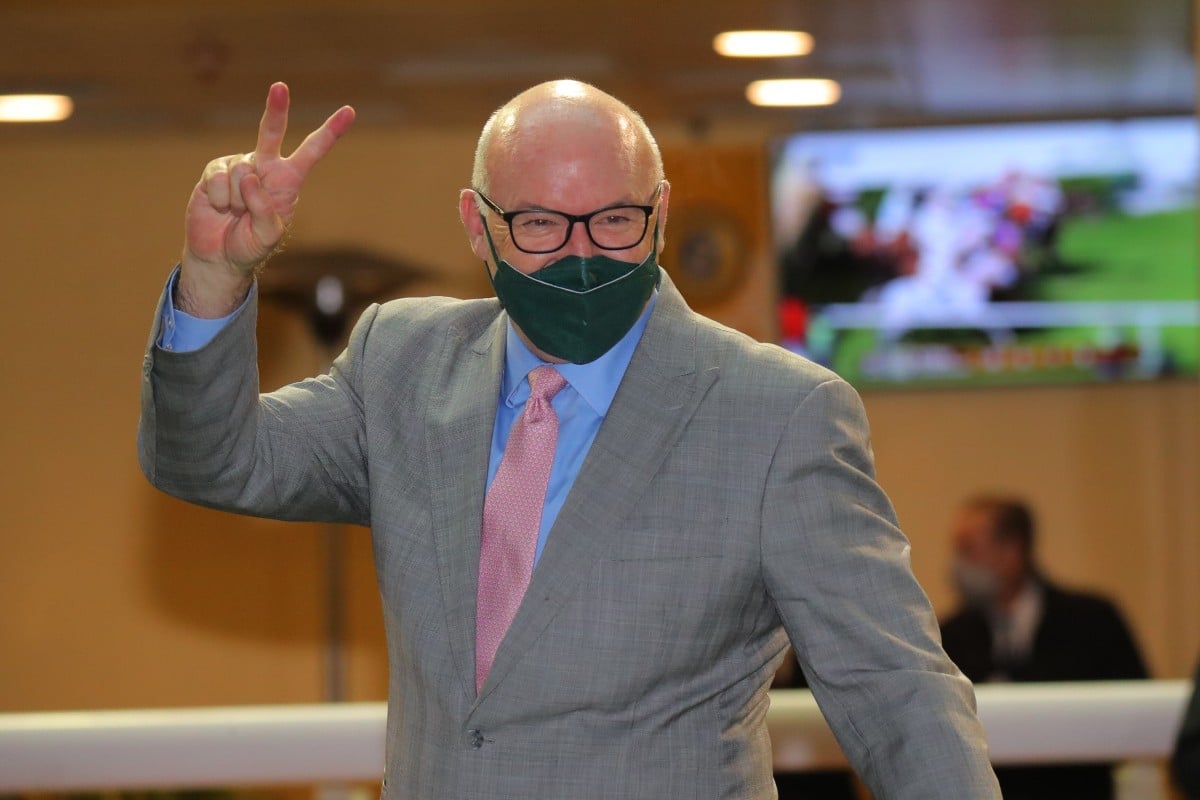 David Hayes bounced out of a flat spot in style at Happy Valley on Wednesday night, landing a double to take home multiple winners for the first time since his four-timer on October 1.

Wins to Awe and Poised To Strike ensured December has already been more productive for Hayes than November, when he only managed one winner, and the 59-year-old hopes it’s a sign of things to come.

“I had [11] placings in November. I know I didn’t have many winners but I had a lot of horses running well, so we weren’t panicking,” said Hayes, who entered the midweek meeting with only one victory since October 20.

“I think December will improve a bit and I’m expecting the new blood to start coming through after January and then I reckon I’ll be strong again.”

Hayes’ quick start to the season means he’s still right in the thick of the fight for the trainers’ premiership with 17 victories, with his double lifting him into a tie for third and eight winners adrift of leader Frankie Lor Fu-chuen.

Hayes has Naboo Attack lining up in the Group One Hong Kong Sprint at the Longines Hong Kong International Races and is hoping to keep the ball rolling during the jurisdiction’s biggest week.

“I’ve got a reasonable hand [on International Jockeys’ Championship] night and I’ve got a couple of chances on the big day,” he said.

Awe kicked off proceedings for Hayes in the opener, Zac Purton settling the five-year-old in the box seat and never leaving the rail to comfortably take out the Class Four Frigatebird Handicap (2,200m).

“He is a horse who was bought to Hong Kong as a miler but he’s not fast enough for Hong Kong at that distance, but at 2,200m I think he can be a good handicapper. It’s a big help having Zac Purton on,” Hayes said.

The in-form Purton also positioned Poised To Strike beautifully one-back on the rail before pulling out cornering for home and finishing best to take out the Class Four Albatross Handicap (1,200m), the galloper breaking his Hong Kong maiden at start 16.

“He got the monkey off his back and it was a wonderful ride. This horse, for the first year I was here last year, he wouldn’t eat and he had stomach ulcers. So we’ve got on top of the stomach ulcers and we’re hoping now that he might be able to put a couple together, especially at this track – I don’t think he’s really a Sha Tin horse,” Hayes said. 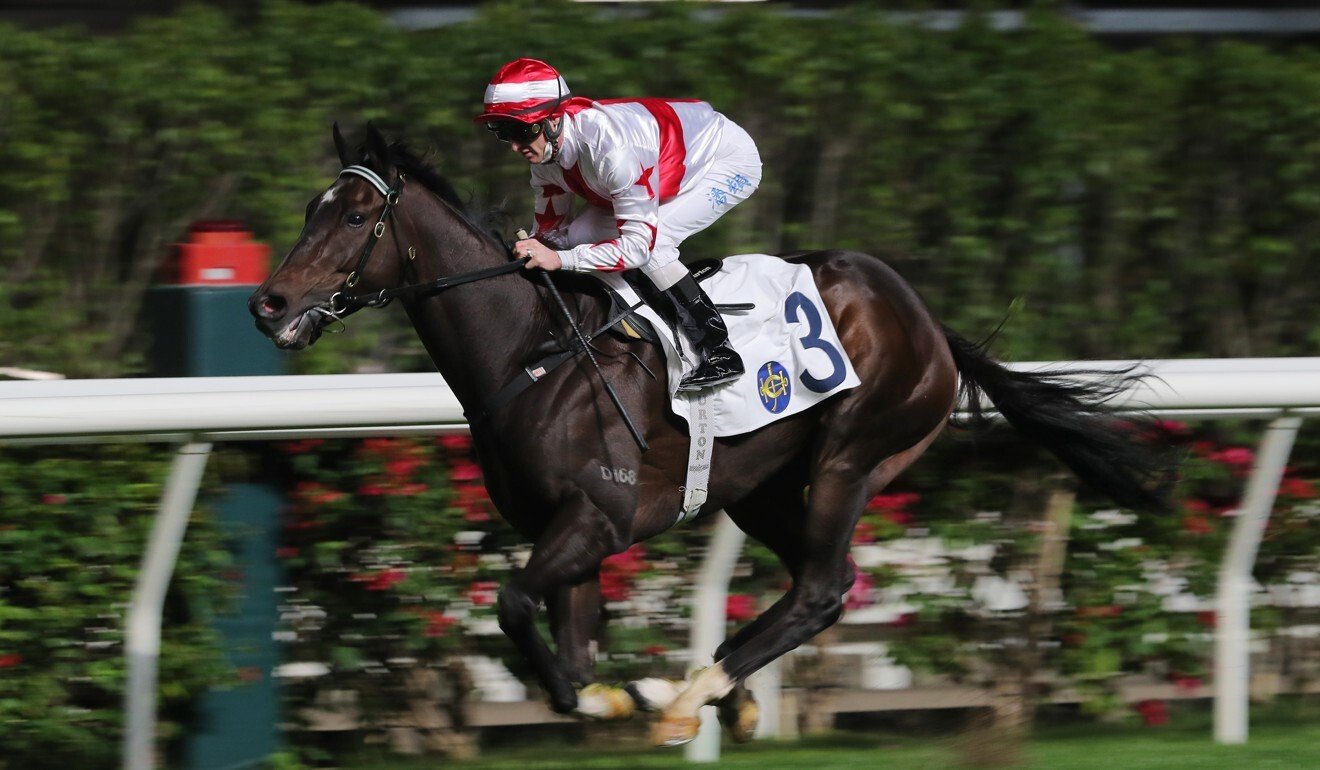 Joao Moreira countered Purton’s double with a treble, trimming his rival’s lead in the title race to eight thanks to successes aboard Tony Millard’s Super Hong Kong, A Smile Like Yours for John Size and the Chris So Wai-yin-trained Tianchi Monster.

Elsewhere on the night, the Class Five Mesia Handicap (1,000m) was more remarkable than most cellar-grade contests, with an avalanche of late money ensuring three runners were brown-lamped after having their odds halved.

There were mixed results for those that piled into the trio, with Douglas Whyte’s Universal Crown winning under Alfred Chan Ka-hei after being backed from $10 to $5.40 in the last two minutes of betting and Dragon Pride finishing third, while it was a horror watch for Winning Strikes’ supporters.

Tianchi Monster leaves it late but he gets there in the end, sealing a treble for champion jockey Joao Moreira! #HappyWednesday #HKracing pic.twitter.com/QS4QwoRW4o

Paul O’Sullivan’s five-year-old was hammered from $14 into $5.70 late but started buckjumping about 50m into the race, throwing jockey Jerry Chau Chun-lok to the turf as punters watched their investment go up in smoke.

Chau fortunately came through the incident unscathed and was able to ride on but the best he could manage was a couple of placings on a night when Harry Bentley (Smart Idea), Matthew Chadwick (Joyful Win) and Antoine Hamelin (Family Folks) were the other riders to taste success.

Family Folks continued his consistent form in the final race, ringing up his fourth win at start 13 in the Class Three Tern Handicap (1,200m) to give trainer Michael Chang Chun-wai his fifth victory of the term. 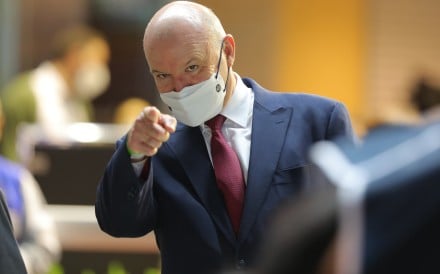 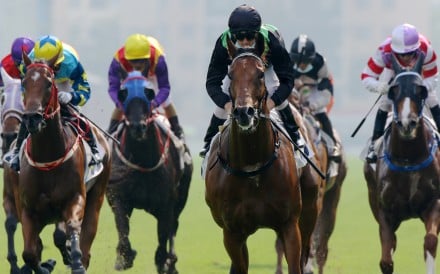 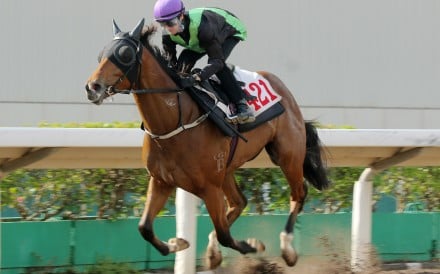