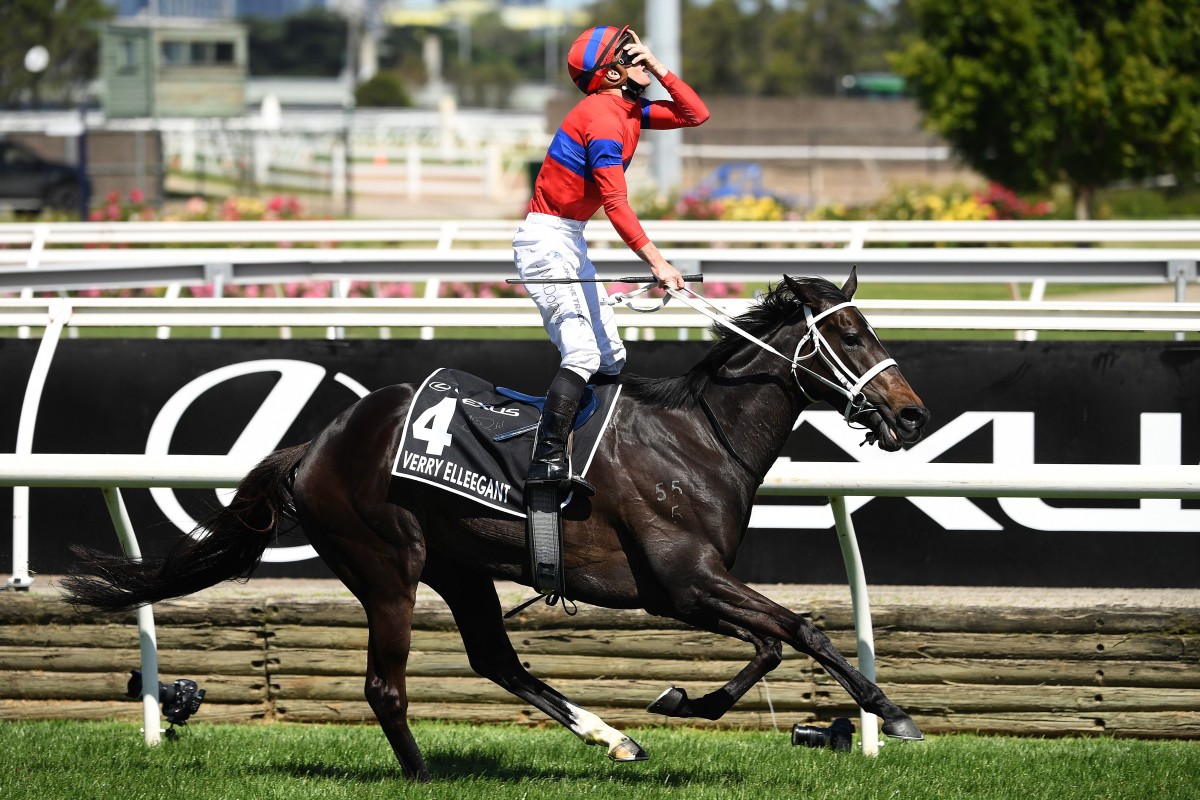 Just in case there was someone left – somewhere – who needed a reminder that James McDonald is one of modern racing’s greats, the week of October 30 to November 6 proved that notion as fact, yet again.

The Kiwi jockey came into this year’s Melbourne Cup Carnival an established star. When the dust settled by its end, he’d simply gone ballistic. The 29-year-old collected a record 10 wins in total, among them four Group Ones which included the grandaddy of them all – the Melbourne Cup with Verry Elleegant.

“Absolutely a dream come true,” says McDonald. “It really just couldn’t have gone any better, to obviously win a Melbourne Cup and have four Group Ones within the space of five days was pretty cool. And yeah, hopefully now the momentum carries on.”

The Hong Kong Jockey Club was quick to swoop, signing McDonald for this year’s International Jockeys’ Championship (IJC) and giving him a global platform to further showcase his talents come Wednesday night at Happy Valley.

The New Zealand Racing Hall of Famer will be joined on the flight into town by Australia’s Damian Lane and they’ll line-up against a local contingent led by Zac Purton and Joao Moreira, along with other internationals including the British trio of Ryan Moore, Tom Marquand and Hollie Doyle, France’s Mickael Barzalona and Yuga Kawada from Japan.

Even for a race that has thrown up so much drama over 161 editions, this Melbourne Cup was one for the ages as Verry Elleegant emerged from the pack about 400m out, hit the lead at the 300m and then just kept on improving.

It was McDonald’s first win in the race that, they say, stops a nation – if not the racing world – and it was the consummate display of a jockey with absolute faith in the engine driving the beats beneath him. And to think she went out at 20s here in Hong Kong.

“She was in a great rhythm all the way, so I knew all along she was going to have a chance,” he says. “And from about the 400m she was never going to get beat. She executed brilliantly and she was a nine-time Group One winner going in. There wasn’t any horse near her calibre.

“When we hit the lead it was pretty amazing, almost disbelief. It was pretty surreal, coming back in and knowing we’d won.”

In the aftermath of Melbourne Cup week, McDonald was talking up trips overseas – with the likes of Verry Elleegant and maybe even The Everest winner Nature Strip – and he still sees international races in his future, maybe even one day a stint here in Hong Kong.

The last time a jockey arrived in Hong Kong for international week on the back of such an example of individual brilliance, Frankie Dettori was still buzzing from that famous seven-timer at Royal Ascot in 1996 and he went onto pick up a win in the Vase on Luso before, some still like to claim, spreading the love by shouting the bar at the then JJ’s nightclub at the Grand Hyatt.

There’ll be no such luck for the coat-tuggers this time around with McDonald confined to the Jockey Club’s “racing bubble” that allows international participants to compete without coming into contact with the general public.

McDonald has opted to head straight back home following the IJC, with the decision to skip the Longines Hong Kong International Races – and the possibility of rides in four Group Ones – never really in any doubt due to McDonald’s commitment to flying filly Coolangatta and the two-year-old’s looming Magic Millions campaign.

Surf's up at Royal Randwick!@cmaherracing & David Eustace go back-to-back in the Group 3 Keeneland Gimcrack Stakes with Coolangatta into $11 with @tabcomau for the 2022 Golden Slipper after running 56.78 in beating Drisana and Pantonario. @7horseracing @mcacajamez pic.twitter.com/EpP1B71kLc

Pandemic protocols require McDonald to do a two-week quarantine period before riding in Queensland on December 26, so he has stuck with his decision.

“She is very good, by the looks of her,” says McDonald. “She’s pretty much bombproof and she’s getting ready for the Magic Millions. I had committed to her and it was always going to be one or the other.

“She’s no certainty but the decision had been made. It would have been nice to stay for the international meeting as well. Hopefully I can next year.”

So it’s down to Wednesday and trying to capture the coveted IJC for the first time after finishing runner-up in 2011 and third in 2014.

“Everything is working out well,” says McDonald. “I put the work in, I leave no stone unturned. It would have been lovely to stay there for the internationals but Covid has been a bigger thing the whole way through so you’ve gotta roll with the punches. As I said before, now it’s just a case of keeping that momentum going.”