Romantic Warrior and Seasons Bliss are both chasing a hat-trick of wins but Saturday’s Class Three Lukfook Jewellery F-Style Pt In Style Collection Handicap (1,200m) boasts a lot of depth 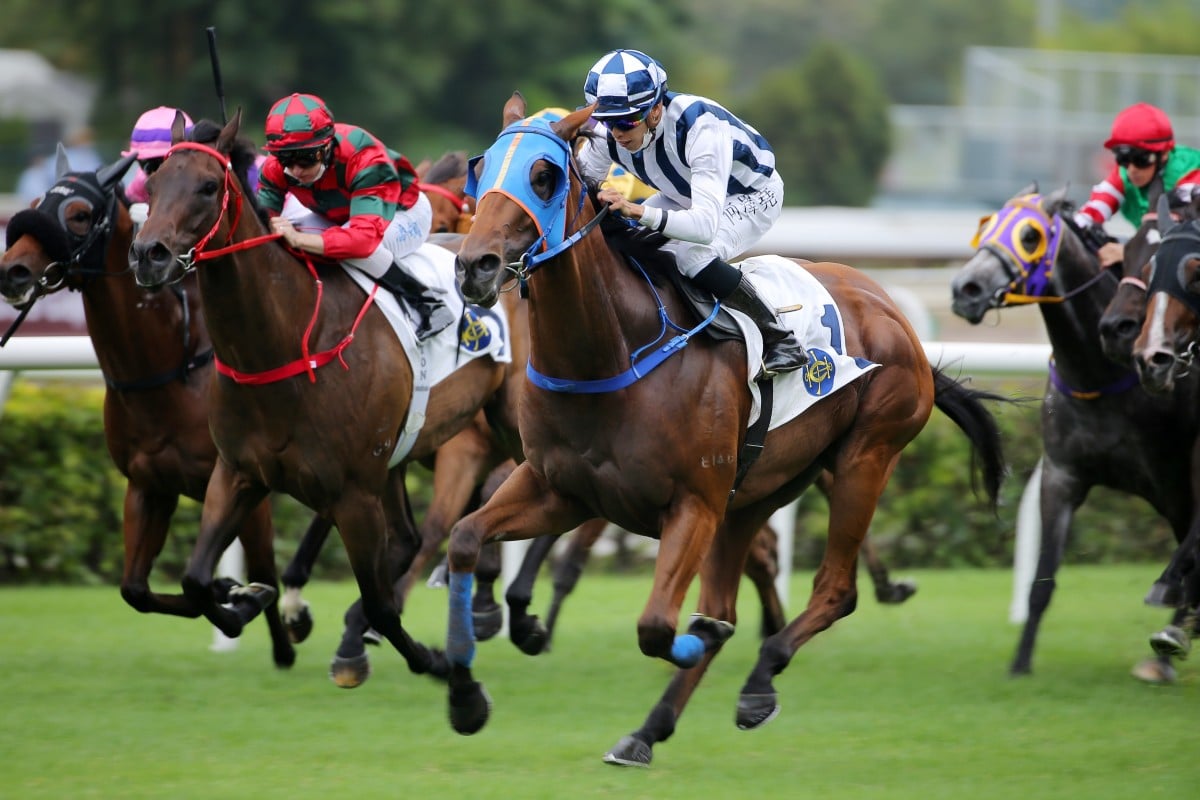 A couple of winning streaks will be put to the test at Sha Tin on Saturday when the undefeated Romantic Warrior and the in-form Seasons Bliss go head-to-head in the Class Three Lukfook Jewellery F-Style Pt In Style Collection Handicap (1,200m).

There is a natural let-down after the Hong Kong International Races but the contest – headlined by two talented young horses chasing a hat-trick of wins – is a a stand-out as racing returns to Sha Tin for the first time since Sunday’s feature meeting.

The Danny Shum Chap-shing-trained Romantic Warrior has taken all before him so far, winning both his starts in impressive fashion.

There are two key differences this time around though, with the three-year-old son of Acclamation stepping up in grade while also gracing the Sha Tin turf for the first time under race conditions.

The switch from Happy Valley shouldn’t prove too much of an issue, nor should the rise in the class, with star jockey Joao Moreira retaining the mount from barrier seven.

Romantic Warrior’s biggest challenge might be overcoming Jimmy Ting Koon-ho’s Seasons Bliss, who showed promise last season without winning but has flourished this campaign, saluting in both of his runs.

Both of those performances came over this course and distance with Vincent Ho Chak-yiu in the saddle – and they remain constants – while they should get a nice run in transit after drawing gate four.

While Romantic Warrior and Seasons Bliss have the runs on the board, there is a big watch on four other lightly raced types who have flashed some potential and are looking to break their Hong Kong maidens.

Ennea Fortune, from the Dennis Yip Chor-hong yard, might carry the strongest form-line into the race after a strong second to rising star California Spangle last month, who has since gone on to secure a gutsy victory on the international day undercard.

That effort suggests the New Zealand import will be posing for photos in the winner’s circle soon, but his task this weekend has been made more challenging for jockey Matthew Chadwick after being handed the outside stall.

Frankie Lor Fu-chuen’s Five Elements, another who boasts Kiwi origins, showed a bit in his first two Hong Kong starts before disappointing when sixth as an odds-on favourite last month.

Danny Shum far from finished after landing 700th winner: ‘I need to do better’

That effort is a complete forgive, however, considering the three-year-old endured a torrid run – he was at least four-wide without cover throughout – and he should enjoy a much sweeter trip on Saturday from gate six.

Moreira had ridden Five Elements in his three previous starts, but with the Magic Man electing to stick with Romantic Warrior, Derek Leung Ka-chun gets his chance.

One horse who finished in front of Five Elements on that occasion was Benno Yung Tin-pang’s Handsome Twelve, who caught the eye when third in his Hong Kong debut.

He should take plenty of improvement from that and Karis Teetan jumps aboard from barrier five.

The other youngster to pay attention to is Armour Eagle, from the Me Tsui Yu-sak stable, who flashed home to be beaten just two lengths by The Golden Scenery last month, in what looks another strong form race.

The four-year-old son of Epaulette started a rank outsider at $153 that day but he’ll be kept much safer this time around with Alexis Badel taking the ride from gate eight. 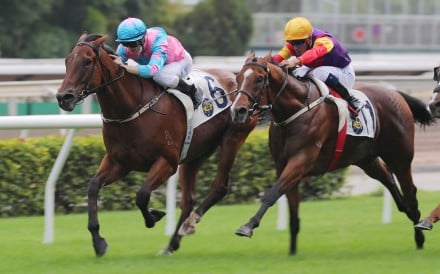