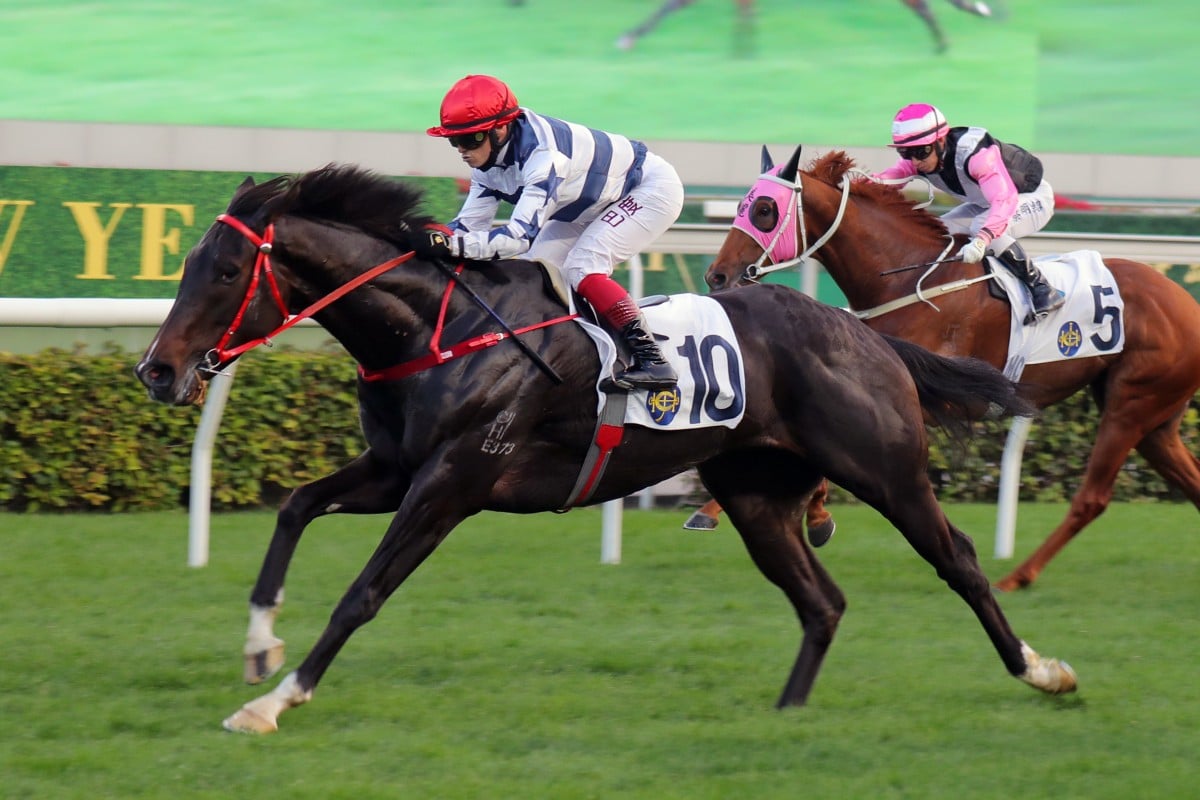 Packing Victory and Fantastic Treasure have laid down a mouthwatering marker for the Classic Mile later this month, with the former making it four wins from six starts and the latter producing an eye-catching third at Sha Tin on Saturday.

Alexis Badel settled Packing Victory behind leader Beauty Joy in the Class Two Cherry Handicap (1,400m) and Danny Shum Chap-shing’s four-year-old proved far too strong in the straight with just 118 pounds on his back.

“He had a light weight and he got cover, so he had everything in his favour,” Shum said. “Hopefully he is still improving, we will go straight to the Classic Mile from here.”

Another horse who will go straight to the first leg of the four-year-old series on January 30 is the David Hayes-trained Fantastic Treasure, who thundered home from near last lugging 133 pounds and looks set to thrive at set weights over a mile.

John Size’s Blaze Warrior was the other Classic Series hopeful in the race and he finished off solidly for fifth, while a couple of other gallopers could also look to head that way after victories.

“I think he was more impressive today, stronger on the line and I think we might go out to 1,400m for his next race,” Hayes said.

Zac Purton and Lyle Hewitson are edging closer to a return from the injuries they suffered in the horror fall in last month’s Hong Kong Sprint.

After initially hoping to be back riding in races on January 5, four-time champion jockey Purton has pushed his resumption back a week as he works his way back to full fitness after suffering fractures to the ribs, nose and wrist.

“I feel like I’ve turned the corner in the last couple of days, I’m beginning to get more and more comfortable all the time and the pain has gone away,” Purton said.

“I go back to the doctor on Wednesday to get my wrist scanned again. I got it scanned earlier in the week and he said it hadn’t quite knitted enough, he’s worried if I put too much pressure on it too soon I might refracture it so he wanted me to give it an extra week.

Some low impact activity to help on the road to recovery - feeling better & stronger again each day 💪🙏 pic.twitter.com/G6IVpaLAwk

“It looks like I will be back at the races on January 12. As soon as I get the all-clear I’ll be back at trackwork, it might be this Friday or Saturday or the Monday or Tuesday after.”

Young South African star Hewitson, who suffered a minor fracture of the pelvis, would like to be back in the saddle on the same day as Purton but admits that while January 12 would be the best-case return date, it might be a touch ambitious.

“I’m flying, every day is getting better and better. I started off with swimming and just recently hopped on the bike and I have also started doing EMS training – electrical muscle simulation,” Hewitson said, adding that he hopes to be back riding work within a week.

“I’ll start off slow, one or two [horses] the first morning and then build up, and then it’s up to me depending on how I’m feeling if I want to start [race riding] on the 12th or the 16th, wherever I want to start.

“I just want to get on a few at work and then have a hit-out in a trial so I know where I’m at and I can make a call.” 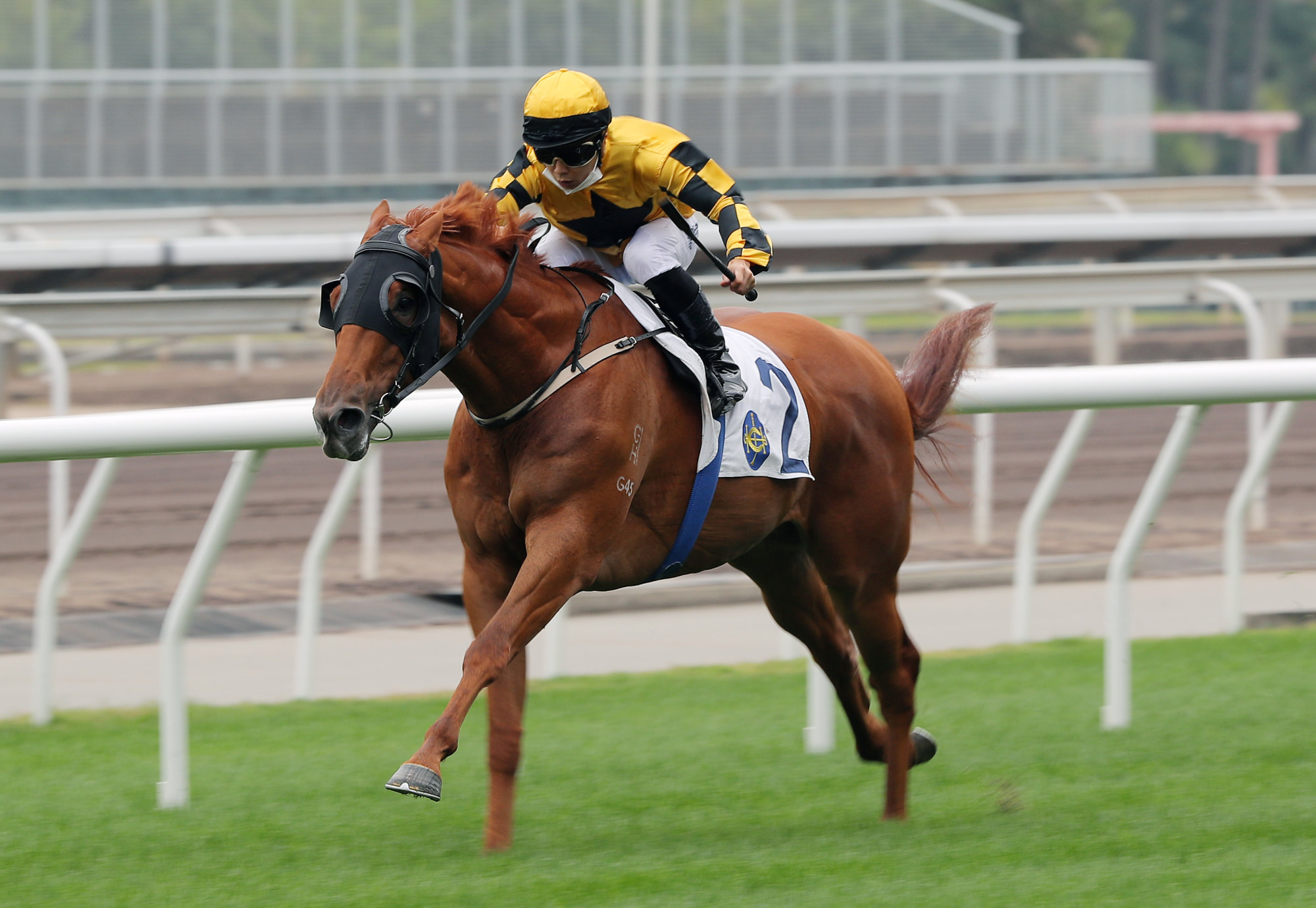 Hall sends down another Ace

Flying Ace has showed his versatility to remain unbeaten, making it two wins from as many starts in the first section of the Class Four Palm Handicap (1,200m).

After settling in the back half of the field from barrier 10 before exploding late under Matthew Poon Ming-fai to salute on debut at Happy Valley, Flying Ace jumped cleanly in his first Sha Tin outing and assumed the box-seat.

“He was obviously impressive first-up and that is hard to do and first time at Sha Tin [he has impressed] again,” trainer David Hall said.

“He was a little bit better today, he got himself out of the gates a bit better and took up a good position. It’s good to see him progressing and getting another win on the board.”

David Hall's got a good one! 👀 Flying Ace remains unbeaten in style, extending under Matthew Poon for a tidy win. #HKracing pic.twitter.com/fvQlzhbYOB

Heavily back in the final minutes of betting, Flying Ace jumped a $2.05 favourite and looked in control throughout.

Poon eased the four-year-old into clear air at the 400m and he was quick to take the race by the scruff of the neck, eventually saluting by a length and a quarter ahead of Ricky Yiu Poon-fai’s debutant Leslie, with another debutant in Beauty Live – from the Frankie Lor Fu-chuen stable – finishing third.

“I think everyone can see that he’s got Class Three ability, it’s always nice for them to get another free hit in Class Four and to get it right. Now he can make some more progression and I think Class Three is fine for him,” Hall said.

“Now we’ve seen him at both tracks so he has got that flexibility about where he can go and how far distance-wise he goes, we’re still not sure yet but it was certainly good for his confidence today.”

Yiu continued his march up the premiership table with a double thanks to the wins of Darci Joy and Nimble Nimbus, with jockey Harry Bentley saluting on the latter to continue his own strong form.

After only one win in each of September and October, Yiu landed four victories in November and five in December and is now up to 11th position on 13 winners.

He's at it again! 🔥 Fresh off his midweek double, @HarryBentley_ chimes in with Nimble Nimbus for trainer Ricky Yiu! #HKracing pic.twitter.com/dtXV9JAYoY

After two winners at Wednesday night’s all-weather meeting, Bentley now has four victories from the past three meetings and sits on nine for the campaign. 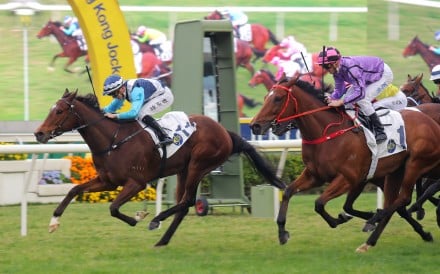 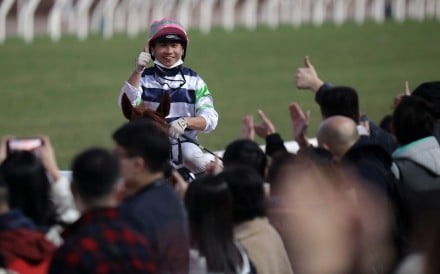