The veteran trainer saddles up seven runners at the midweek meeting, with one smart speedster shooting for a third victory in a row 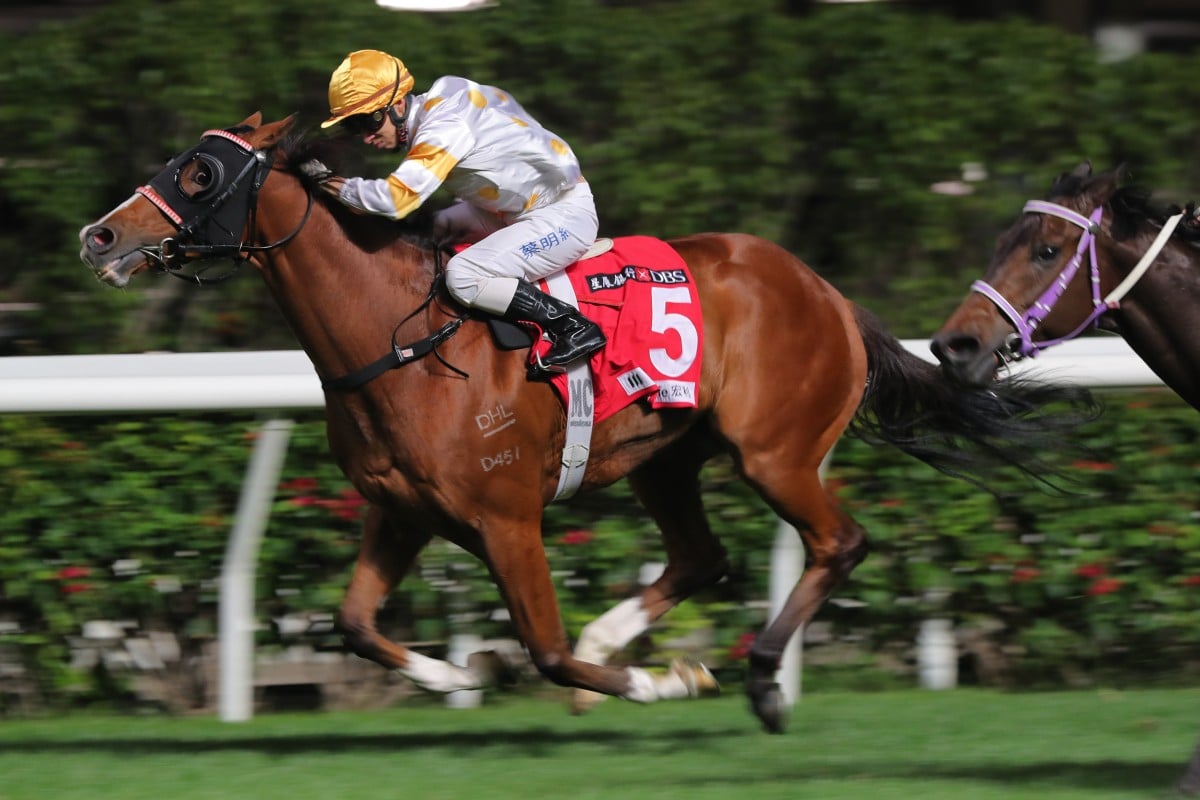 Ricky Yiu Poon-fai may have lost a race in the stewards’ room at Sha Tin on Sunday when Alcari was demoted from first place, but his wait to return to the winner’s enclosure could be a short one.

Yiu, who took the stewards’ decision to take down Alcari with good grace, has seven runners at Happy Valley on Wednesday night with his team spearheaded by Joyful Win.

The improving four-year-old chases a course-and-distance hat-trick under Matthew Chadwick in the Class Three Kowloon City Handicap (1,000m) and his trainer is hopeful his winning streak can continue.

“He’s very consistent, he’s an up-and-coming youngster who is only four and he loves the course and distance,” Yiu said.

Joyful Win may have to do it the hard way if he is to achieve his third victory in a row, with the likely pacesetter – who has not been headed in his past two starts – having an outside draw in barrier 12 to overcome.

He has yet to win from that stall in three previous attempts at Happy Valley – once over 1000m and twice over 1,200m – with third his best finishing position.

Elsewhere on the card, the Yiu-trained Island Shine makes his return from injury in the Class Four Ma Tau Wai Handicap (1,200m).

The six-year-old took a heavy fall when last in action at Happy Valley in July and carries top weight for this seasonal reappearance, but should improve for his comeback run.

“He had a little surgery to take a little chip off his fetlock joint in Conghua but he’s fully recovered now,” said Yiu. “He’s a nice horse and although he’s not really 100 per cent fit after the break, he’s very honest and he’ll run well.”

Matthew Poon Ming-Fai takes some valuable weight off Island Shine’s back but the pair face stiff competition from Savvy Delight, who was beaten just a head in his second Hong Kong start last time, and Spicy Grill, who has won three of his last six races.

Off The Reel will be looking to bounce back to winning ways for Yiu in the Class Four To Kwa Wan Handicap (1650m) after finishing a disappointing tenth in his last run.

While he was successful two starts back over the course and distance, Yiu thinks the best of him may be seen when he stretches out in distance.

Close one! Off The Reel defies a game Who Loves The Ace, scoring his first win for @zpurton & Ricky Yiu. #HappyWednesday #HKracing pic.twitter.com/rLquMdjMf0

Yiu also saddles up Excellent Peers, who is in with a chance of troubling the judge in the Class Four Ma Tau Kok Handicap (1,000m).

The New Zealand-bred gelding showed improved form on his second Hong Kong start when making some eye-catching late headway to finish fifth behind Wild West Wing and could be the type to continue to improve.

With King’s Trooper, Colonel and World Famous also set to represent the yard, Yiu may be set for a welcome change of luck after Sunday’s disappointing demotion.