One of Europe’s most improved mares takes centre stage in the Group One Yorkshire Oaks (2,400m) at York on Thursday.

Alpinista is almost as much of a mystery to British punters as she will be to Hong Kong bettors with her six-run winning streak featuring three Group One wins in Germany and the Grand Prix de Saint-Cloud in France on her latest start.

That French success was her career-best performance and catapulted her into the reckoning for the Prix de l’Arc de Triomphe, Europe’s premier race for middle-distance horses held at Longchamp at the start of October.

Only Japanese raider Titleholder and last year’s winner Torquator Tasso are shorter in the betting for this season’s Arc and Alpinista will need to win this if she is to announce herself a true contender for this autumn’s biggest race.

🤩 What a performance from Alpinista! The five-year-old mare is back with Group One success in the Grand Prix de Saint-Cloud for Luke Morris and Sir Mark Prescott... pic.twitter.com/gHpyp7hzkM

The Mark Prescott-trained galloper also has it all to do at the weights, giving nine pounds to some talented three-year-old fillies including Oaks winner Tuesday.

The Irish raider looked a potential star when winning that fillies’ Classic at Epsom in June but failed to back that up when finishing a well-beaten fourth behind some top colts in the Irish Derby.

She must be feared back against her own sex but Alpinista could have most to fear from Group One winner Magical Lagoon and the improving French filly Raclette, who is rising through the ranks rapidly and arrives off the back of a decent win in Group Two company.

The Group Two Lowther Stakes (1,200m) for two-year-old fillies has attracted a bumper field of 14 with all bar one of the runners having already managed to find their way into the winner’s enclosure at least once.

Dramatised seems the obvious place to start looking for the winner after remaining unbeaten when winning the Group Two Queen Mary Stakes at Royal Ascot in good fashion last time.

That win came over 1,000m but her style of running suggests she should have no trouble getting the extra distance and she will start a warm favourite to continue a winning start to her career.

Mawj should be her biggest danger after saluting in the Group Two Duke Of Cambridge Stakes at Newmarket last time, while at a bigger price Kerindia could well improve enough to sneak a place after finishing a good third to The Antarctic in France last time.

The Clipper Logistics Heritage Handicap (1,600m) is an ultra-competitive race with 20 runners going to post and the bookmakers going $7 the field.

As the prices suggest, the race is wide open but Shining Blue could be forgiven a bad run at Goodwood last time when he was trapped wide throughout from a bad draw. He’d earlier won his first three starts and can bounce back under Frankie Dettori.

Trainer Richard Hannon is always a man to be feared in the valuable sales races and his Shouldvebeenaring holds a good chance of winning the Goffs Premier Yearling Stakes (1,200m) after winning at Ripon in some style last time. 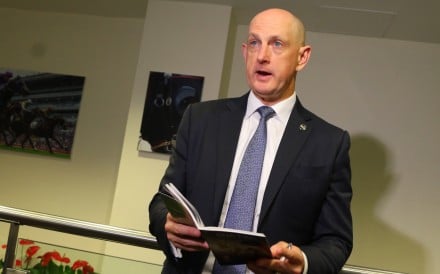