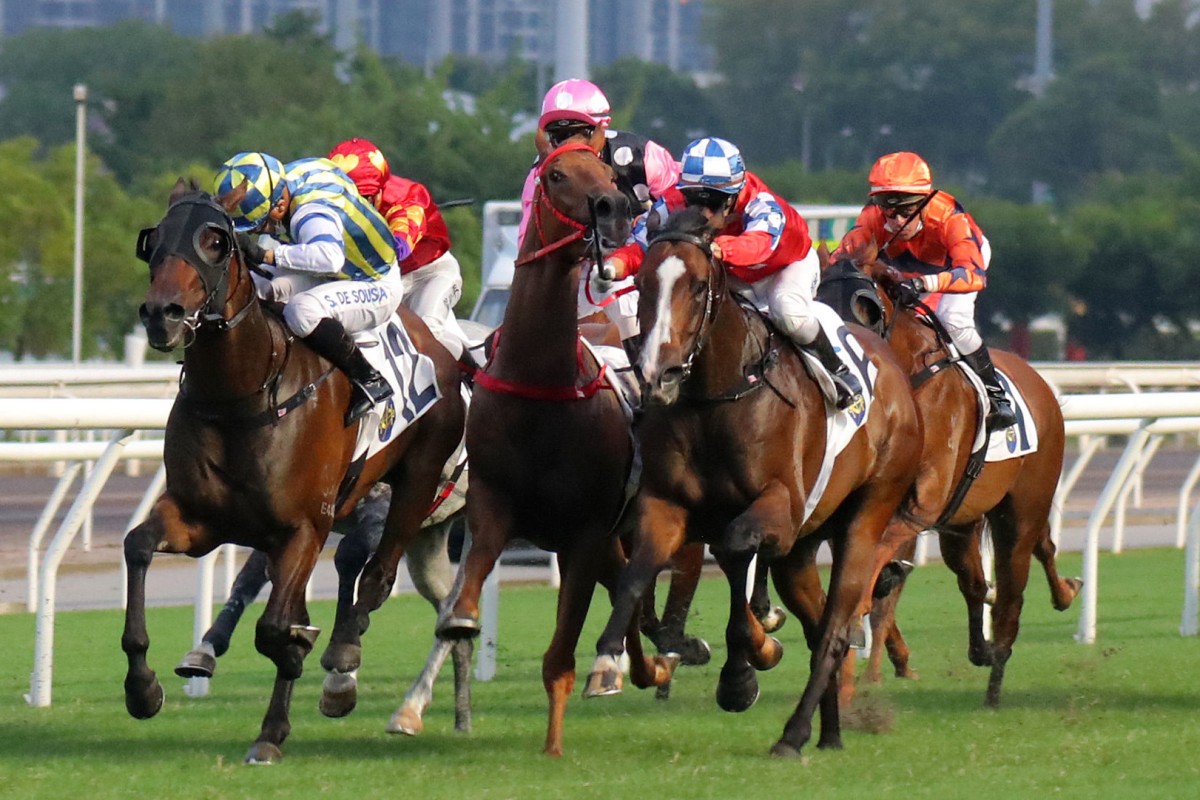 Class Three races do not get much more alluring than Sunday’s Chevalier Environmental Engineering Handicap (1,200m), the competitive nature of which Zac Purton hopes will assist him to make up for his uncharacteristic blemish aboard sponsor-owned Beauty Eternal on Sa Sa Ladies’ Purse Day.

The penultimate event on Sha Tin’s 10-race programme will see Beauty Eternal, the manner of whose last-start loss at $1.5 caused many of his female fans on course to cry and ruin their mascara, come face to face with impressive debut winner Superb Capitalist.

Responsible for the opening leg of apprentice jockey Angus Chung Yik-lai’s first Hong Kong double, Superb Capitalist kicked off his career with a four-and-a-half length victory and stopped the clock at 68.42 seconds – the second-fastest Class Four-winning time over Sha Tin’s 1,200m trip in the past 18 years.

In spite of the weight differential, Purton is glad Superb Capitalist is in the field because, according to the champion jockey, it should stop his fellow riders focusing on him exclusively in running.

“He’s been impressive in both of his runs,” said Purton of Beauty Eternal. “Last start, things didn’t go his way, but he showed us again he’s a talented horse, and he showed us he’s quite brave as well.

“That’s racing. Sometimes it goes your way, and sometimes it doesn’t. It doesn’t help when other jockeys are out there making it difficult for you as well. Instead of trying to win the race themselves, they’re more concerned about what I’m doing.

“But in this race, when there are two good chances, they’re going to have their eyes on both of us. Superb Capitalist showed he likes to roll along, so it might open the field up a little bit more.

Superb Capitalist is not for catching! The impressive youngster clocks a slick 1m 08.42s to take the first race at Sha Tin for @angusylchung and Tony Cruz. #HKracing pic.twitter.com/wuTODcLTT4

“The only thing my bloke hasn’t done yet is begin well and put himself in a spot. He always finds himself struggling to get his rhythm early and get going, so that’s something he needs to improve on, but also in time I think he’s going to want further.

“I think he’s running at a distance that’s a little bit sharp for him, so it probably plays into the hands of Superb Capitalist being an on-pace runner with the rail position where it’s going to be. We’re going to have do everything to try and chase him.”

Whereas Purton wishes to beat a Tony Cruz-trained runner in the Chevalier Environmental Engineering Handicap, the Australian jockey wants to win on one of the handler’s other rising stars, Beautyverse, who is set to tackle two Hong Kong International Races (HKIR) runners and a couple of last-start victors in the Class One Chevalier Cup (1,600m).

Excellent Proposal and Butterfield are HKIR bound. Running Glory and Beluga are eyeing off more prize money for their connections. But four-year-old imported horse Beautyverse, who won the Group One South Australian Derby (2,500m) at Morphettville in May, is targeting the forthcoming Classic Series.

“He did a really good job from a wide gate first up against what was his normal racing style previously. He had to fight for it in the end, and he wanted to fight for it,” said Purton of Beautyverse, who has drawn gate two for his second-up assignment.

“The only thing he doesn’t possess is natural gate speed. He took a couple of hundred metres to get into his rhythm and get rolling last time. Having drawn the outside, that allowed him to do that. When you draw inside, if horses are quicker than him out the gates, he’ll have to take a position behind.

“His form from overseas suggests [he’ll want further than 1,600m], but here we are again, and we’ll see what he’s got. He’s a galloper. He’s certainly got a big set of lungs.

“I knew that immediately when I trialled him at Happy Valley. It took me a long time after the trial to pull him up. He continued to want to truck along, so he’s obviously a stayer and a galloper. He showed that again at his first start.

“We’ve got a long path ahead of us. Hopefully, he can continue to do the right things and keep pleasing us. [The Hong Kong Derby is] probably going to be his first main goal. After that, hopefully, he’ll have plenty more grand finals in him.”