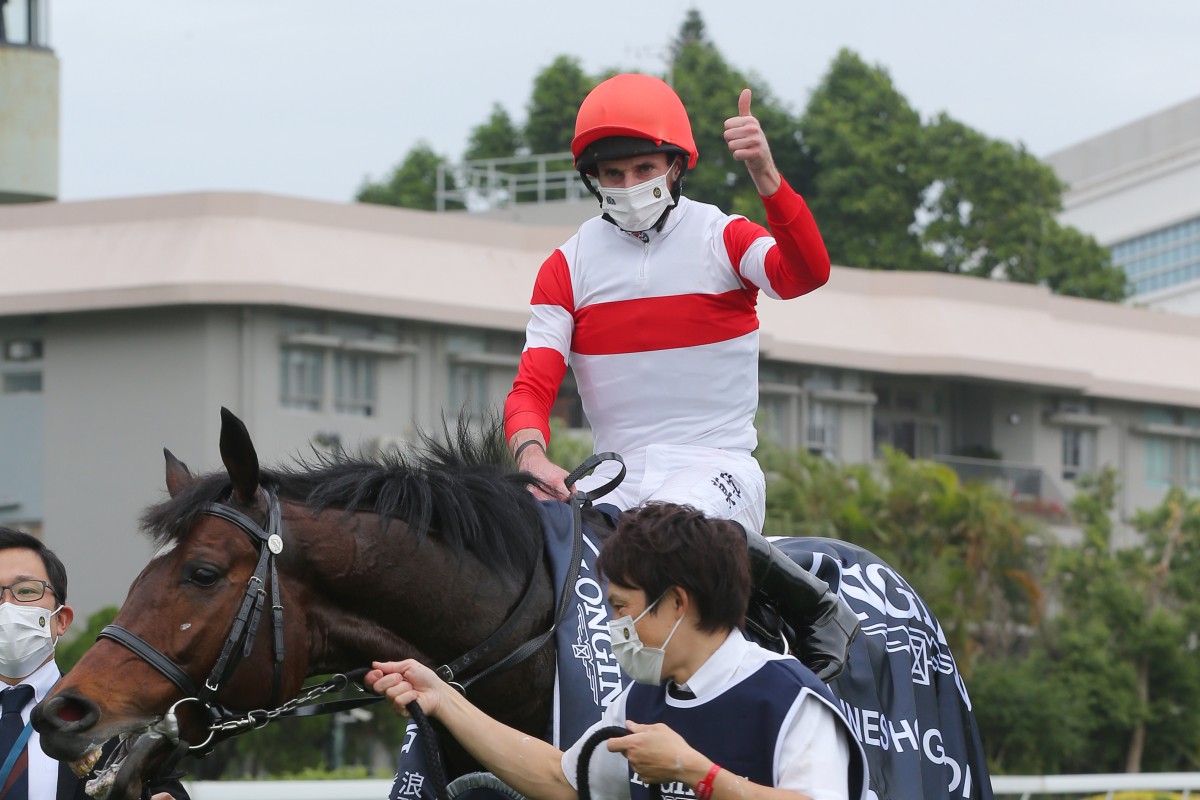 Gun English jockey Ryan Moore will ride Wellington in next month’s Group One Hong Kong Sprint (1,200m), with trainer Richard Gibson confirming his stable star is on track for the international races.

Wellington pulled up lame after a disappointing sixth in the Group Two Jockey Club Sprint (1,200m) on November 20, but Gibson is pleased with how his three-time Group One winner has progressed since.

“He’s had a good week. It’s still early doors, but signs are looking good,” Gibson said. “Depending on track conditions, we intend to give Wellington a stretch of the legs [on Monday] morning.”

Moore, who took out Sunday’s Group One Japan Cup (2,400m) aboard Vela Azul, replaces Wellington’s regular rider Alexis Badel, who is sidelined after injuring his shoulder and ankle in a fall at Sha Tin on the same day as Wellington’s failure.

Moore chases a second Hong Kong Sprint victory after saluting aboard Danon Smash in 2020. His seven Longines Hong Kong International Races wins put him behind only Zac Purton on nine and Gerald Mosse’s eight for the most at Sha Tin’s marquee meeting.

Moore is expected to partner Japanese raider Salios in the Hong Kong Mile, while he is likely to ride for Aidan O’Brien in the Hong Kong Cup and the Hong Kong Vase, with the legendary Irish handler sending Order Of Australia to the Cup and Stone Age, Broome and Bolshoi Ballet to the Vase.

Wellington, who is chasing his first win in the city’s premier sprint, is joined by stablemate Cordyceps Six in the field, and Brazilian jockey Silvestre de Sousa retains that ride after partnering the four-year-old to fifth in the Jockey Club Sprint.

Frankie Lor Fu-chuen has long been confident Keefy will prove his leading Classic Series hope, and the four-year-old showed why with a commanding victory in the Class One Chevalier Cup (1,600m) at Sha Tin on Sunday.

After two wins in Ipswich, the Australian import was handed a rating of 75 on arrival in Hong Kong and had lifted his mark to 91 with a win and three seconds before Sunday’s victory, which ensures Keefy will enter January’s Classic Mile as one of the highest-rated contenders.

After settling his mount forward of midfield, Derek Leung Ka-chun pulled Keefy out into clear air upon straightening and he let down beautifully to see off runner-up Beluga by three and a half lengths.

“I think so. Usually the top-rated horses should be better,” Lor said when asked if he thinks Keefy can match it with the best of his age group.

Getting there, getting there! Youthful Deal winds up and nails Happy Fat Cat on the line under @zpurton for trainer Frankie Lor. 💥@FCLOR_RACING | #HKracing pic.twitter.com/YtPXjjKd1D

“On January 1, we’ll have Healthy Happy running. Maybe I can enter both, but I’ll have to see.”

Keefy’s win completed a double for Lor after the earlier win of Youthful Deal, which came under Zac Purton in the Class Four Chevalier Car Dealership Handicap (1,200m) on the all-weather track.

The reigning champion trainer moved to 19 winners for the season and into top spot in the premiership race, one clear of previous leader Tony Cruz.

“It’s very lucky and I hope it continues,” Leung said, before adding his assessment of Keefy’s victory.

“It was a good win – he had everything suitable for him. He had a nice tempo. Last time it was too slow and this time the tempo was a bit quicker and he was in a good position, so I didn’t have to use him in the early part and he saved the battery.

Fiery Diamond’s win saw the galloper ring up a hat-trick and continue Benno Yung Tin-pang’s dirt dominance, with the quietly spoken trainer bagging six of the 23 races run on Sha Tin’s inner track so far in 2022-23.

Fiery Diamond is responsible for half of those all-weather successes and the five-year-old handled the step-up to Class Three company with aplomb, striding out to win by nearly four lengths.

“He’s in great form. He’s more mature than last year, and he keeps improving,” said Yung, who moved to 11 winners for the campaign and into the top 10 in the premiership after also saluting with Chiu Chow Brother. “I’m really happy with how things are going so far.”

Bowman on the double

Hugh Bowman is looking right at home just three meetings into his three-month stint, ringing up his first Hong Kong double since 2014 with victories aboard We Are Hero and Solar Winds.

Bowman took down $1.8 chance Baby Crystal in the Class Four Chevalier Aluminium Engineering Handicap (1,000m) after We Are Hero was backed from $8.5 to $5.5 in the final two minutes of betting.