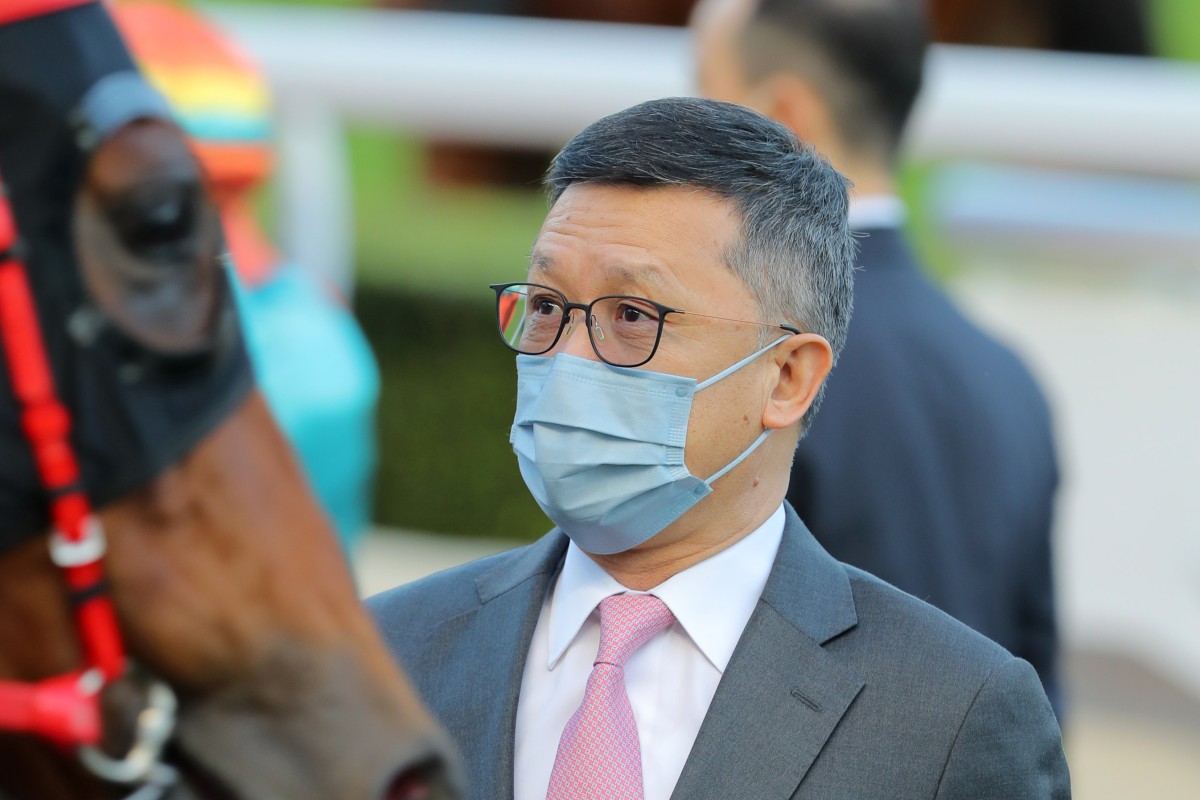 Peter Ho Leung and Zac Purton had not had a winner together for well over 18 months heading into Sunday’s Sha Tin meeting, and the veteran trainer admits he thought that drought would continue when the star jockey took Amazing Victory back to fourth last in the Class Three Nathan Handicap (1,400m).

Travelling wide down the back straight from gate 13, Purton took his medicine aboard the four-year-old and shuffled him back before slotting in near the rear of the field as the leaders set a strong early speed.

The star Australian then rode for luck near the inside on straightening for home and allowed Amazing Victory to slice through the field and finish over the top of his rivals.

“It was a nice win. I never thought he could win this way, because it’s never happened. I spoke to Zac and said ‘how dare you drop my horse back so far, there’s no chance of winning from there on the C+3 course’. But still he could win,” smiled Ho.

Amazing Victory reels in the favourite and goes home best! That's a @zpurton treble, one week out from the 2022 @LONGINES #HKIR... 🔥 #HKracing pic.twitter.com/NFgBtn8vkL

It was Amazing Victory’s third win from four starts this season, and Ho is hopeful there is more to come from the son of Sizzling, including a potential tilt at next month’s Classic Mile for four-year-olds.

“I might have to try and get him to a Classic Mile. He should learn from this race, and we will try to relax him even more. If he can relax further, I think he can handle 1,600m,” Ho said.

“I truly believe the horse will keep improving. He’s growing in confidence, he loves to fight and he loves to win races. It was a good effort from the horse and from the jockey, and a nice surprise for me.”

Amazing Victory’s win saw Ho move to eight successes for the season and the galloper has been a flag-bearer in the 62-year-old’s change in fortunes. Ho received a strike for failing to meet the Jockey Club’s trainers’ benchmark last season after managing only 14 winners. However, he is already halfway to meeting the requirement this season through just 24 of the 88 meetings.

“Last year was really bad for me,” Ho said. “I had 13 or 14 three-year-olds and they were too immature and I couldn’t push them too hard. They all needed time to acclimatise, but now they are four, they can win.”

Amazing Victory, who had eight starts last season for three seconds and a third, and two-time 2022-23 winner Woodfire Bro are the four-year-olds leading the charge for Ho at the moment, but he is confident there are others who can carry the baton as the season progresses.

“I’m very happy, and hopefully, I can continue to do better this season,” he said.

Ho will turn to his stable star, Packing Award, to keep his momentum going, with the 91-rated galloper lining up at Happy Valley on Wednesday night.

After four wins for Ho last season, Packing Award saluted first up this term and will look to make it three victories in a row.