As many as 30,000 fans will be trackside at Sunday’s Longines Hong Kong International Races as the city’s superstar chases a record-equalling Mile hat-trick 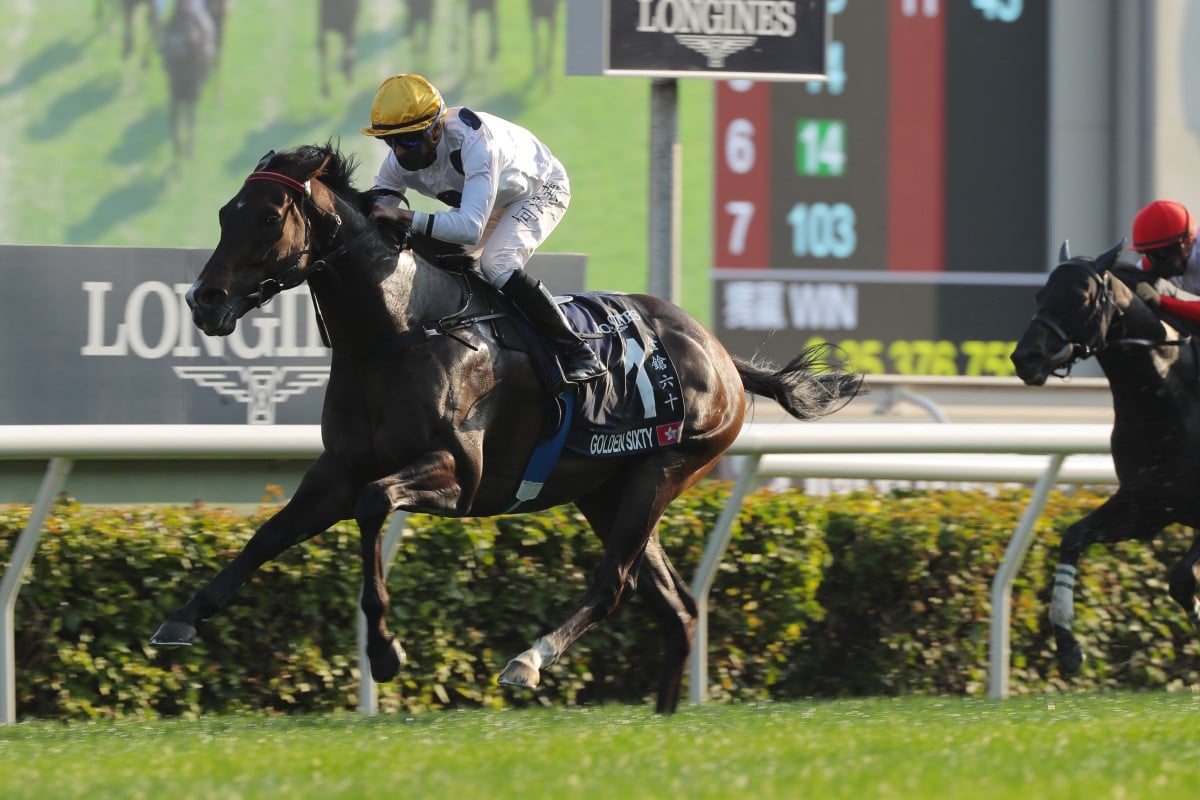 Golden Sixty is looking to continue his stranglehold on the Hong Kong Mile this weekend. Photo: Kenneth Chan

The biggest crowd in more than three years is expected to converge on Sha Tin on Sunday to see Golden Sixty chase history in the Group One Hong Kong Mile.

Good Ba Ba is the only horse with three feature wins at the Longines Hong Kong International Races (HKIR), and he achieved the feat Golden Sixty is attempting to match this weekend – a Mile hat-trick.

Everything is in place for Golden Sixty. On giving gate four the tick of approval, trainer Francis Lui Kin-wai confirmed his superstar is “ready”, and the six-time Group One winner showed when resuming under Vincent Ho Chak-yiu three weeks ago that he has lost none of his electric turn of foot.

It seems all that stands between the two-time Horse of the Year and destiny is California Spangle and his canny pilot, Zac Purton, who will – for a third time – attempt to manufacture a lead large enough that Golden Sixty cannot close the gap.

It has not worked for California Spangle yet, and it is hard to see it working on the biggest stage in Hong Kong racing.

The local pair dominate the Mile market – third favourite, Japanese raider Schnell Meister, is in double figures with overseas fixed-odds bookmakers – and it is a similar scenario in the Hong Kong Sprint (1,200m).

Manfred Man Ka-leung’s rising star Lucky Sweynesse – whom Purton will also ride – could well be sent off favourite in his attempt for a first Group One win, but seasoned champ Wellington promises to be hot on his heels in not only the market but also on the track.

Wellington has elite-level victories to his name in the Chairman’s Sprint Prize in 2021 and 2022, with February’s Queen’s Silver Jubilee Cup victory sandwiched in between.

It is a tasty resume as it is, but a win in Hong Kong’s premier sprint will elevate Wellington into a conversation alongside some of the best speedsters the city has seen, if not quite the very top echelon.

Japanese pair Gendarme and Meikei Yell are considered the best chances of the overseas brigade, but it does look more a matter of which local star will secure Hong Kong the race for the eighth time in the past nine runnings, rather than whether the silverware will stay at home.

The travelling contingent always become more potent as the races get longer, and while Derby hero Romantic Warrior is the likely favourite for the Hong Kong Cup (2,000m), there is a lethal Japanese quintet waiting to pounce.

Jack d’Or, Panthalassa and Danon The Kid look Romantic Warrior’s biggest dangers, and if Danny Shum Chap-shing’s gun gelding is going to add a second Group One trophy to his mantle, his pilot James McDonald will have to exhibit every bit of the brilliance that led to him being crowned the Longines World’s Best Jockey on Friday night.

Aidan O’Brien has Order Of Australia in the Cup, but it is in the Hong Kong Vase where the legendary Irish handler has his best chance of bagging both a fourth HKIR victory and a fourth success in the 2,400m feature.

O’Brien has won three of the past seven Vases thanks to Highland Reel’s 2015 and 2017 successes and Mogul’s demolition job in 2020, and he looks to Stone Age and Broome to continue his love affair with the race.

While Broome will jump an outsider, three-year-old Stone Age is Ryan Moore’s pick and could well challenge another history-seeking galloper, Glory Vase, for favouritism.

After pocketing Vase victories in 2019 and 2021, Glory Vase will look to join Good Ba Ba on three HKIR wins and give his jockey, Joao Moreira, a memorable send-off on what could be his last day riding at Sha Tin. 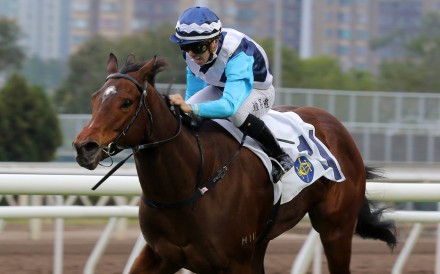 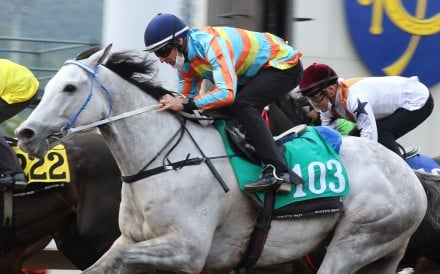 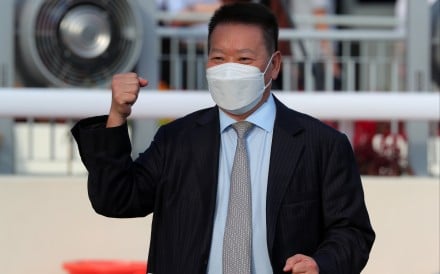