Reigning champion jockey opts for Chris So’s galloper over the red-hot Fiery Diamond, who is shooting for four wins in a row 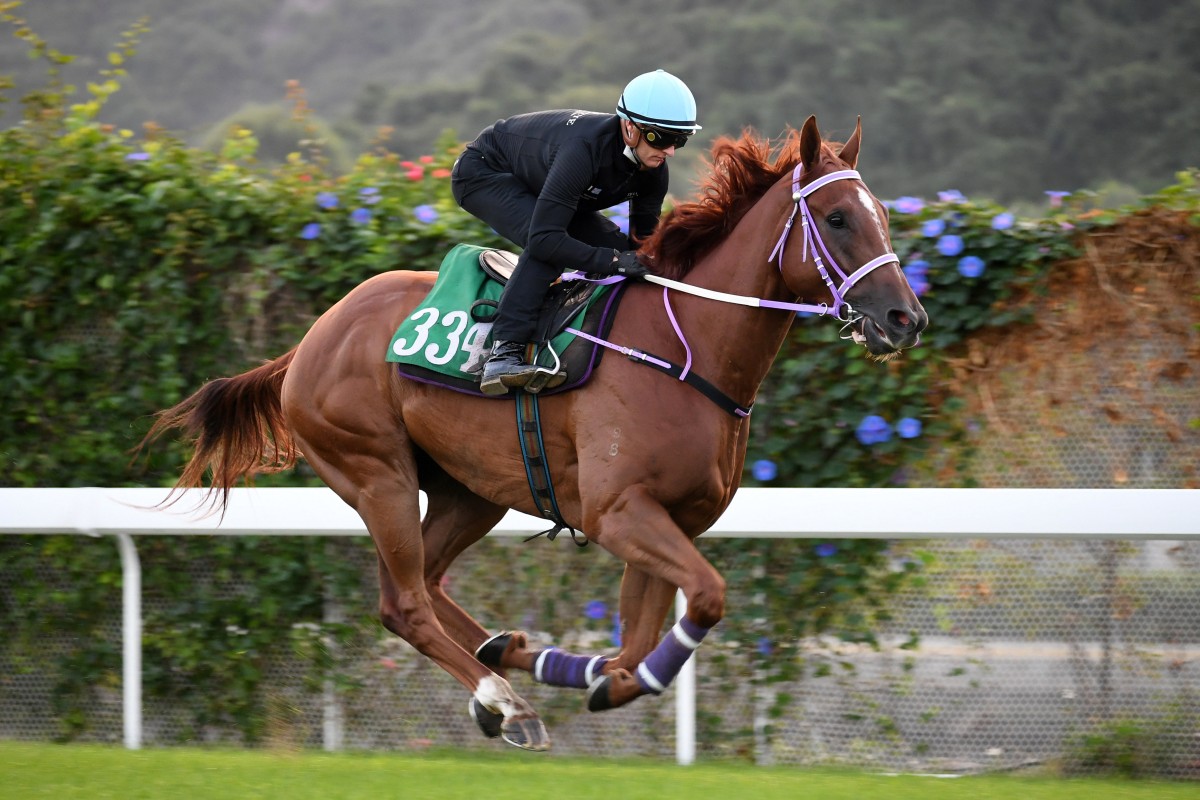 He was aboard for the first two wins of Fiery Diamond’s hat-trick, but Zac Purton has again been “sucked in” by the Chris So Wai-yin-trained Midori Beauty for Sunday’s Class Three Lukfook Jewellery Pt Graceful Collection (1,200m) on the Sha Tin all-weather track.

While Benno Yung Tin-pang’s Fiery Diamond – who beat Midori Beauty home by four and three-quarter lengths last start – will be ridden by Derek Leung Ka-chun in his bid for a fourth consecutive victory, Purton will attempt to improve on two seconds and two fourths from four rides aboard Midori Beauty.

“Yes, he did offer it to me,” Purton confirmed when asked if he had the option of riding Fiery Diamond.

“I’ve just come so far with Midori Beauty. He keeps sucking me in, to be honest. I was really disappointed with his last effort. I thought he had an excuse first up because he bombed the start. He still had the blindfold over his eyes when the gates opened.

“Second up, he was on a track it was hard to make ground on, although the horse who ran second came from behind him and got beat a head. I was a little bit disappointed in that effort, but he didn’t finish his race off, and I thought maybe the firm ground wasn’t to his liking, which is why we went to the dirt last start.

“And then unfortunately, we struck that wet-soft track – as they put it up – but it was sealed, or a wet sealed track, so it was actually quite a firm track again. Once again, he travelled so well. There’s something there with him, but he’s just not finishing his races off for whatever reason.

“I just know it’s there, so I’m happy to give him another chance. If he disappoints again, it might be the end of me and him for a while.”

While Midori Beauty is having trouble winning, Purton certainly is not. With 60 winners after 27 meetings, Purton remains well on track to smash Joao Moreira’s single-season record of 170 victories.

The reigning champion jockey has ridden trebles at the past two meetings and has a full book of 10 rides as he looks to keep the ball rolling this weekend.

Purton jumps aboard the John Size-trained Ping Hai Galaxy in the afternoon’s feature – the Class Two Lukfook Jewellery Cup (1,000m) – and will look to continue his perfect record aboard the galloper after saluting with him in October. He also rides Shining Fortune and Accelerando for Size, and the pair will look to continue a fruitful partnership that has netted three victories from the past two meetings.