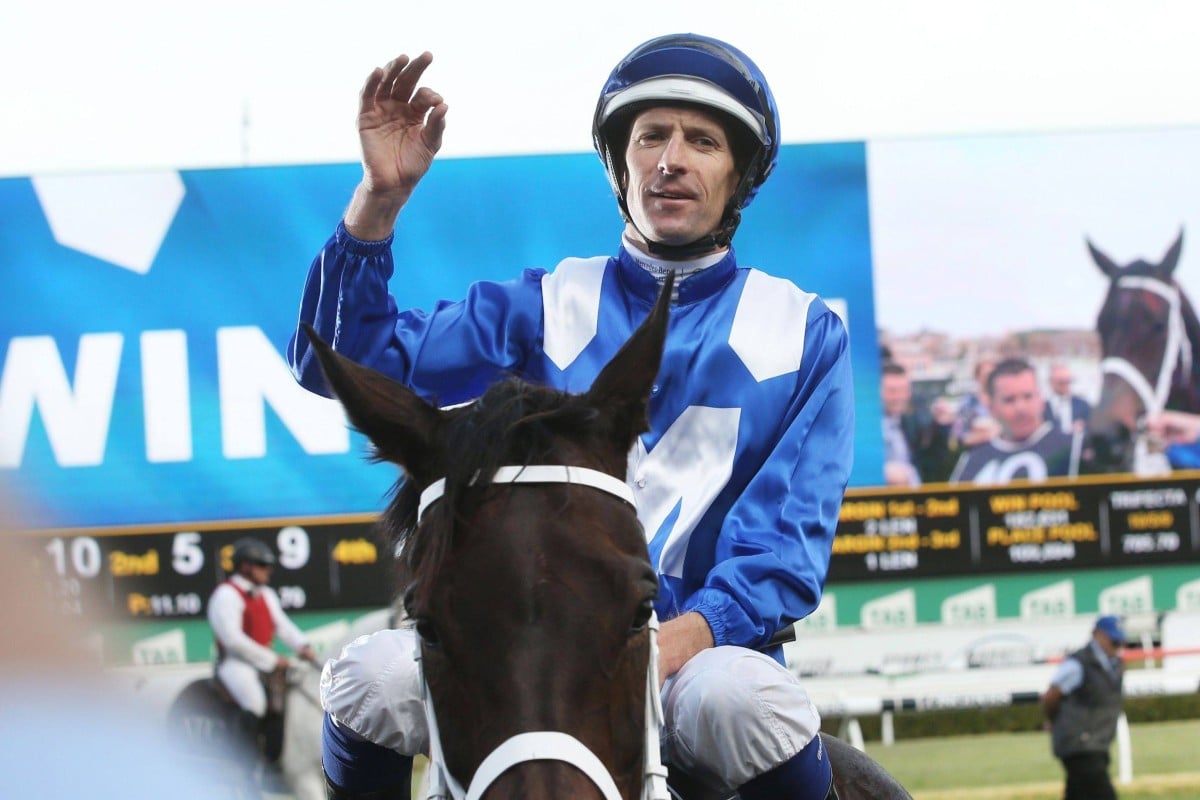 Hugh Bowman celebrates a Group One win aboard Winx in 2018. Photo: Bob Barker/AFP

Bowman, of course, is the jockey synonymous with Winx, the Chris Waller-trained 25-time Group One champion, who won the last 33 races of her career, a winning run that began with her remarkable victory in the 2015 edition of the Sunshine Coast Guineas (1,600m), the Group Three contest for the classic generation that has carried her name since 2020.

Famously, Larry Cassidy rode Winx in the first of her 33 consecutive successes – Bowman was aboard the legendary daughter of Street Cry for 31 of her sensational streak, including her record-breaking four Group One Cox Plate (2,040m) triumphs.

But like most racing fans because the footage of Winx’s last-to-first Sunshine Coast Guineas win, which must be seen to be believed, is plastered on social media channels in reference to the mighty mare, Bowman knows the race’s place in her story arc.

What a win! 👀@winx_horse comes from last to win the Group 3 Sunshine Coast Guineas in 2015 and start her famous winning streak. #FlashbackFriday @RaceQLD @cwallerracing pic.twitter.com/KZTWjvPS6o

“What we saw that day and continued to see for the remainder of her career, she really hadn’t shown it until then. She went to a different level,” Bowman said of Winx’s 1¾-length victory after she had been more than seven lengths off the lead with 400m remaining and nearly five lengths from the front passing the 200m marker.

Majestic Colour was simply sensational in the Winx Guineas, stringing together 4⃣ wins in a row! ✨@SCTurfClub @schweidaracing pic.twitter.com/0yocSoQxNv

“I was happy with his recent trial. I was a little bit questionable about his first trial – probably because it was at Happy Valley – but his second trial I was satisfied with,” Bowman said of Majestic Colour, who will start from gate seven on Saturday.

“He did everything right. He got into a really good rhythm – it was on the all-weather, of course – and he came up the running with a bit of purpose.

“He comes with some good form and high expectations. It’s a good starting point for him at Sha Tin.

“I won’t rush him into a position, but if we could find a spot midfield or even a bit handier I’d be satisfied with that. I’ll ensure he’s comfortable, certainly for that first half of the race.

“If he’s in a good rhythm and I can find that sweet spot, there’s no reason he couldn’t really challenge late. He’s forward enough to run very well.