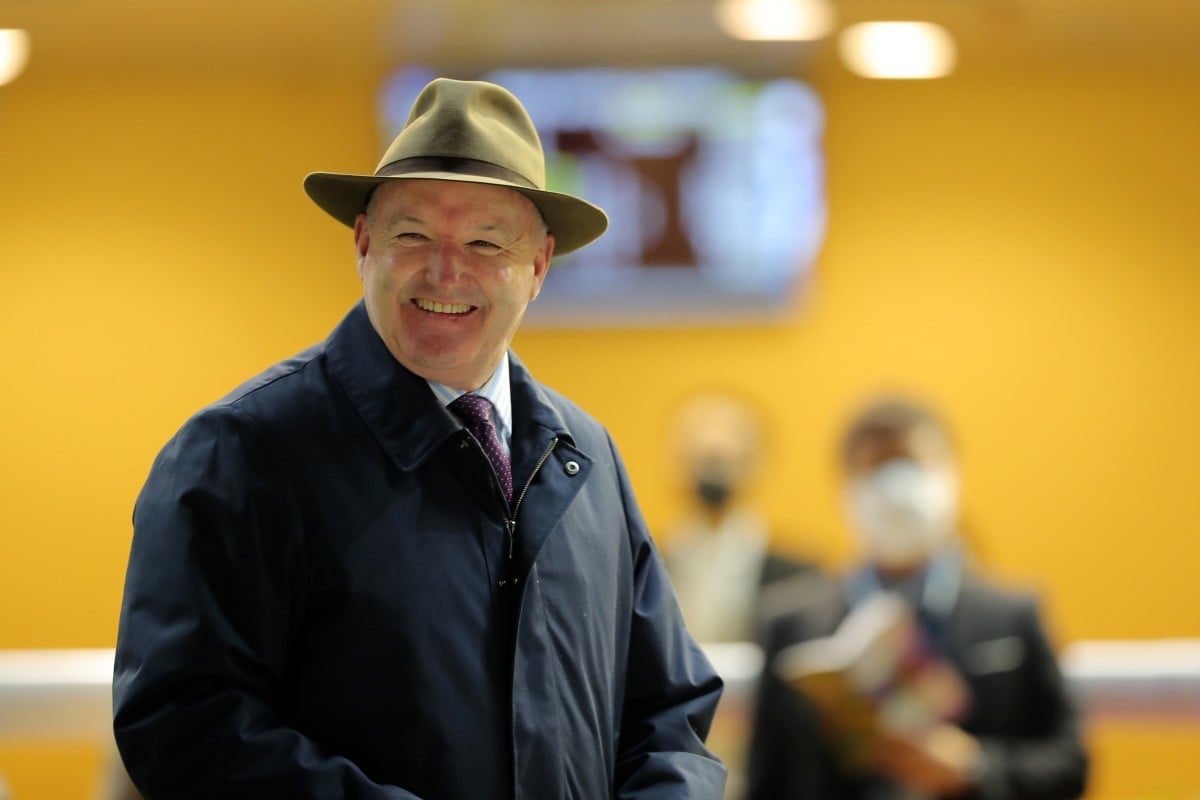 No trainer is likely to be looking forward to the Classic Series more than David Hayes, who unleashes yet another contender at Sha Tin on Sunday.

Straight Arron will be looking to follow first-up winner Flagship Warrior and fresh fourth Bon’s A Pearla into the black books of Hong Kong punters when he makes his local debut in the Class Three Flame Tree Handicap (1,400m). Hayes has been giving him a similar preparation to his other imported potential stars.

“He’s a promising young horse, and his build-up has been similar to Flagship Warrior and the filly,” Hayes said.

“He’s probably carrying a bit more condition than them, so I’d expect him to have more improvement in him, but he’s a good horse and should run well.

“It wouldn’t surprise me if he won, but it would be a big effort if he does. He’s carrying close to top weight, and it’s very hard to win first up in Hong Kong. It doesn’t happen every week, so if he runs a good race, I’ll be happy.”

Inevitably, racing fans will draw comparisons between the three promising youngsters regardless of Straight Arron’s finishing position this weekend, but Hayes is convinced the son of Fastnet Rock is on a par with the other two in terms of ability.

“They’re all pretty good, so we’ll just wait and see how they race,” Hayes said.

“Bon’s A Pearla couldn’t have run better first up. Both her and Flagship Warrior ran very well from wide gates, but this horse has got their quality.”

The winner of the Group Three Carbine Club Stakes (1,600m) on a heavy Randwick track in April, Straight Arron will have the services of Zac Purton on Sunday as the champion jockey continues auditioning potential partners for the Classic Series, which will begin with the Hong Kong Classic Mile (1,600m) on January 29.

Packing Treadmill is a winning machine! 🔥

That's his sixth victory at just his eighth start, denying Fantastic Treasure in a cracking finale!

Hayes is up to 15 victories this season following Lean Hero’s win at Happy Valley on Wednesday, and he could be set for a good start to 2023 with Fantastic Treasure backing up quickly in the Group Three Chinese Club Challenge Cup (1,400m) this weekend.

Runner-up to Packing Treadmill in a Class Two contest over 1,600m under Lyle Hewitson last weekend, Fantastic Treasure may have his optimum conditions in a Group Three event over seven furlongs under Vincent Ho Chak-yiu on Sunday.

“I’ve got a theory he’s better over 1,400m, and he goes from the top weight in his last race to the minimum,” Hayes said, although Ho has indicated he is likely to weigh out one pound heavier than Fantastic Treasure’s allocated 116-pound impost.

Also, there is a huge obstacle to success for Fantastic Treasure in the shape of Group Two victor Lucky Sweynesse, who was luckless in the Group One Hong Kong Sprint (1,200m) on December 11. Hayes is under no illusion as to the task at hand.

“We’ve got a very good horse to beat in Lucky Sweynesse, who didn’t have a race last time, but he’ll have to carry plenty of weight along with Beauty Joy, while my horse won’t have much weight at his best distance.”

Hayes has runners in nine of this weekend’s 11 races and boasts a host of chances, including Oriental Smoke, who will be chasing his fourth win this term in the Class Two Cherry Handicap (1,200m), and Oriental Spirit, who was a good third on his debut two weeks ago and contests the Class Four Palm Handicap (1,000m).