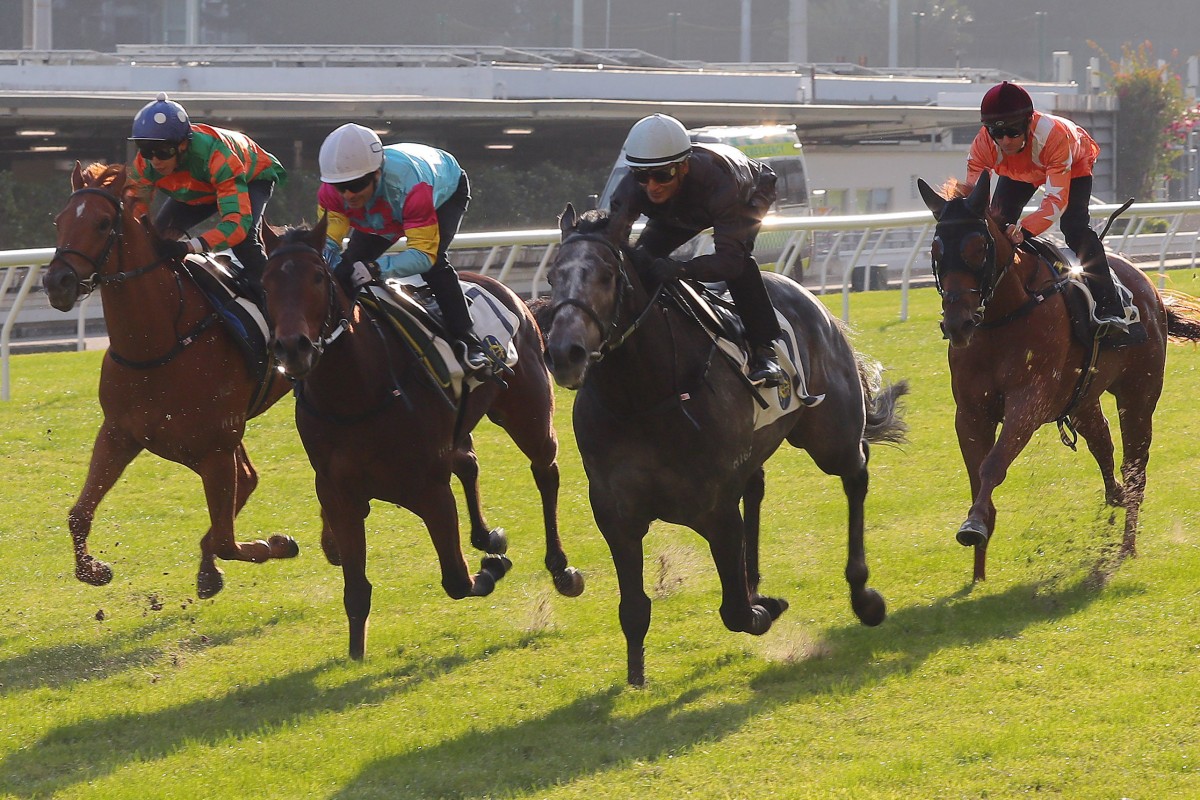 Who are your five to follow this year out of the Hong Kong-based gallopers who have had no more than a couple of starts in the city?

After reviewing not only trials in Hong Kong but also races in the city and around the world, here is a quintet of exciting four-year-old runners who can make their marks in the next 12 months.

Ladies first. David Hayes and positivity go hand in hand, but the Australian trainer’s enthusiasm goes up another notch whenever he speaks about Bon’s A Pearla, the imported mare who won a Group Two and placed in a Group One for Kevin Corstens before Hayes recruited her for his Hong Kong stable.

Victorious twice over seven furlongs but effective against the cream of the three-year-old crop in Australian races ranging from 1,400m to 2,000m, Bon’s A Pearla did not make a good first impression on her Hong Kong bow. She made a great one.

Carrying 135 pounds from barrier 12, Bon’s A Pearla settled further back than ever before and rattled home to finish a close-up fourth, registering two of the Hong Kong International Races meeting’s fastest late 200m splits.

The winner of that race, Super Sunny Sing, defied his penalty to win again last weekend.

Bon’s A Pearla is set to make her second Hong Kong appearance in Sunday’s Class Three (Restricted) Lung Fu Shan Handicap (1,600m), but she has drawn the same wide gate from which she jumped four weeks ago – gate 12. Ugh.

Like Bon’s A Pearla, Flagship Warrior is another Hayes-prepared import who enhanced his reputation with an outstanding local debut performance.

“They have to be special to do that first up in Hong Kong, from barrier 14, coming from last with top weight to run a fast last sectional,” Hayes said following Flagship Warrior’s Christmas Eve success over 1,200m having won a Listed event at 1,800m and placed in a Group Three contest over 2,000m before swapping Murray Bridge for Sha Tin.

Only six of Benno Yung Tin-pang’s 16 wins this term have occurred on the turf, but this season’s dirt king should be dreaming of Group One grass glory with his impressive debut winner, Forerunner.

Like Group One champion Romantic Warrior, Forerunner ended up in Hong Kong because Irish horseman Mick Kinane bought him as a 280,000 euro (HK$2.32 million) yearling in France on behalf of the Jockey Club for inclusion in its most recent International Sale, at which Yung’s clients splashed out HK$3 million to acquire him.

By 2016 Prix du Jockey Club winner Almanzor out of a dam whose progeny includes three-time Group One-winning miler Miss Temple City, Forerunner is bred to excel beyond the 1,400m at which he made a superb start to his career.

Nordic Dragon fetched HK$7 million at the same sale that sold Forerunner, but on the evidence of his first two starts, his owner, Edmond Yue Kwok-yin, may have found himself a seven-figure bargain.

The raps on Nordic Dragon were big before his Happy Valley bow on November 23 and they have only grown in size following his back-to-back victories.

Representing the combination of Danny Shum Chap-shing and Vincent Ho Chak-yiu, Nordic Dragon made every yard of his first start. He took a sit second up, hitting the front in the short Happy Valley straight and running on strongly to deny Excellent Peers a hat-trick.

He's got class and plenty of it! 🤯

Nordic Dragon must overcome gate 12 in Sunday’s Class Three Tsz Wan Shan Handicap (1,400m) if he wants to maintain his 100 per cent record, but he has the early speed to negate his wide barrier.

Last but not least is a galloper who is yet to race in Hong Kong. There was a lot to like about Wings Of War’s local trial as well as the Tony Millard-prepared import’s results overseas.

Wings Of War, who carries the colours of Millard’s South African compatriot, De Beers heiress Mary Slack, achieved an official rating of 107 when Clive Cox trained him to win two of his 11 races on British soil, including the 2021 Group Two Mill Reef Stakes (1,200m) during his juvenile campaign.

Transported to Hong Kong in October, Wings Of War looked the goods in his December 23 trial debut over 1,000m at Happy Valley, making impressive late progress to place third in the heat taken out by Tony Cruz’s Class Two-winning front-runner, Campione.