After missing out on debut success, Luke Currie gets his chance on Holy Power at Sha Tin While the sinking feeling was real for jockey Luke Currie as he watched Holy Power salute on debut last month, it says a lot about the Australian that his disappointment went hand in hand with his happiness for the four-year-old’s trainer Jamie Richards.

Currie rode Holy Power in all four of his pre-debut trials but a last-minute change of plans meant he could not partner the son of Power – Richards’ only debut winner so far in his first Hong Kong season – in his first racetrack appearance.

“I already had a prior booking and while it was a bit disappointing, I was happy for Jamie and the connections,” Currie said.

After watching Holy Power mow down tearaway leader United We Stand under Lyle Hewitson last time out, Currie gets his chance aboard the gelding in the first section of Sunday’s Class Four Nam Sang Wai Handicap (1,400m).

First win at Sha Tin! 👏 @JamieRichards3 breaks his duck at the big track as Holy Power holds on at nearly 30/1 odds under @LyleHewitson! #HKracing pic.twitter.com/HWbv05QWaF

“He improved off every trial that he had. I know things worked out quite well for him the other day but I’d like to think he’s going to have natural improvement from his first run, so I’m looking forward to getting on him on Sunday,” Currie said.

Holy Power is one of three rides Currie has for Richards this weekend and he is enjoying teaming up with the Kiwi, who has landed winners at the past two meetings.

“Obviously he’s one of the up and coming trainers here, it’s only his first season but he’s obviously a very good trainer and it’s nice to pair up with him. He’s a nice fella too, so hopefully I can have a bit of luck for him,” Currie said.

One of those mounts comes in the second section of the Nam Sang Wai Handicap, with Sixth Generation looking to overcome barrier 10 and go one better than a last-start second. 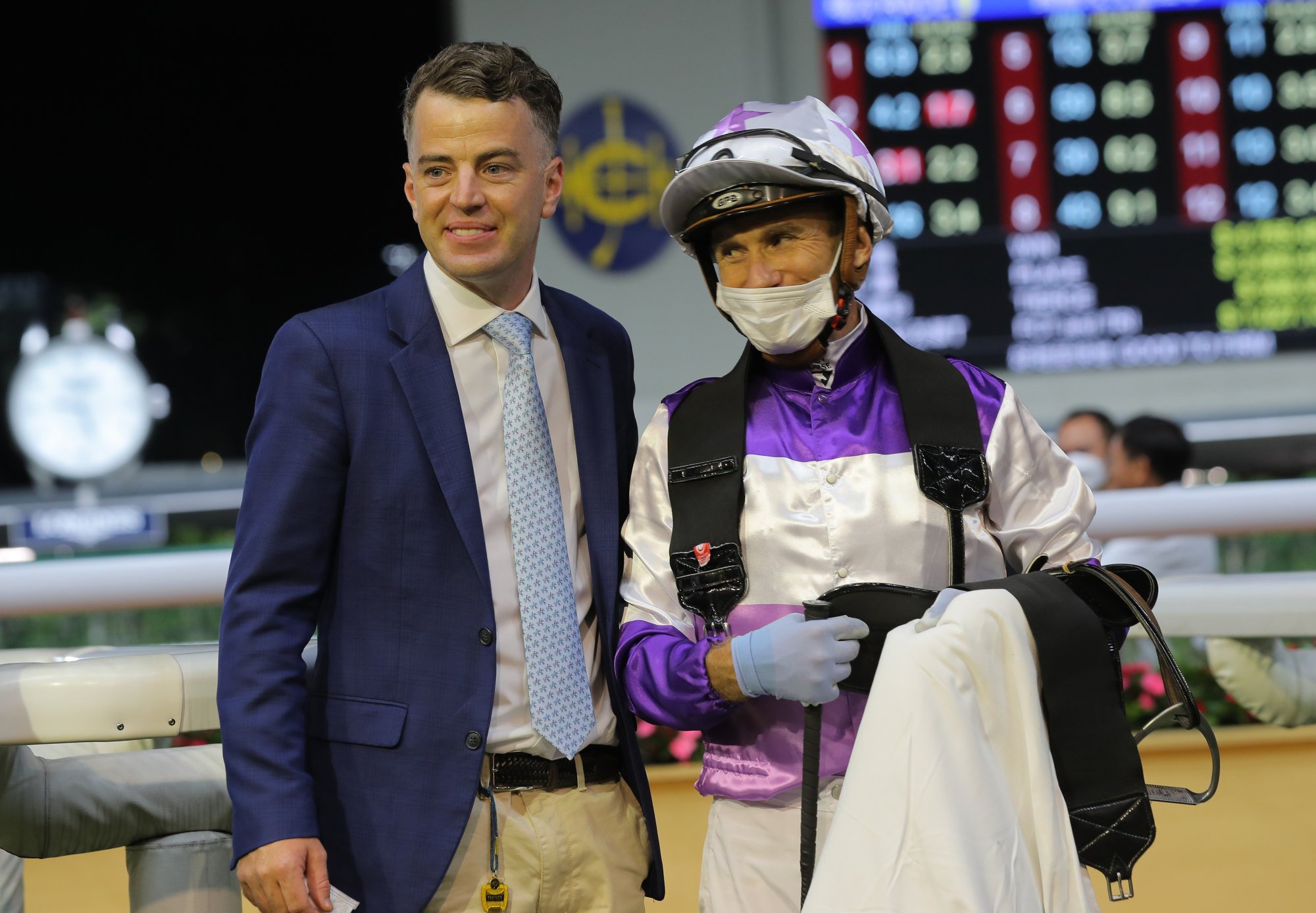 “I was really bullish about his chances but it probably becomes a little bit harder from the wide draw going up in trip, but if I can manage to have a bit of luck on him then I think he’ll be very hard to beat,” Currie said.

Currie sits on five winners through 35 meetings of his first full Hong Kong season, and while he admits he needs more success on the track, he could not be happier with how things are going in his home away from home.

“I’m really enjoying living here and the place and how things work,” Currie said from a Thursday brunch with his wife Sophia and daughters Mia and Miley.

“I would obviously like to be going a bit better on the track but hopefully that will come.

“I felt last season I was going quite well and could build on that, but I haven’t quite done that yet this season. Outside not getting the winners I’d like, I’m actually really enjoying the way things are going.”