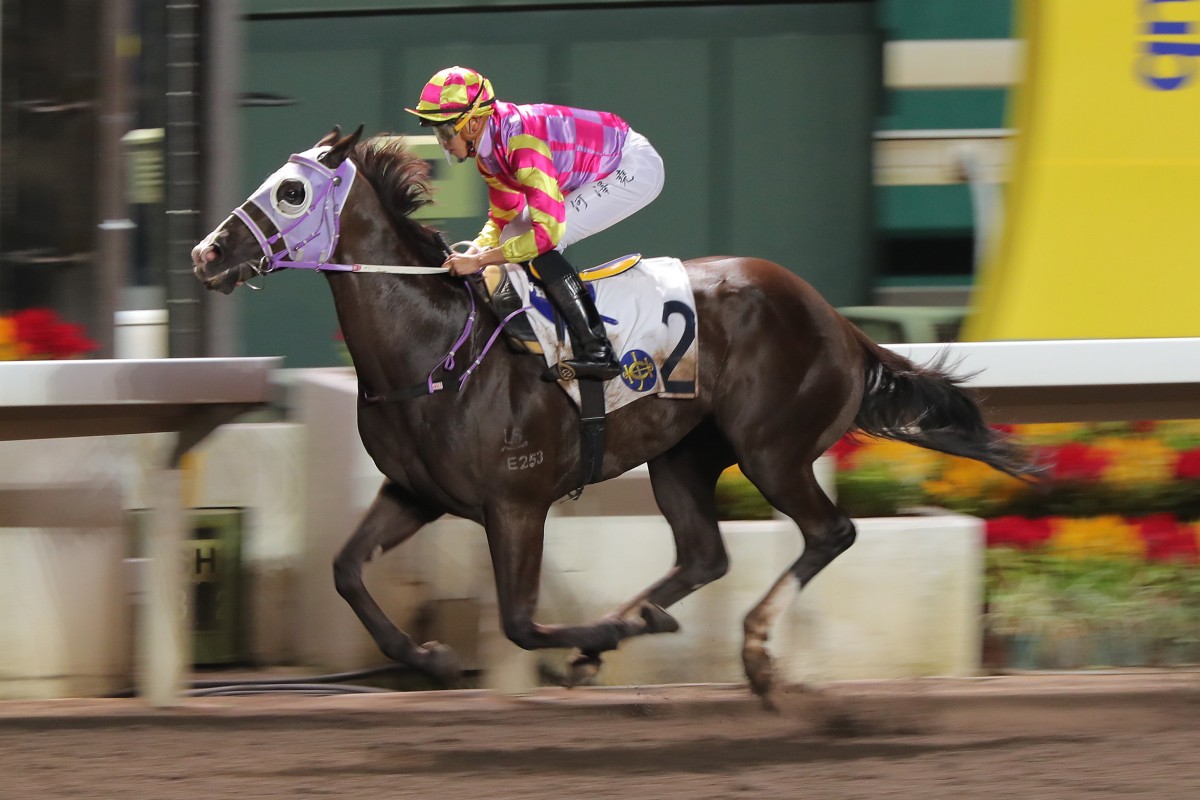 No galloper is a perfect four from four at Sha Tin this season, but Chris So Wai-yin’s highest-rated horse, Super Win Dragon, only has to beat five rivals – one of whom is a stablemate – in Saturday’s Class Two all-weather feature to achieve the feat.

Rated 88 after dropping to 54 before So decided to campaign him in dirt races exclusively, Super Win Dragon lines up against Ka Ying Master, Ping Hai Galaxy, Astrologer, You’remyeverything and Classic Unicorn in the Class Two Daffodil Handicap (1,200m).

Sweet Encounter has won four contests at Sha Tin this term, but the John Size-trained Classic Mile contender has blotted his copybook in 2022-23 – he has finished second on two occasions – whereas So’s charge has not tasted defeat.

Super Win Dragon dominated a Class Three sprint by two and a half lengths off a mark of 64 on September 18. He made light work of the nine-point penalty he received for his first-up victory, winning another Class Three dash by a wide margin on October 26.

All class! Super Win Dragon nails another win on the dirt in Hong Kong, this time under @mattLchadwixk at his first try in Class 2. #HKracing pic.twitter.com/Qh0qRyrNPS

An eight-point rise pushed him into Class Two company, but he overcame a jockey change – Vincent Ho Chak-yiu could not weigh out at 115 pounds, so Matthew Chadwick took the reins – to complete his hat-trick.

With Chadwick injured and Super Win Dragon assigned 128 pounds in the Daffodil Handicap, Ho reunites with a galloper aboard whom his race record reads three firsts and two seconds from five starts.

Ho took Super Win Dragon for a spin in a trial at Sha Tin last week, and So said the top local rider liked how the all-weather specialist performed on turf behind one of the world’s best horses, Group One Hong Kong Cup (2,000m) hero Romantic Warrior.

“Vincent was very happy about the trial,” So said. “It was just 1,000m, but he needed a good gallop.

It was heart in mouth but favourite backers rejoice as Super Win Dragon goes back-to-back! 🙌

Chris So's charge is becoming a force on the dirt in Hong Kong, sealing his third win on the surface from his last four starts. @Vincenthocy | #HKracing pic.twitter.com/JulLFg7VDH

“I really hope he can win four in a row. He’s the best horse in my stable. His form is still really good. He went up the ratings, but he’s still very competitive. He should run a good race.”

Of Super Win Dragon’s Daffodil Handicap opponents, only Size-prepared sprinter Ping Hai Galaxy has won this season, and his victory occurred in a Class Two turf event over 1,000m.

He has competed on dirt just once in his 33-start international career – a 1,200m race in which he compounded to lose by 11 and a half lengths after leading with less than 400m remaining.

Enjoying is one of the nine runners in the Class Two turf highlight, the Lily Handicap (1,600m), with Wednesday winner Alfred Chan Ka-hei partnering the seven-year-old gelding for the first time.

So is ninth in this term’s trainer’s premiership on 18 victories, ahead of 10th-ranked David Hayes on countback by virtue of saddling one more runner-up than the Australian Racing Hall of Fame inductee. 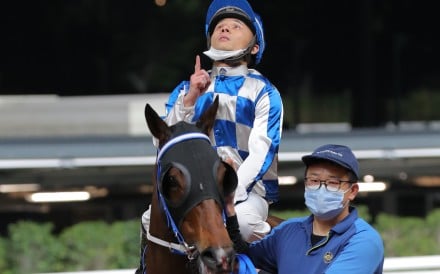 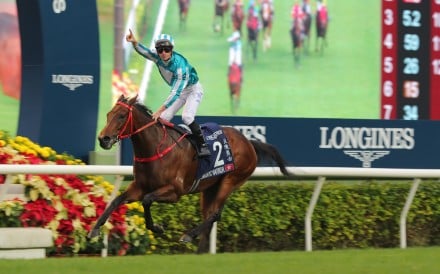