Brazilian jockey gets the best out of Ricky Yiu’s British import to land Tuesday afternoon’s feature, but is also hit with his fifth careless riding ban of the season 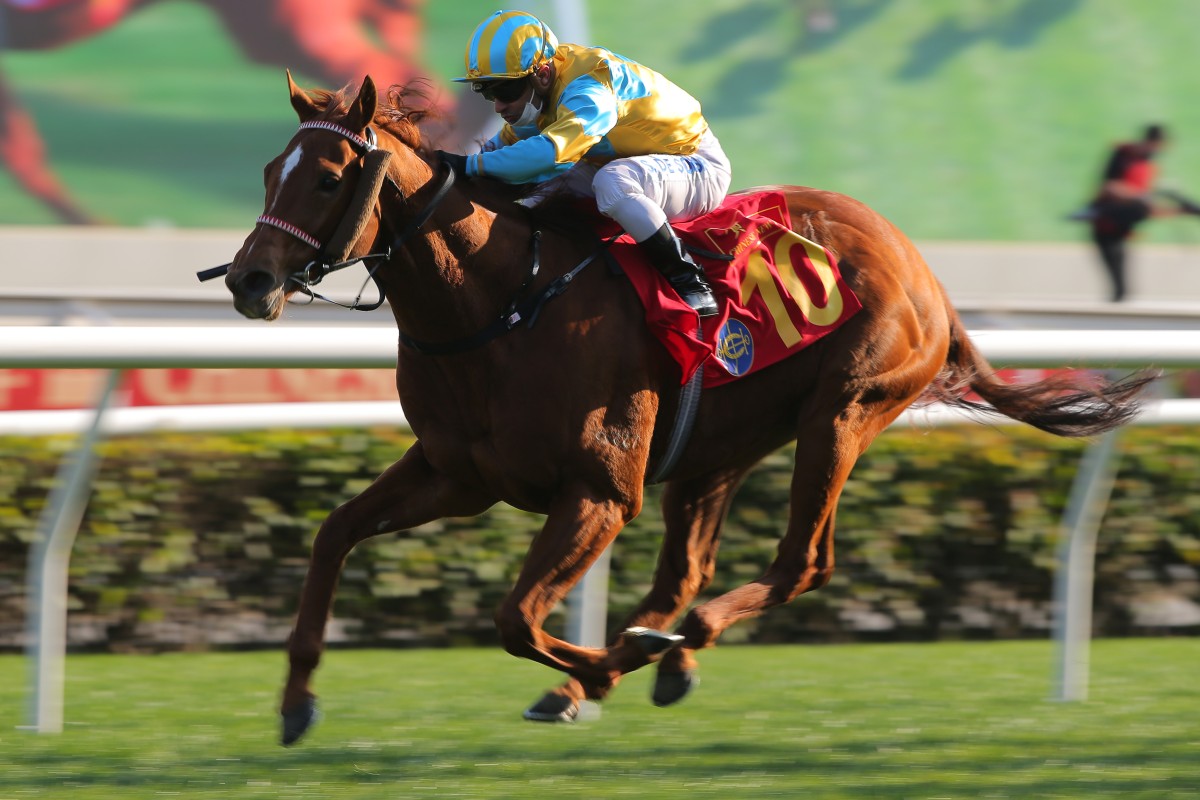 “With Silvestre coming from England, this is an English horse and he knows what they are like and he knows this horse. They are tough horses, they keep trying very hard,” Yiu said.

Another telling factor in Mr Ascendency’s victory was the weight, with the five-year-old becoming the fourth consecutive bottom weight to take out the Chinese New Year Cup.

Mr Ascendency under 115lb! The light weight chance prevails in the Chinese New Year Cup with @SilvDSousa in the plate for Ricky Yiu. #YearOfTheRabbit | #HKracing pic.twitter.com/emjOzwPrky

Settled one off the rail in fourth position, Mr Ascendency responded nicely when asked by De Sousa at the top of the straight and hit the line with enough momentum to hold off fast-finisher The Golden Scenery by a length.

“The weight helped a lot, the second horse gave us a lot of weight,” Yiu admitted, adding that he thinks there’s more to come from a galloper who has now won twice and placed a further five times from his past nine starts.

“I would think he can win again provided he’s not carrying too much weight. Somewhere in the middle of Class Two he should be able to perform again, especially the way he finished today,” Yiu said.

De Sousa is also confident Mr Ascendency can continue his rise up the ratings. 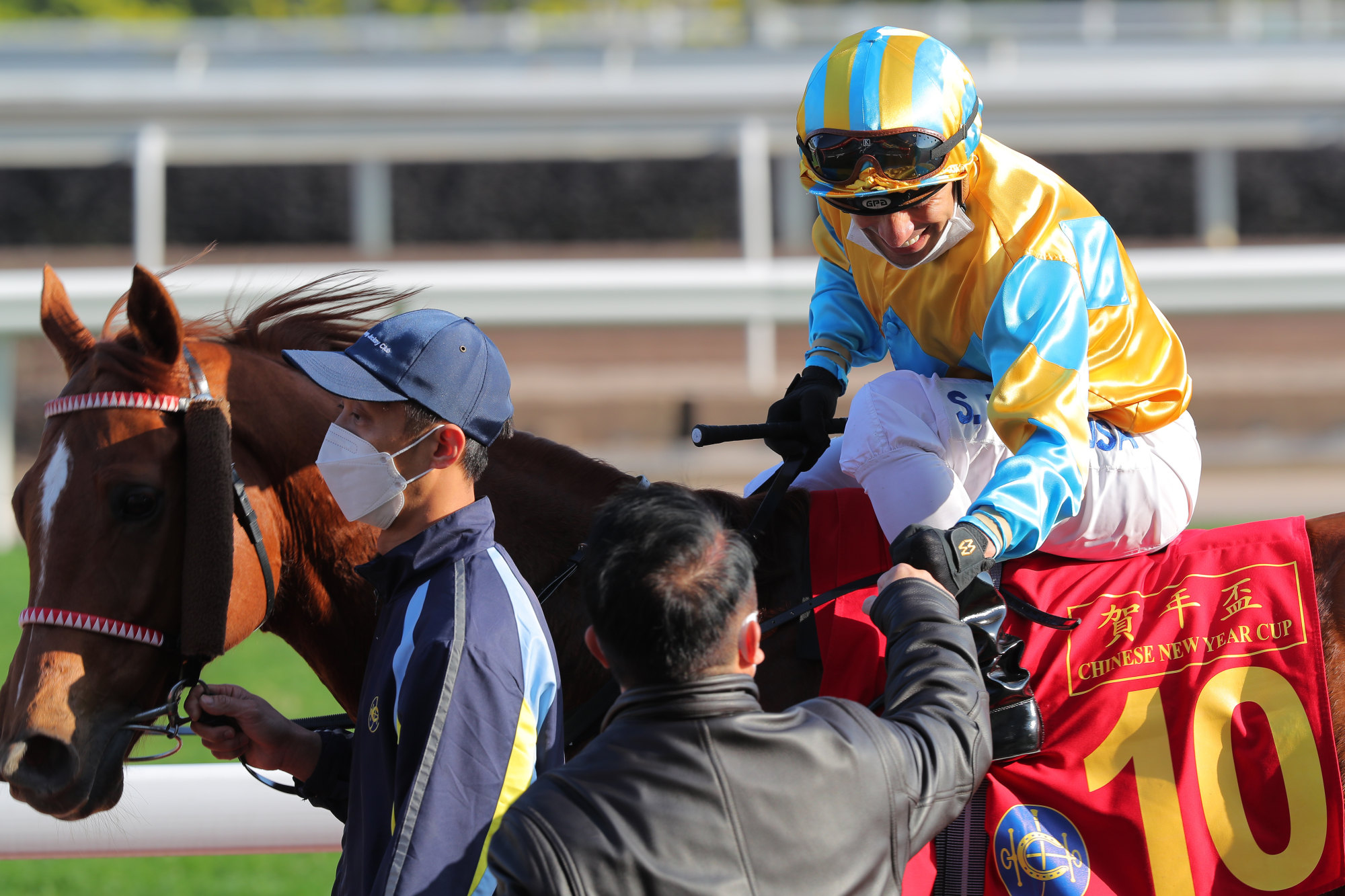 “He’s a nice horse with a nice handicap, all the credit to the horse. He’s an improving horse, he’s still got a bit to learn. I do like the horse and I think later on, we’ll see the best of him,” De Sousa said.

The brace saw De Sousa move to 32 winners for the campaign and further solidified his hold on third position in the jockeys’ premiership, with the 42-year-old nine victories behind the second placed Vincent Ho Chak-yiu.

It wasn’t all positive for De Sousa on Tuesday afternoon, however, with Mr Ascendency’s victory coming at a cost after he was charged with careless riding for the fifth time this season. 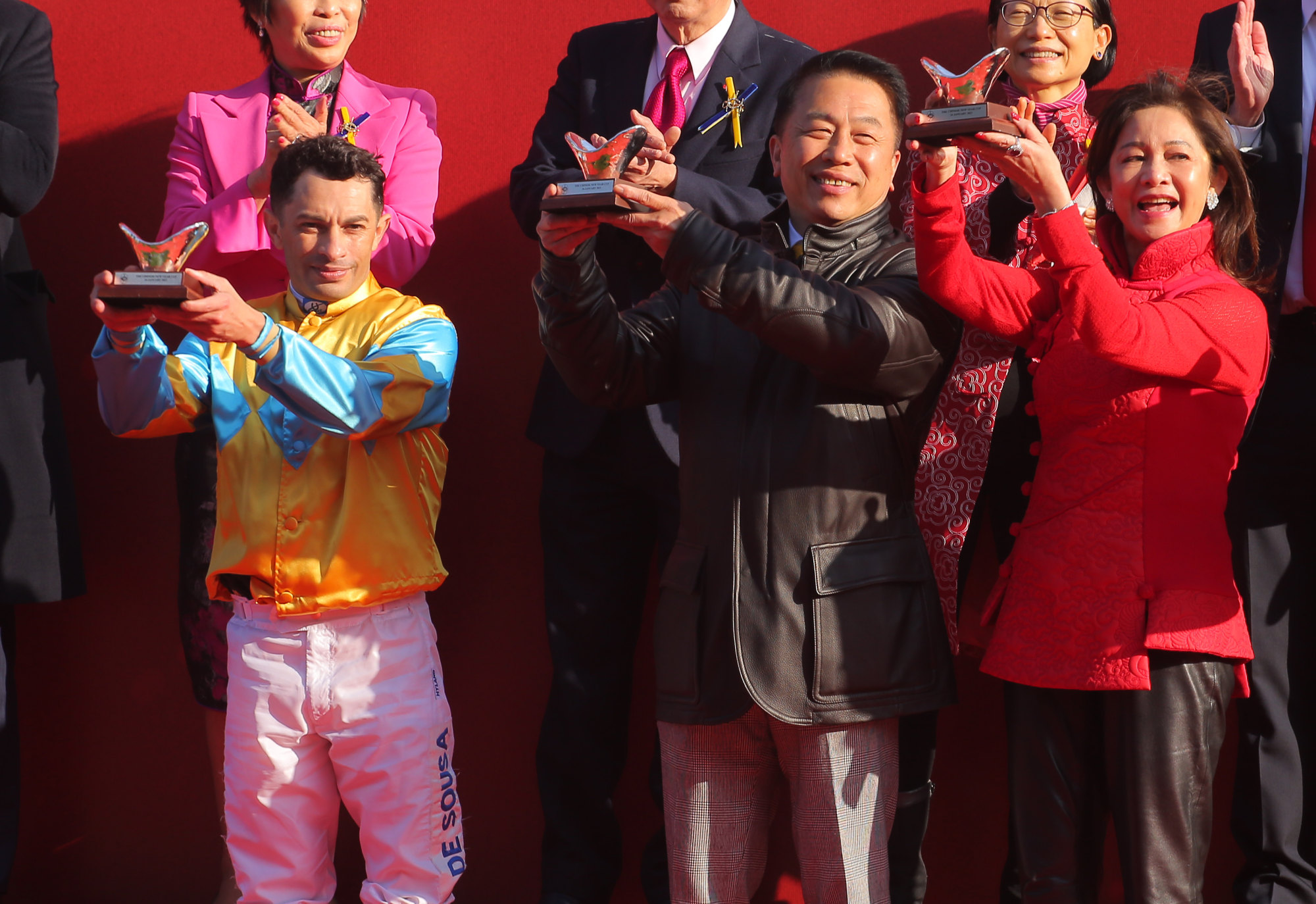 He will miss the meetings on February 12 and February 15 and was also whacked with a HK$90,000 fine after being adjudged to have “permitted his mount to shift in under pressure when not clear of Circuit Stellar, resulting in that horse being unnecessarily crowded for room” near the 125m.

De Sousa was just one of a string of jockeys and trainers to land doubles at the Lunar New Year meeting, with Karis Teetan (Go Go Sixteen and Blissful Star), Hugh Bowman (Nicholson Returns and Victor The Winner) and Derek Leung Ka-chun (Divine Era and Majestic Colour) also cashing in from the riding ranks.

Jimmy Ting Koon-ho (Divine Era and Blissful Star) and Man (E Brother and Go Go Sixteen) shared the training honours to kick the Year of the Rabbit off in positive fashion for their stables. 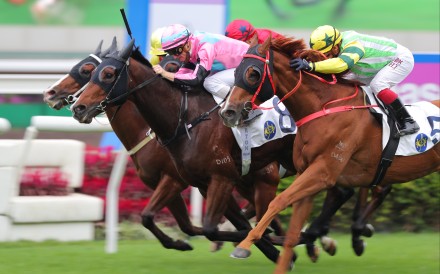 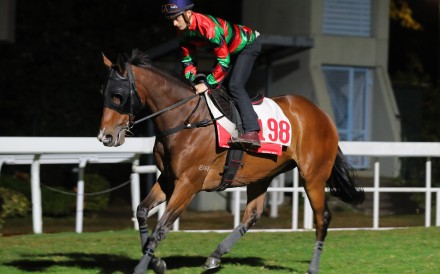 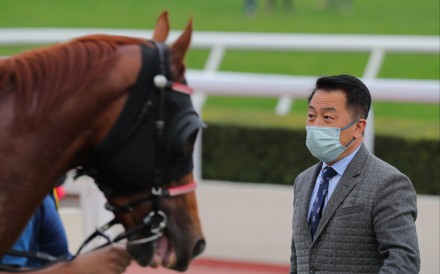 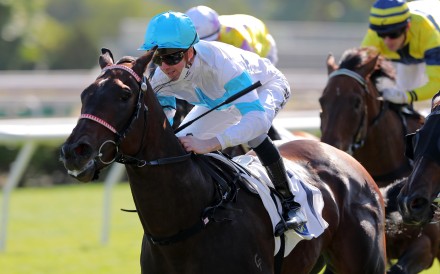