Favourite Generous Bobo settled second along the rails, took a gap up the inside at the 300m and wore down Snitzel Kid 60m out for an instant strike with a drop in class. Snitzel Kid went forward to lead from gate nine through even fractions, straightened a length on top and kept on nicely following a stable change and drop in class. Sea Ruby sat one off in third, cornered three deep and kept on one-paced over the final 150m with every chance. He's likely looking for a longer trip. Excellent Fortune settled behind midfield along the rails, stayed to the inside upon straightening and got up late for a Quartet spot. All Friends settled one off the rails just worse than midfield, straightened six deep and plugged on all right to just miss out on a First-4 spot. Debutant Thunder Dash ran on steadily without menacing after saving ground in midfield. Grimmy only held his ground after a deep run in midfield without cover. Diamond King made some ground from the back. Mi Savvy travelled deep near the back from the widest gate and only stayed on to pass beaten rivals. Optimism was yielding ground four deep at the 200m following a handy run one off the inside in a disappointing performance.

As the start was effected, HAY GO LUCKY lifted its front feet off the ground and began only fairly and then was steadied away from the heels of GRIMMY shortly after the start due to both horses shifting ground.

After this, HAY GO LUCKY was taken across behind runners and then near the 900 Metres shifted in and became unbalanced.

A veterinary inspection of HAY GO LUCKY immediately following the race did not show any significant findings.

The performance of HAY GO LUCKY, which was detached from the field throughout the race, was considered unacceptable.

Before being allowed to race again, HAY GO LUCKY will be required to perform to the satisfaction of the Stewards in an official barrier trial and be subjected to an official veterinary examination.

OPTIMISM shifted in and bumped THUNDER DASH on jumping.

SUMARAND DRAGON was hampered on jumping when SEA RUBY began awkwardly and shifted in.

Shortly after the start, DIAMOND KING was steadied when crowded for room between GENEROUS BOBO and OPTIMISM, both of which shifted ground.

Near the 1000 Metres, OPTIMISM got its head on the side, shifted out and was awkwardly placed close to the heels of SEA RUBY.

ALL FRIENDS, which was following, got its head up when being steadied in consequence.

Making the turn after the 600 Metres, EXCELLENT FORTUNE was crowded for room inside ALL FRIENDS which got its head on the side and lay in despite the efforts of its rider.

DIAMOND KING, which was following, was hampered in consequence.

Near the 450 Metres, GRIMMY, which travelled wide and without cover throughout the race, was taken wider by ALL FRIENDS which shifted out to improve.

Passing the 300 Metres, THUNDER DASH was bumped by OPTIMISM which was taken in by ALL FRIENDS.

Near the 250 Metres, GENEROUS BOBO was shifted to the inside of SNITZEL KID after being disappointed for running between that horse and SEA RUBY.

For some distance after the 200 Metres, SUMARAND DRAGON was held up for clear running after being unable to improve into tight running between ALL FRIENDS and GRIMMY.

At the 150 Metres, THUNDER DASH was shifted to the inside of SEA RUBY to obtain clear running after that horse shifted out.

Then passing the 100 Metres, THUNDER DASH was shifted in away from the heels of SEA RUBY and over the concluding stages was awkwardly placed inside the heels of that horse.

The Stewards questioned K C Leung, the rider of the second placed, SNITZEL KID, regarding his riding over the final 50 Metres.

K C Leung stated that he had been riding SNITZEL KID vigorously from after the 200 Metres as he was aware that the ultimate winner GENEROUS BOBO was improving to his inside.

He said approaching the 50 Metres when riding out SNITZEL KID strongly, he became aware that GENEROUS BOBO had gained an advantage over SNITZEL KID.

He said inside the final 30 Metres he commenced to sit up on SNITZEL KID as he felt that he had reached the concluding stages of the race and that GENEROUS BOBO was maintaining its advantage over SNITZEL KID.

He added when he became aware that he had misjudged the distance to the winning post, he then recommenced riding SNITZEL KID out to the end of the race.

Having in mind the finishing margin of a half length between SNITZEL KID and GENEROUS BOBO, the Stewards were satisfied that K C Leung??s riding inside the final 30 Metres had not affected his finishing position, however, he was severely reprimanded for an error of judgement which had the potential to lead to a significant breach of the Rules.

He was advised to ensure that, wherever possible, he rides his mounts out all the way to the end of the race.

GENEROUS BOBO and SNITZEL KID were sent for sampling. 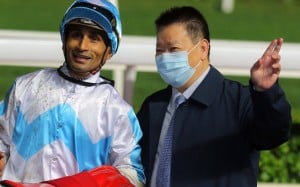 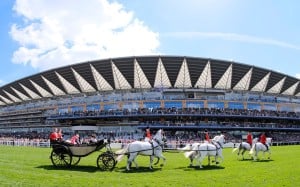