Favourite Highly Proactive worked very hard to eventually sit outside the leader Happy Time 650m out after jumping sluggishly from the widest gate, hit the lead 230m out and kept on gamely for a first win at his third start. Monkey Jewellery closed well from midfield to fill the Quinella spot. He was able to bounce back from a last-start failure with blood in his trachea. My Ally got up late this time for a placing after a deep run without cover in midfield from a wide gate. He hasn't been easy to get right this term. Joyful Moments kept on all right to fill the frame after a box-seat run. The gate was the key to his improved run but he might be one to keep safe on either surface over the 1,200m with Class Four looming. Silver Fig ran on without menacing travelling five back on the fence. The switch to the Valley backfired. Tang Fleming produced a decent burst late from near the back. It was a better effort at his fifth outing this term off a light weight.

When being transported to Happy Valley, HAPPY FAMILY lost its left front plate.

HAPPY FAMILY was replated, examined by the Veterinary Officer and found to be suitable to race.

Just prior to the start being effected, HAPPY FAMILY became very fractious, turned its head to the left and consequently lost ground.

Before being allowed to race again, HAPPY FAMILY will be required to perform satisfactorily in a stalls test.

JOYFUL MOMENTS began awkwardly and then shifted out shortly after the start and bumped DIVINE UNICORN.

DIAMOND PEGASUS shifted out at the start and bumped TANG FLEMING which was crowded for room inside MY ALLY which became unbalanced after being bumped on the hindquarters by TANG FLEMING.

A short distance after this, DIAMOND PEGASUS and TANG FLEMING were crowded for room between HAPPY TIME and MY ALLY which shifted in marginally.

This resulted in both DIAMOND PEGASUS and TANG FLEMING losing ground and being shifted across behind runners near the 1100 Metres.

Then making the turn after the 1100 Metres, MONKEY JEWELLERY shifted out to relieve the tightening to DIVINE UNICORN and bumped JADE THEATRE.

After the 900 Metres, DIVINE UNICORN raced tight inside DIAMOND PEGASUS which, when racing greenly, got its head on the side and shifted in away from MY ALLY.

Then near the 800 Metres, DIVINE UNICORN was checked when crowded for room inside DIAMOND PEGASUS which shifted in abruptly away from MY ALLY.

HIGHLY PROACTIVE travelled wide and without cover until after the 600 Metres.

Near the 550 Metres, MY ALLY was taken wider by JADE THEATRE which shifted out away from the heels of BREEDERS' STAR.

Rounding the Home Turn, SILVER FIG raced close to the heels of MONKEY JEWELLERY and passing the 300 Metres was shifted to the inside of that horse.

At the entrance to the Straight, JADE THEATRE raced tight between MY ALLY and BREEDERS' STAR which made the turn awkwardly.

This resulted in JADE THEATRE making contact with MY ALLY.

Then near the 250 Metres, JADE THEATRE was checked when crowded for room between MY ALLY which shifted in marginally and BREEDERS' STAR which was taken out slightly by MONKEY JEWELLERY.

In this incident, JADE THEATRE made contact with the hindquarters of BREEDERS' STAR, causing that horse to become unbalanced.

As the Stewards were satisfied that there was no rider error associated with this incident, no further action was necessary.

Passing the 300 Metres, JOYFUL MOMENTS was awkwardly placed close to the heels of HAPPY TIME.

Approaching the 200 Metres, DIVINE UNICORN was shifted out away from the heels of SILVER FIG.

After the race, the Veterinary Surgeon reported that HAPPY FAMILY had bled from both nostrils.

A veterinary inspection of JADE THEATRE and HAPPY TIME immediately following the race did not show any significant findings.

HIGHLY PROACTIVE and MONKEY JEWELLERY were sent for sampling. 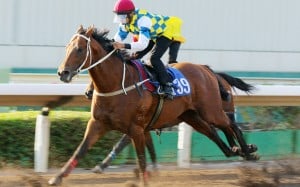 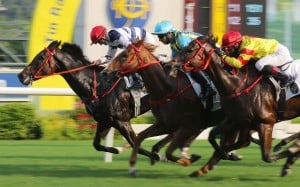 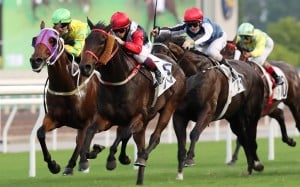 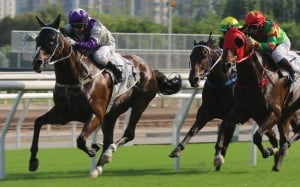