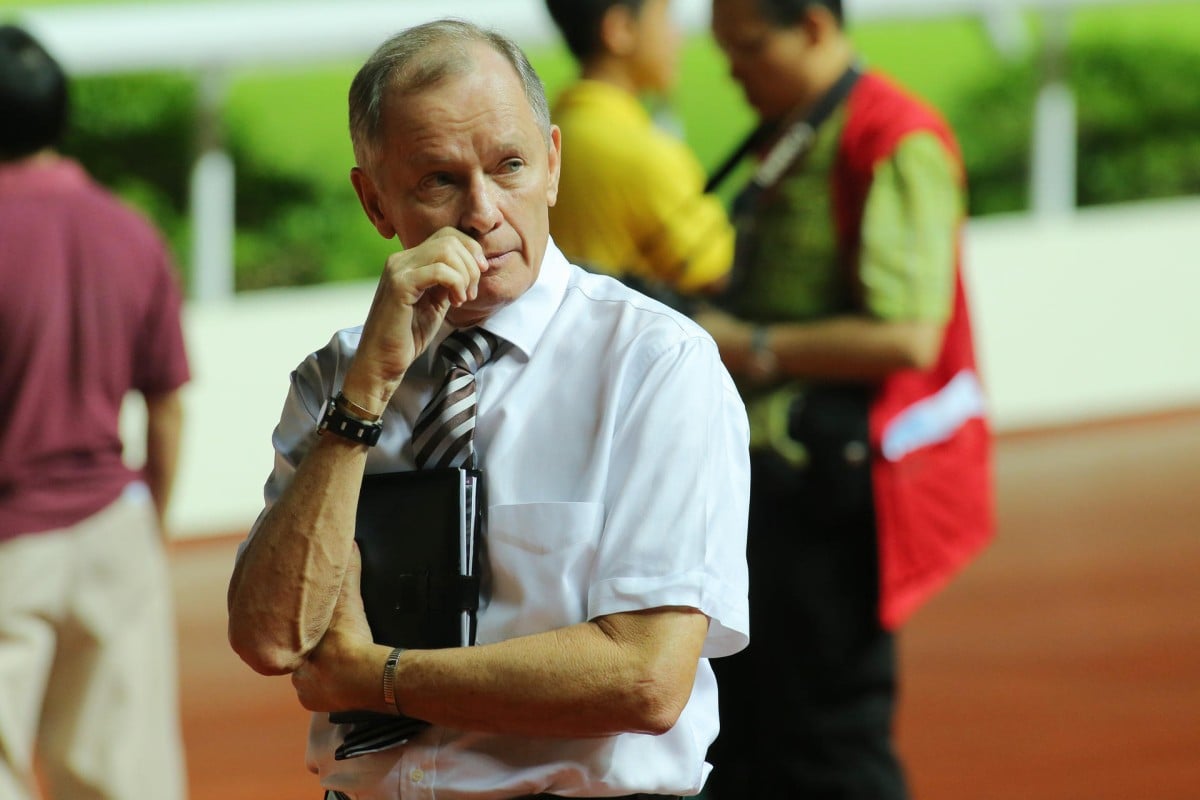 Trainer John Moore will sit down with owner David Boehm on their plan of action for Dan Excel's Cox Plate campaign after the gelding was struck with an infection. Photo: Kenneth Chan

Dan Excel's Cox Plate campaign hinges on whether the tough-as-teak gelding recovers from a throat complaint in time for a rescheduled first-up run on Saturday week - a start "still very much up in the air", says trainer John Moore.

After Dan Excel missed last weekend's Sir Rupert Clarke Stakes (1,400m) with a bacterial infection, Moore has targeted the weaker Weekend Hussler Stakes (1,400 metres) at Caulfield rather than the Group One Toorak Handicap (1,600m) on the same day - providing the six-year-old returns to full health.

"The throat problem hasn't been resolved 100 per cent," Moore said. "We will make a decision late next week. If he isn't right on veterinary grounds he won't run.

It would be common sense not to run the horse first-up over 2,040m, he doesn't have the mileage and would probably be brought straight home
John Moore

"Even if he is fully recovered, he hasn't raced in over four months now, and after we missed that initial 1,400m race, I think 1,600m is too big a step up. Given there was another option on the sam e day over 1,400m, we decided to go that way. Even though he will carry a heavy weight, it's a better starting point."

Resuming in the Weekend Hussler Stakes would allow a two-week lead-in to his major target, the A$3 million (HK$20.3 million) Cox Plate at Moonee Valley on October 25, but Moore said he was not getting ahead of himself, and ruled out going into the 2,040m weight-for-age test first-up.

"If he doesn't make it to that race, the owner [David Boehm] and I would have to sit down and have a discussion about the Cox Plate and whether we run or not. A start would have to be in jeopardy," he said.

"It would be common sense not to run the horse first-up over 2,040m, he doesn't have the mileage and would probably be brought straight home." 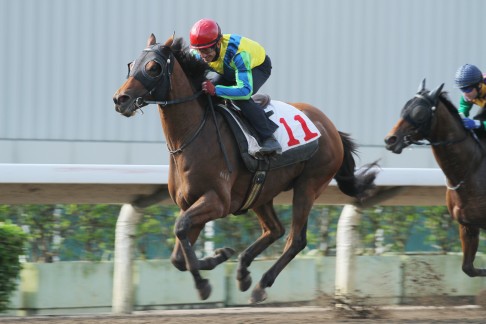 Meanwhile, trainer Michael Chang Chun-wai was pleased with his first look at Rich Tapestry since the horse's arrival in the US, ahead of Sunday's Group One Santa Anita Sprint Championships in California.

After two days in restrictive conditions at a Los Angeles International Airport quarantine centre, Chang rushed his Group Two winner across the city to squeeze in a crucial piece of slow work at Santa Anita.

"He travelled well and I am very happy with him, but after two days he really needed some work," Chang said. "It's a quarantine facility for all types of animals, not just horses, and there's mostly people's pets there - cats and dogs, so you can't really do much with a racehorse in there.

"We knew that would be the situation and we were able to give him some extra work before we left and organised for him to be hand-led in the morning and at night. He cantered a mile this morning, and later in the week we will breeze him up 600m to clean his lungs. I feel like I have him just right."