Filly, who had failed to win all season, emulates Alleged's 1977-78 heroics, coming home ahead of Flintshore and Hong Kong-connected runner Taghrooda

by Agence France-Presse in Paris 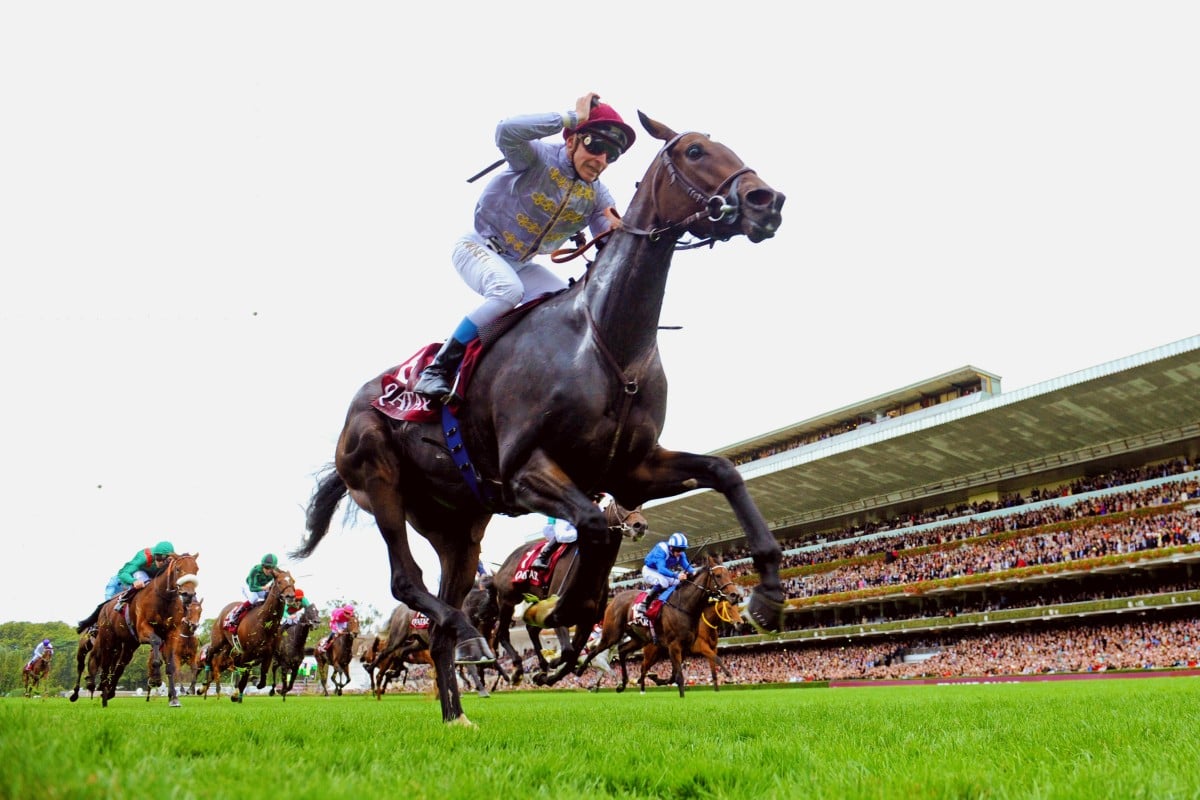 Treve became the first horse since Alleged in 1977-78 to win Europe's most prestigious race, the Prix de l'Arc de Triomphe, in successive years as she stormed home at Longchamp on Sunday.

Treve - giving jockey Thierry Jarnet his fourth win in the race - came home ahead of Flintshire, while English filly Taghrooda - whose sire Sea The Stars is part-owned by Hong Kong-based Christopher Tsui Ka-leung - was third.

HOW SEA THE STARS SET A DYNASTY IN MOTION - CLICK HERE

Treve, owned by Sheikh Joaan al-Thani of Qatar, had failed to win all season casting doubts on her ability to win, but her trainer Criquette Head-Maarek, who controversially took jockey Frankie Dettori off the filly, insisted she could still win.

This is brilliant, I'm not yet back down to earth yet! It is my best day
Criquette Head-Maarek

"This is a great personal satisfaction for me, this is truly wonderful,"  said the tearful 65-year-old. "I couldn't believe the gap that opened for her on the rails and then her burst of acceleration was extraordinary.

"This has been the most complicated preparation I have ever had for this race," added Head-Maarek, who also won her war of words with Dettori as he had said Treve was gone mentally - something she had hotly denied. 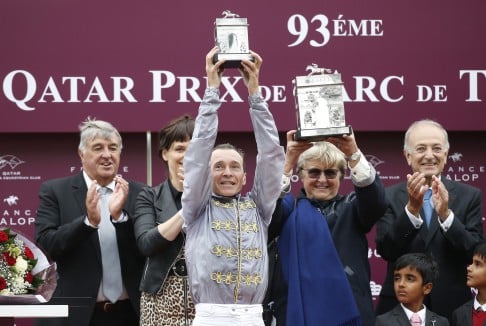 Head-Maarek, whose grandfather William Head and father Alec trained two and four Arc winners respectively, while brother Freddie won three as a jockey,  said it was without doubt the greatest training performance of her career.

"It is the best race I have ever won with all the problems with her back and hoof and criticism aimed at her. This is brilliant, I'm not yet back down to earth yet! It is my best day," she added.

WE WILL BE BACK, SAY BEATEN BUT UNBOWED JAPANESE - CLICK HERE

Sheikh Joaan bought her before the Arc last year for a reported 10 million euros.

But Alec Head had one reproach for his daughter.

“She should not have run at Ascot in June but I was not around to advise her. However, I knew on Tuesday she would win here and I rang a great friend of  mine (racing commentating great) Peter O’Sullevan and told him ring your bookmaker!” he said.

Treve is only the sixth horse to win successive Arcs and first filly since Corrida in 1937 to achieve the feat. 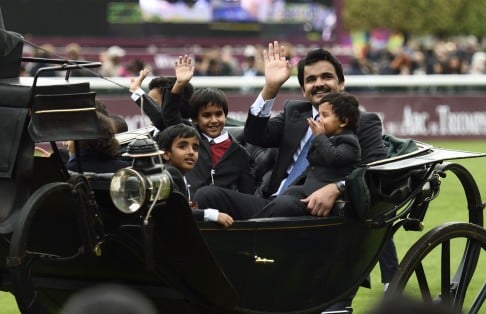 Sheikh Joaan, who had backed Head-Maarek’s decision to replace Dettori in early September despite the Italian being his retained jockey, said it had been a joy to watch.

“We have proved people wrong, what a racehorse. Now she can retire to the farm,” he said.

"He listened and he agreed to give in to my argument to have Thierry on board and I am eternally thankful for that,” she said. 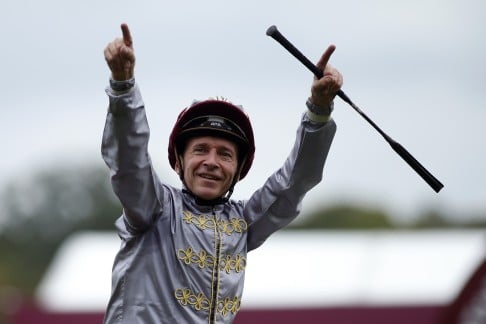 Jarnet was in tears as he was led back to the winner's enclosure.

“This is magic, magic. What a filly. This is what you get up for early in the mornings and ride the champions on the gallops to have days like these,”  said the 37-year-old.

Dettori, who has three Arcs to his credit but was never in contention to make it four as he finished ninth, said Treve had shown a different side to her on Sunday.

“She was a different horse from the Treve that I rode earlier in the year,” said Dettori, who rode her to two defeats early in the season.

The Japanese dream of winning the race they regard as the greatest in the world was once again dashed as both Harp Star and Gold Ship were left with far too much to do and their late runs yielded little. 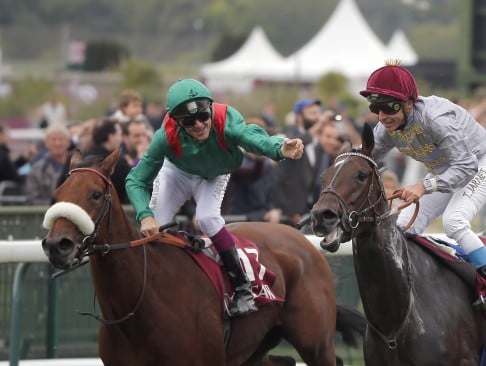 Just A Way was prominent in the straight but failed to stay the 2,400 metres and faded from the fray as proven stayersTaghrooda and Flintshire came through, with the latter getting the better of the filly to take second for seven-time winning trainer Andre Fabre.

Angus Gold, racing manager to Taghrooda’s owner Sheikh Hamdan al-Maktoum, said there was nothing to be ashamed of in defeat.

“She looked like she was going to win coming into the straight but she has been beaten by a great horse. We leave with our heads held high,” said Gold.