The Group One Longines Hong Kong Mile has emerged as the toughest of the four international day features to win for visitors, but it has not stopped Japan throwing four runners at the HK$23 million event in what seems a vintage year for locals at the distance. The Group One Longines Hong Kong Mile has emerged as the toughest of the four international day features to win for visitors, but it has not stopped Japan throwing four runners at the HK$23 million event in what seems a vintage year for locals at the distance.

John Moore's wonder horse Able Friend should start a dominant favourite, but he will be joined by two-time Horse of the Year Ambitious Dragon, who won the race two years ago, and in-form reigning Champion Miler of the Year Gold-Fun.

Throw in last year's Hong Kong Mile winner Glorious Days, with his trainer John Size replicating the same successful first-up preparation as 12 months ago, and wresting the hardest of the four trophies away from the locals seems an impossible task.

And if Able Friend's effortless win in Sunday's Group Two Jockey Club Mile wasn't enough to send shudders through the opposition trainers, a quick scan of the record books will be, with the last eight editions of the race snared by horses trained at Sha Tin.

The first of the Japanese runners has already arrived, Hana's Goal. The diminutive and flighty mare was a Group One winner in Australia earlier this year, but failed to make an impact in Sunday's Jockey Club Mile when a travel-weary ninth. 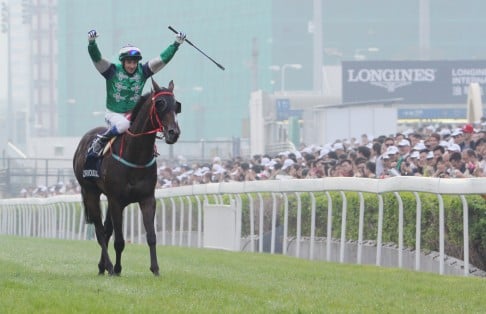 The best of the Japanese from a recent form standpoint is Fiero, who was narrowly edged out in last weekend's Mile Championship at Kyoto.

Fiero is still on the rise, and will be joined by another lightly raced visitor from the land of the rising sun, the talented but inconsistent World Ace. The five-year-old missed more than 18 months through injury, including all of 2013, but returned this year with a Group Two win over a mile and will be third-up on December 14.

Veteran Grand Prix Boss is familiar to local fans after an unplaced effort in this race two years ago, and he comes back having run a nose second to runaway Dubai Duty Free winner Just A Way in this year's Yasuda Kinen.

Qatari-owned globetrotter Trade Storm is a seasoned campaigner coming off a third in the Breeders' Cup Mile after prevailing in the Woodbine Mile in Canada, and his best might not even be enough.

Roger Charlton's Group Three winner Captain Cat makes up the visiting group, coming off a fourth in a Listed race on Kempton's all-weather track, while Moore's Secret Sham sneaks into the field after he finished fourth in Sunday's local lead-up. 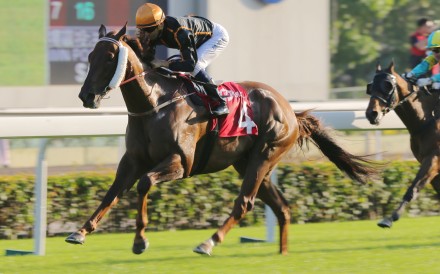