Able Friend heading down under? Don’t hold your breath

Australian racing fans awoke to an early New Year’s present, first reported by the SCMP, that the world’s best miler Able Friend might be headed back to Sydney, where his illustrious career began. 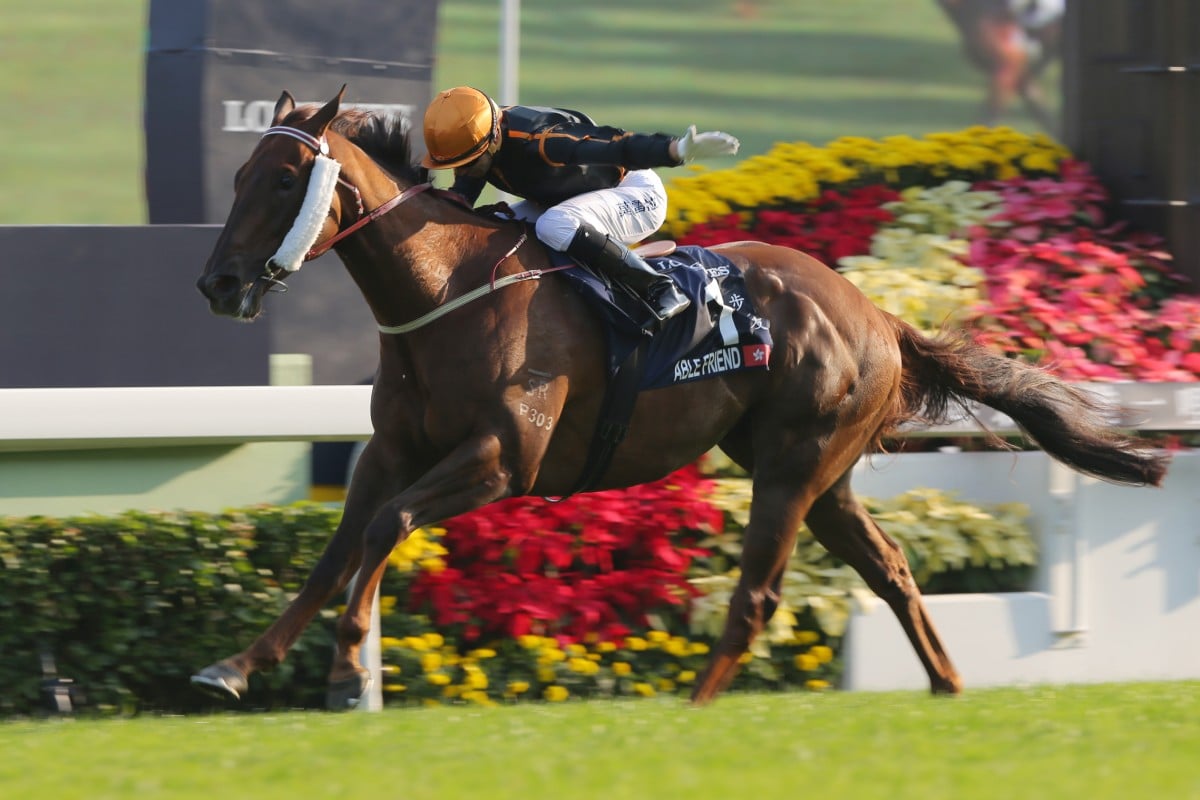 Hong Kong Mile winner Able Friend would be a drawcard for Sydney's The Championships, but how likely is it that he'll head to Australia? Photo: Kenneth Chan

Australian racing fans awoke to an early New Year’s present, first reported by the SCMP, that the world’s best miler Able Friend might be headed back to Sydney, where his illustrious career began.

John Moore’s Able Friend, a runaway winner of the Longines Hong Kong Mile at his most recent start, is set to become the highest-rated horse ever to have been trained at Sha Tin when the final 2014 ratings are released this month.

And the news that he could be heading back to Australia to target the country’s most prestigious mile race, the A$3 million (HK$19 million) Doncaster Mile, during “The Championships” meeting, set Twitter alight.

@Globalgallop top news . Nothing like seeing the best v locals. Would be awesome if Able Friend came. That would get me on a plane to Syd!

It even resulted in one betting organisation including Able Friend among a strong Japanese contingent announced yesterday. Hong Kong, China,  Japan . . . you know, same thing.

Having grown up in Sydney racing, nothing would be more exciting than seeing Able Friend cruising up to the leaders as they top the famous Randwick rise at the 300-metre mark, under a hold from Joao Moreira, before dashing away for another breathtaking win.

But it’s time for a reality check – it is still a stretch that Able Friend will be at Randwick on Easter Saturday, even if Dubai is off the table.

Able Friend’s owner, Dr Cornel Li Fook-kwan, is hesitant to take the horse to Meydan for the Dubai Duty Free and maybe that is to do with the loss of form some horses have experienced coming back from Dubai. The nearest example is Sterling City’s loss of form since his Golden Shaheen win in March last year but there are others - Vengeance Of Rain was never quite the same after his Sheema Classic win.

That said, the Doncaster option came somewhat out of left field. Here is last year's Doncaster, won by Sacred Falls.

The natural alternative to Dubai seemed to be to stay in Hong Kong and run in two of the newly international Group One events – the Stewards’ Cup (1,600m) and the Queen’s Silver Jubilee Cup (1,400m) – before tackling the Chairman’s Trophy (1,600m) and the Champions Mile (1,600m).

At this stage, Sydney remains only one option and no decisions will be made until after the Stewards’ Cup on January 25, but there are a number of reasons to suggest he won’t be heading south.

Australia’s strict quarantine measures are a major stumbling block, and it remains a mess three months out from their showcase carnival.

Moore, who is also looking to take 2013 Hong Kong Vase winner Dominant to the Sydney Cup, has previously stated he would only go to The Championships if the horses were able to do their quarantine period at the city’s Canterbury racecourse. Last year, visiting horses had to do a stint at Melbourne’s Werribee racecourse before making the 900km trek to Sydney.

While work has begun to ensure Canterbury can be used as a quarantine facility, it’s still not set in stone it will be ready in March and April.

The biggest hurdle though – and a political hot potato – is the likelihood the quarantine period after the Doncaster may force him to miss the HK$14 million Champions Mile on May 3, in which he finished second to Variety Club last year.

While it is technically feasible he would be able to run in both – he would have to do two weeks of quarantine in Australia before doing another week in Hong Kong – the tight timeframe would not allow for any mishaps or incidents.

In any case, expect those at the top of the tree at the Hong Kong Jockey Club to be aghast that Hong Kong’s champion may miss one of the spring features – particularly if he is running in New South Wales, a jurisdiction which has had a bitter divide with Hong Kong dating back to the Chris Munce saga.

Expect it to be a fiery period of horse trading, negotiation and political manoeuvring as three of the world’s biggest jurisdictions fight to have Able Friend in their features. And don’t be surprised if he ends up staying in Hong Kong before tackling the Queen Anne Stakes at Royal Ascot in June.

As a betting man, I’d be happy to lay the $6 on offer about Able Friend in Australia to win the Doncaster Mile – he is less than a 16 per cent chance of returning to Sydney this season, let alone running in the Doncaster. 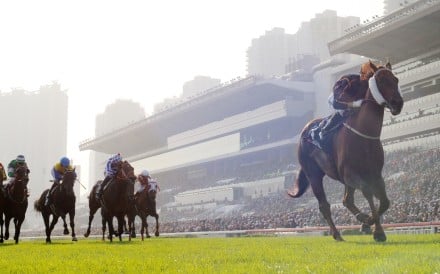