After controversial gelding's tough mile victory delivers Moreira a three-timer, delighted trainer Chris So has his sights on the Classic Cup 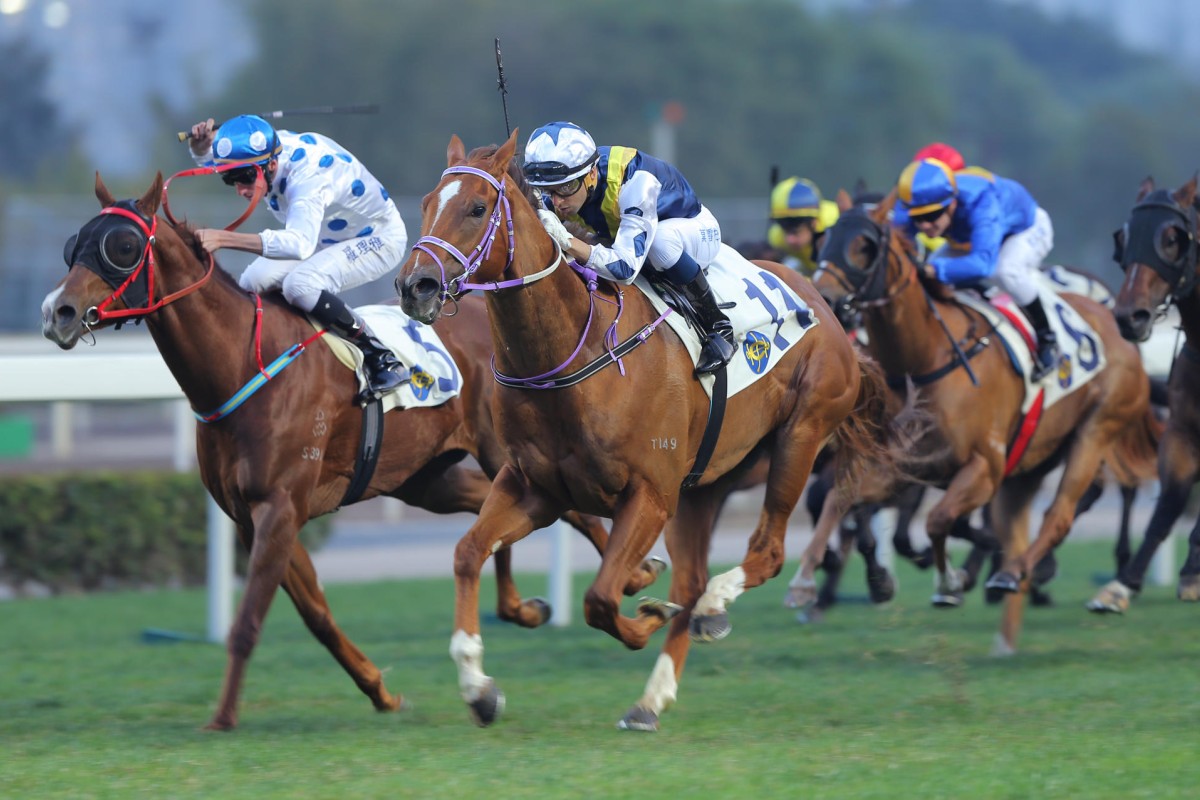 Joao Moreira manages to keep Redkirk Warrior in line before he unleashes a strong turn of foot to emerge as a Derby contender. Photos: Kenneth Chan

Chris So Wai-yin was excited to have a big race contender on his hands, but the young trainer was also trying to defuse the hype surrounding Redkirk Warrior after the four-year-old import burst into BMW Hong Kong Derby calculations with a tough mile win at Sha Tin yesterday.

Of course, the Derby is what the owners would have been thinking when they bought the horse, so he is headed that way
Chris So

The horse that was at the centre of a recent running and handling inquiry stormed home despite a wide run in transit to give his trainer a double and jockey Joao Moreira a three-timer, with the HK$6 million Hong Kong Classic Cup on February 15 firmly on the agenda.

"There's a long way to go yet," So told the Derby-obsessed local media after the big second-up effort. "Of course, the Derby is what the owners would have been thinking when they bought the horse, so he is headed that way, but first we have the Classic Cup in a couple of weeks."

After being stuck three-deep with no cover through most of the run, Redkirk Warrior still found enough to prevail in a final furlong stoush over race favourite Contentment, with a rematch looming in the Classic Cup.

Redkirk Warrior flashed home for fifth first-up over 1,400m on January 4, with Gerald Mosse's ride coming under the scrutiny of stewards and the veteran French rider receiving a lengthy 15-meeting ban for not taking all reasonable and permissible measures to obtain a winning position. 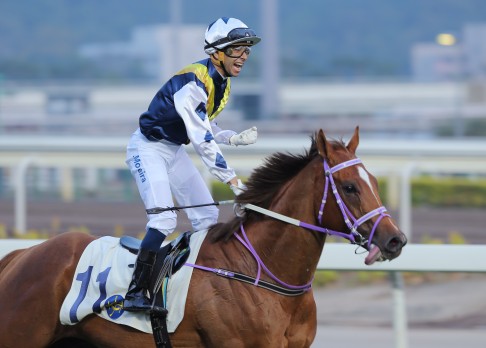 Mosse's appeal is yet to be heard, but part of his defence is believed to be that his perceived lack of vigour approaching the turn was due to the fact that Redkirk Warrior has a tendency to overrace if pushed.

With jockey Nash Rawiller slowing the field up on leader Contentment in the middle stages, Moreira managed to keep the hard-going Redkirk Warrior under control and the 79-rated gelding was able to unleash a nice turn of foot to challenge in the straight.

"They went quite slow in front, so if he was going to overrace, that's when he would have done it - especially with no horse in front of him and racing without cover," Moreira said. "He travelled strongly, but didn't overrace. He has a great turn of foot and once he gets momentum he really goes beautifully."

Redkirk Warrior's rating will go into the mid-80s with yesterday's win and as he progresses towards a possible Derby start on March 15 his trainer is not worried about stepping up in trip.

"That's the great thing about him, he has that acceleration, but we know he can get a trip," So said of the winner of two from two in England, both races over 2,000m.

So had an outstanding rookie season with 39 winners and after a high turnover of horses in the offseason he admitted "the pressure was on" when he was the last trainer to notch a winner this term. 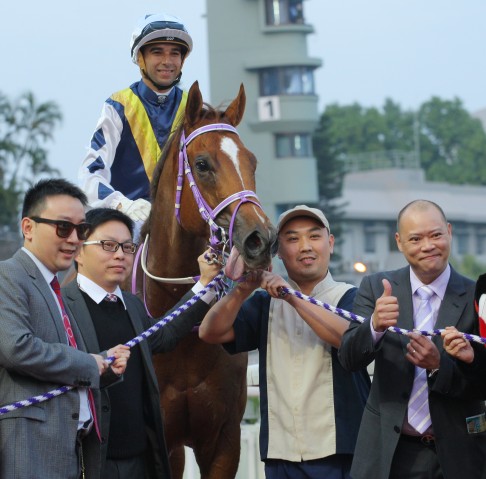 After a win earlier in the day with smart young sprinter Elite Spirit (Brett Prebble), So now has 19 winners approaching the halfway mark of the season and the sort of big-race runner every young trainer craves.

"It's great to have Redkirk Warrior headed that way to a big Group One, provided he comes through the race OK," he said.

"At the start of the season it was tough, but we just had to take our time with those young horses we brought in, and Elite Spirit was one of them."

Moreira's three wins - having scored earlier on Optimization Star and Sugar City - gave the Brazilian 64 for the term and a 21-win lead in the jockeys' championship over ailing rival Zac Purton.

Moreira pointed out that his winner for Richard Gibson, Sugar City, was his first for the English trainer, leaving just two trainers he has not ridden winners for - Sean Woods and Michael Chang Chun-wai.

"And I will be doing my best to change that and ride winners for them, too," Moreira said. 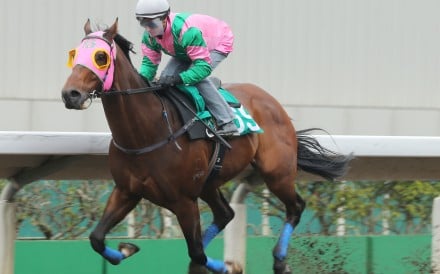 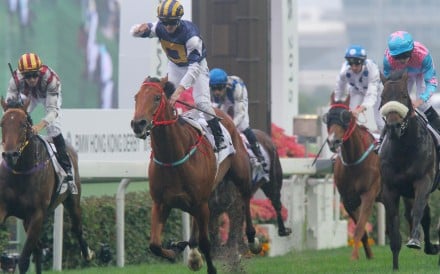 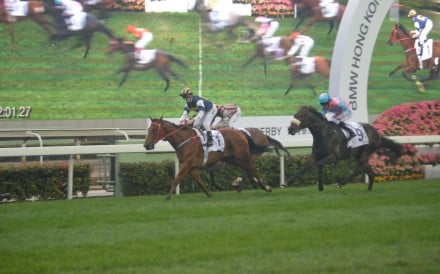 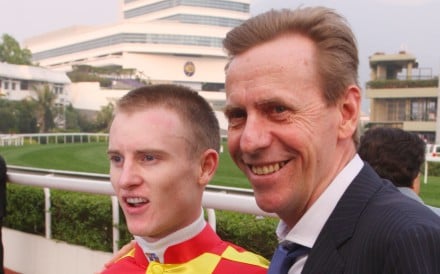