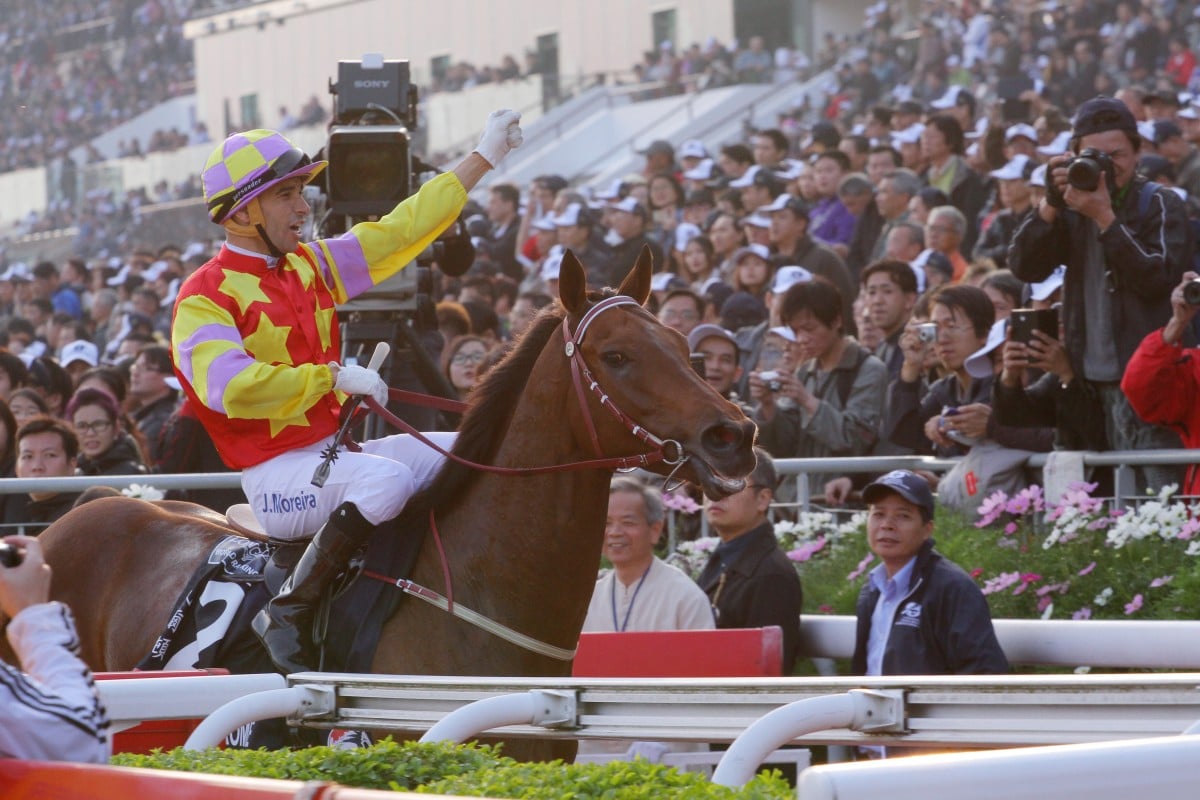 Designs On Rome will step out for the first time since winning the Hong Kong Cup in December. Photo: Kenneth Chan

John Moore admits there is plenty for Designs On Rome to overcome in the Group Three Centenary Vase (1,800m), but he is confident the Horse of the Year is up to the task in a race he has to have for his future plans anyway.

"It's almost two months since the Hong Kong Cup and everyone is in the same boat needing a race before the Gold Cup on March 1," said Moore on Friday.

He's kicking his brands off in the mornings and I'm thrilled with how he has worked. He's every bit as good as he was before the internationals
John Moore

"So he must run, even though 1,800m is a touch short for him and the race is under handicap conditions."

Moore has won the race six times, including four of the last nine editions, and went within a neck of rolling topweight Akeed Mofeed in last year's Centenary Vase with Ashkiyr, in receipt of 20 pounds from the Derby and Hong Kong Cup winner.

The lighter-weighted runners this year are arguably better-performed than Ashkiyr - including the three horses that chased home Flintshire in the Vase in December and ageing superstar California Memory - so Moore is well aware of what he is up against with Designs On Rome.

"The lightweights always run very well in these Group handicaps and I think horses like Dominant, Willie Cazals and Khaya are pretty handy horses to have to give a lot of weight," Moore said. 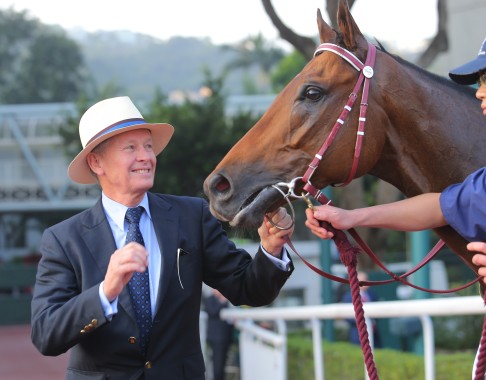 "And if a horse like California Memory brought his A game, with the weight he's got, he'd be very hard to beat. Add to that Designs On Rome being drawn wide and there is enough against him to know we'll get a really good guide to how he's going to perform in the Gold Cup and, of course, the Dubai Sheema Classic after that.

"If he was drawn better on Saturday, maybe we might have looked at having him a touch closer but, from that outside draw, he has to go back and he's hostage to whatever the pace is. It isn't easy."

Nevertheless, Moore is confident that the time off since winning Hong Kong's richest race on December 14 has not dulled Designs On Rome's edge.

"He's kicking his brands off in the mornings and I'm thrilled with how he has worked," Moore said. "He's every bit as good as he was before the internationals."

"He'll go to Sydney on March 2 and I offered Nash the ride for his first run in Sydney in the Ranvet over 2,000m at Rosehill, but we race that day here, so it's difficult for him.

"I've also decided to throw an entry in for the Queen Elizabeth at Randwick with this horse.

"It's more likely he'll go Sydney Cup but, in case he runs a blinder over the 2,000m in the Ranvet, the Queen Elizabeth is worth a lot of money and he might as well be entered just in case."

In other news, jockeys Mirco Demuro and Christophe Lemaire have passed their Japanese language tests with the Japan Racing Association (JRA), enabling them to be the first foreign riders to gain long-term JRA licences.