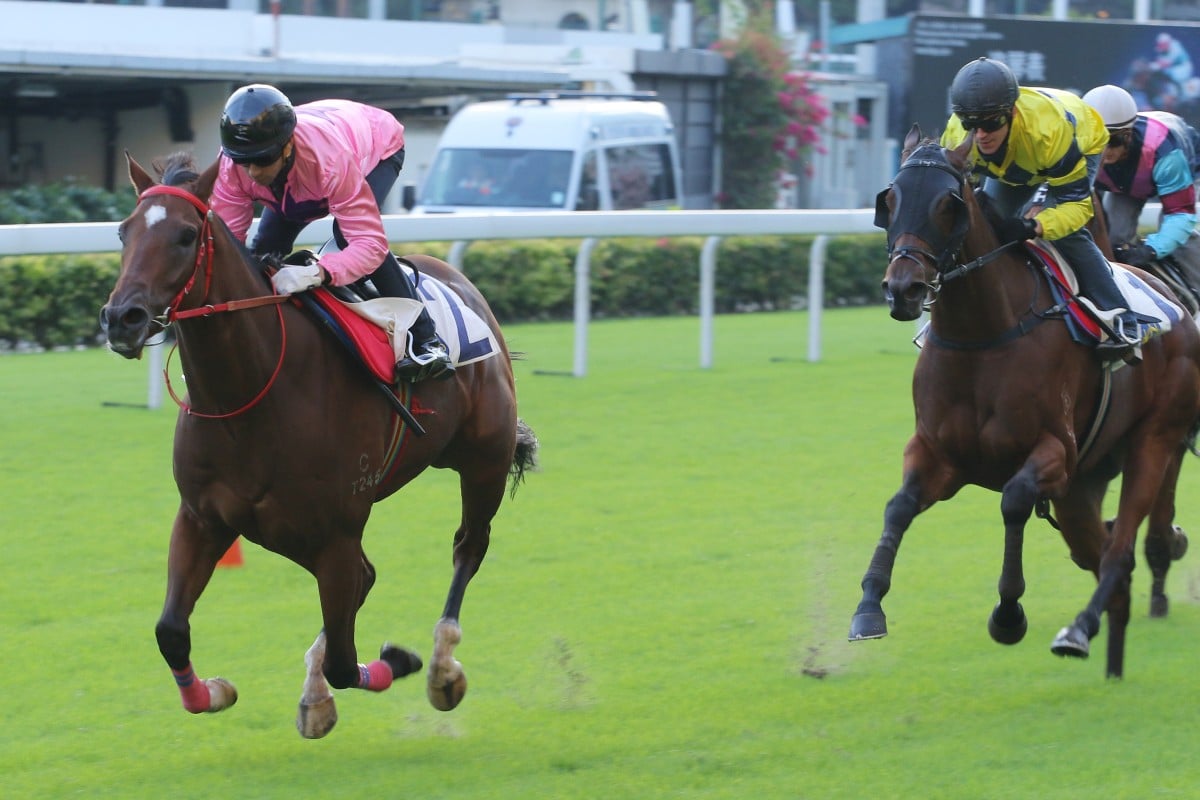 The 'Holy Roman Emperor at Happy Valley' factor will come into play when Lucky Year heads to the city circuit for the first time and he looks a solid banker for Triple Trio players tomorrow night.

In a TT bookended by International Jockeys' Championship races, Danny Shum Chap-shing has called on Joao Moreira to ride Lucky Year in the middle leg and he looms as the likely winner in a 1,200m Class Four, despite a tricky barrier draw. 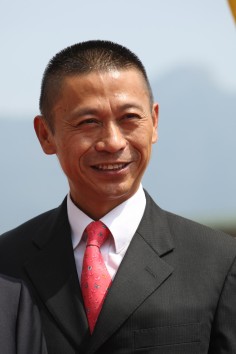 Lucky Year won two from three as a three-year-old last season to put himself in the top half of Class Three and returned with a short-head defeat behind Lucky Day.

Then Lucky Year was beaten on his merits by another Lucky: this time Lucky Bubbles, who subsequently dismantled a Class Two field and will line up as one of the leading hopes in the Class One on international day.

Shum has now looked to the Valley with Lucky Year, where the progeny of Holy Roman Emperor seem to be suited by the tight turns, shorter straight and extra give in the ground.

READ MORE: Return to Happy Valley will mark a Lucky Day for Cruz

There are plenty of topliners who have achieved great results at Sha Tin and on dirt as well, like Designs On Rome and Rich Tapestry, but horses like Legendary Dragon and Imperial Rome come to mind as sprinters who have won their way into Class Two with blistering performances on the smaller track. 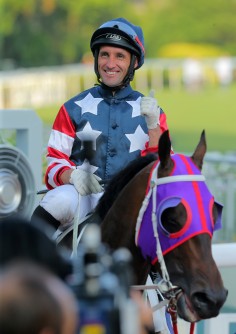 Lucky Year trialled very well at the track last week with Moreira aboard and will be the one to run down tomorrow night, even with the presence of his nemesis Lucky Day, who has drawn barrier one and gets gun rider Ryan Moore aboard.

Lucky Day should get a lovely run in behind the speed and can be considered a double banker, from Peace N Prosperity (Gerald Mosse) and Solar Hei Hei (Brett Prebble). The other two to throw into the mix are Happy Meteor (Douglas Whyte) and Popping Candy (Zac Purton).

In the other two legs of the TT, take Prebble rides as bankers: Strathearn in the 1,650m opening leg and Jolly Posh in the 1,000m anchor leg, with both horses drawing low.

Strathearn has been racing without luck over the course and distance and, from barrier two, he should be able to find an ideal position in behind the speed.

This is a weak race on paper and the unfamiliarity of the mounts to foreign riders could create some wild and hard to predict tactics, making Prebble's draw even more crucial.

Of the others, perhaps Noble De Man (Gavin Lerena) stands out, but from there it is hard to nail down reliable selections. Moreira will have to be at his best on Addole from gate 10, while G-One Lover (James McDonald) can improve with a more patient ride. Circuit King (Maxime Guyon) has enough ability and his pedigree suggests the step in trip should suit, eventually.

The son of High Chapparal is a hard one to have here, though - he raced like a tired horse last time out, sweating up badly before the race, and while a six-week break between runs is probably what he needed, being thrown into a 1,650m race after an appalling trial perhaps is not.

Either fly by the seat of your pants with Circuit King or go with Happy And Healthy (Moore), who should appreciate the switch back to the Valley and step up to 1,650m.

Jolly Posh will not only benefit from a better draw but coming back to 1,000m after failing to stick on under apprentice Jack Wong Ho-nam last time out over 1,200m. 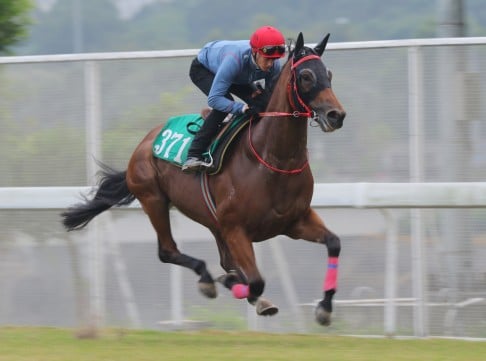