Flying in from a Group One victory Down Under, the Australian jockey claims his first overseas major to give trainer John Moore a record-equalling fifth Derby 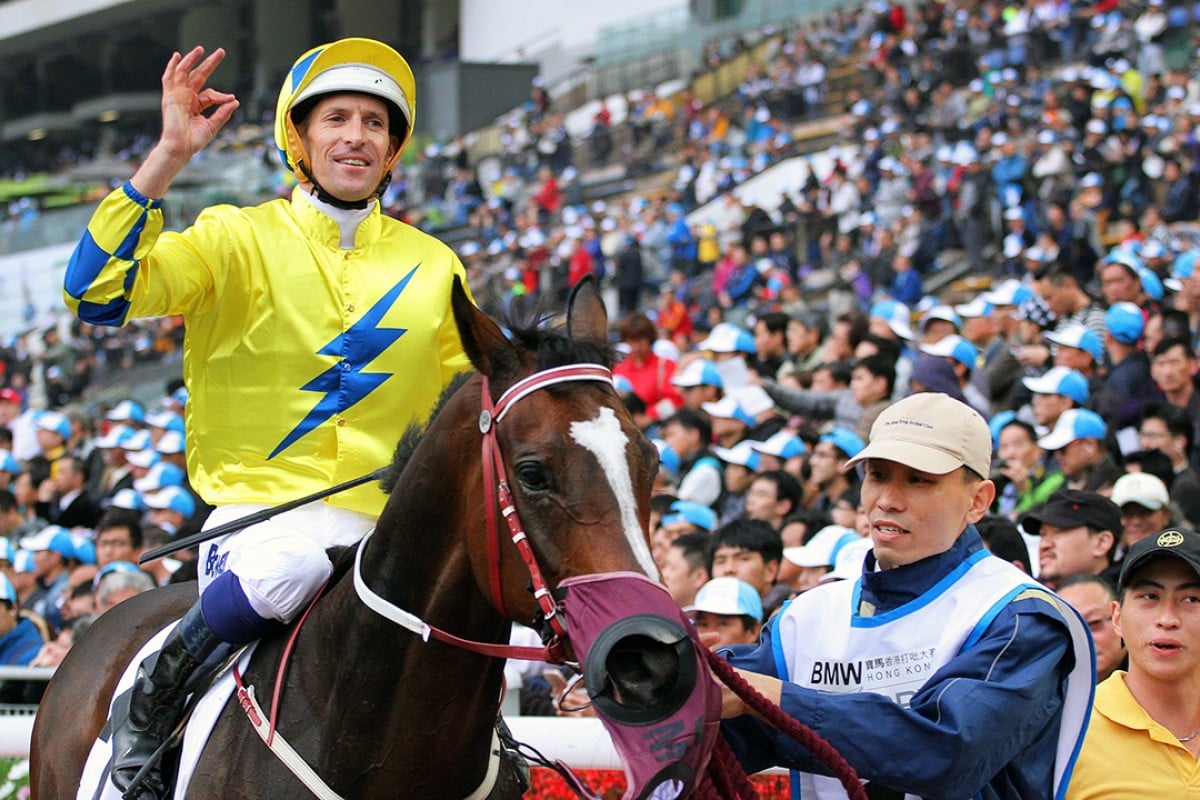 Australian jockey Hugh Bowman never came down from the rarefied air of his overnight flight from Sydney to land his first overseas major on a horse named after a sweet-maker, giving John Moore his record-equalling fifth BMW Hong Kong Derby and a triumphant quinella in the HK$18 million classic.

On Saturday afternoon, Bowman claimed another Group One on Australia’s cult darling Winx, as she added one more to her eight-race unbeaten sequence, but Werther – like the butterscotch candy – broke new ground for the rider, who had won many big events and even specialises in Derbies Down Under, but had never won one on foreign soil.

“It gives me great pleasure that it’s here in Hong Kong – it’s the highlight of my career,” said Bowman, who looked like winning easily at the 400m before having to shake off stablemate Victory Magic in the final stages.

“I didn’t even stoke him up from the top of the straight, I just let him go through his gears and I was surprised, considering the way he let down, that the second horse was even able to come with me.” 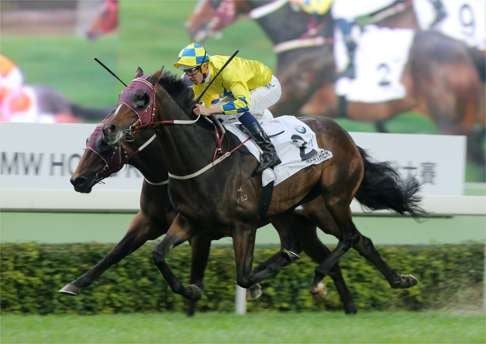 “I said I need an 80-plus horse to buy for one of John’s owners, Johnson Chen, if you hear of something suitable. David got back to me and said Werther’s available – he had some fantastic form through a very good filly in Australia called Delicacy – and I didn’t have to think about it too much,” said Gary Moore.

“It’s such a thrill. I won this race twice as jockey and now to win it with John like this ... fantastic.”

And the excitement for John Moore didn’t end with the winner, as he saddled up second and fifth as well and took out his fifth Derby to give him a slice of the record with local legend Brian Kan Ping-chee.

“It’s such a great team effort, from Gary down to all the staff – everyone at the stables was saying before the race this horse has never been so well before,” Moore said. “But for my two to clear away like that was tremendous.” 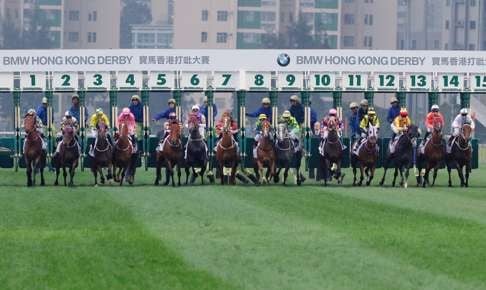 Werther’s stallion Tavistock is having a golden period, with Victoria Derby winner Tarzino winning the Rosehill Guineas in Sydney on Saturday, and on hand at Sha Tin was Werther’s former owner and breeder, New Zealander Tony Heptinstall.

“I owned Tavistock and sold him to Cambridge Stud but kept a few shares and I owned and bred this guy until Gary bought him off me,” said Heptinstall, still nervously smoking half an hour after correct weight.

“I still own some brothers and sisters so it’s a big result. I promised myself that I’d fly up to watch if Werther made it to the Derby – it’s only now I’m realising what a big race it is here.”

Grey skies and the overhanging prospect that it might turn wet held back the fans but only insofar as “just 55,000” turned up for the season’s favourite race, down from the 64,000 in 2015 which had been the best crowd in 17 years.

“Yes, the crowd was down but this crowd in this weather? I think it shows people are pretty enthusiastic,” said Jockey Club chief executive Winfried Engelbrecht-Bresges.

“From the sporting side, it was an exciting Derby – we saw some horses with great potential for races 2,000m plus and we saw some horses who showed that an extra 200m can be a long way. But they will also be terrific horses for Hong Kong going to the future when they return to their best distances.”