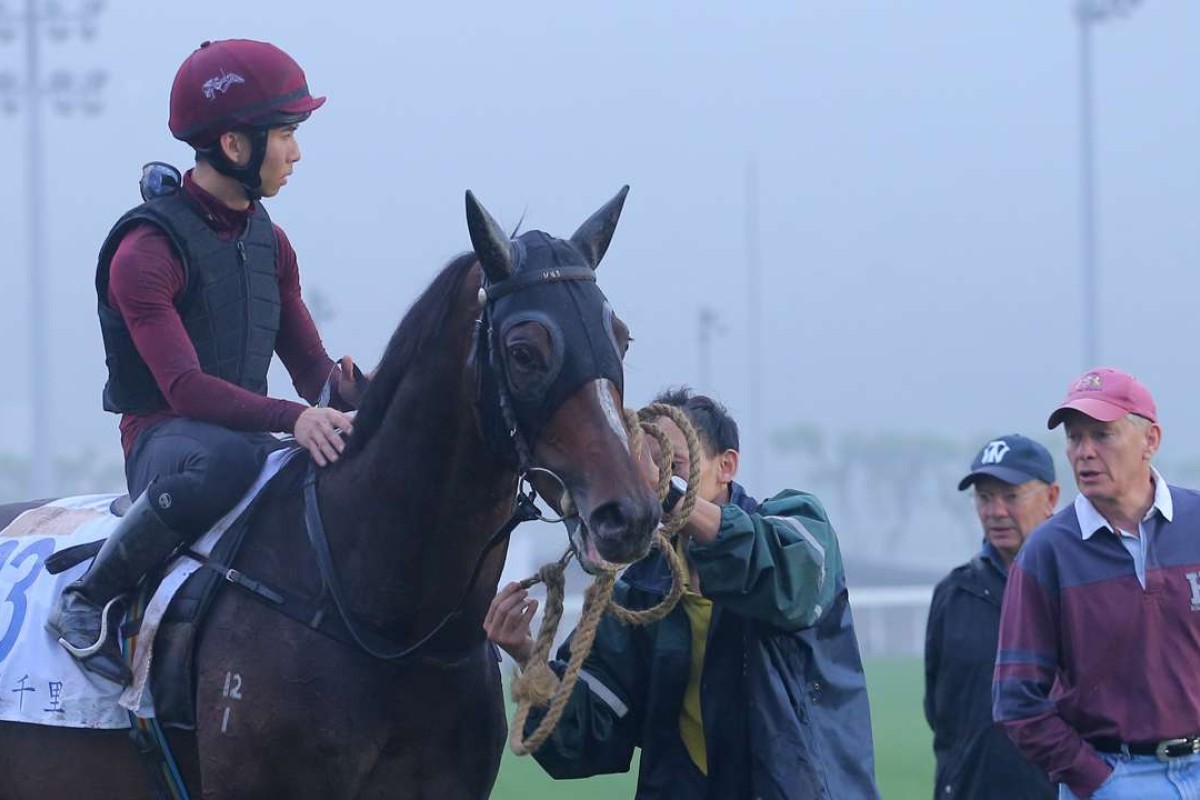 Any fears Werther is feeling the effects of his BMW Hong Kong Derby campaign were put to rest with a strong gallop yesterday morning as John Moore’s three Audemars Piguet QE II Cup runners had their final hit-outs at Sha Tin.

Werther worked through a strong 1,200m on the grass with a companion under floodlights early yesterday morning with work rider Thomas Yeung Kai-tong aboard, finishing under a strong hold and still full of running as he crossed the line.

“Thomas rides him every morning and said this horse can’t be any fitter, he is as fit as when he won the Derby,” Moore said after the four-year-old cruised into the home straight and sprinted home his last 400m in 23 seconds next to lower-ranked stablemate Beauty Prince. 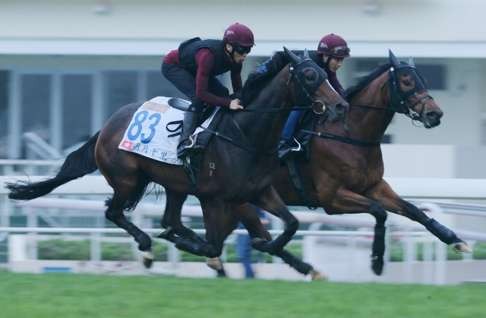 “I suppose the concern with him is whether he can reproduce that effort and peak twice. You can’t fault him to look at though – he looks very well in the coat, dappled up and hasn’t lost a pound from the Derby.”

Moore’s Designs On Rome was the last horse to take the Derby-QE II double, taking both races in 2014, and the six-year-old laid down an encouraging piece of work on the dirt, attacking the line with relish as he galloped alongside long-retired sprinter Leading City.

Designs On Rome started the season in scratchy form but has since bounced back to near his best despite his advancing years and off-season arthroscopic surgery on both front knees. 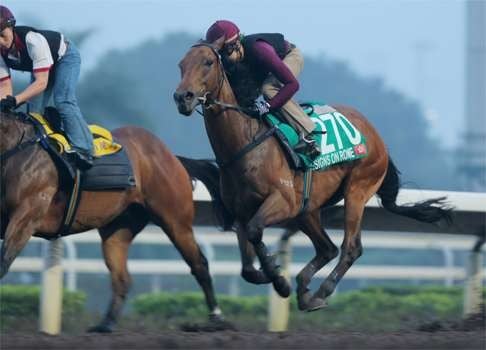 “He is as fit as we can get him, his joints are right, he hasn’t missed a day of trackwork so he is handling the after-effects of that arthroscopic surgery really well,” Moore said after Designs On Rome zipped home over the last part of a 22.7-second final 400m.

Helene Happy Star requires the biggest form turnaround of Moore’s trio to be competitive after a poor last-start display at Happy Valley and in his trainer’s eyes, he is yet to prove he belongs at this level anyway. 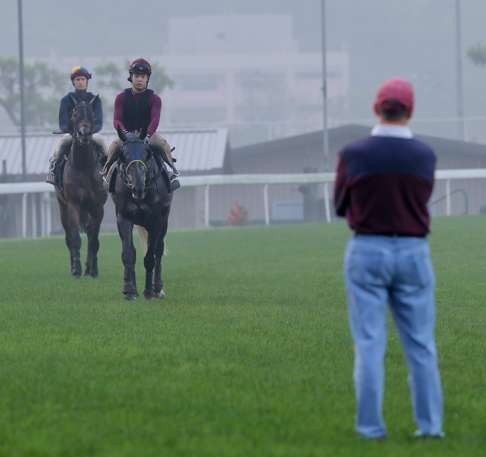 A trademark of visiting Japanese horses over the years have been their strong pre-race track gallops and likely race favourite Lovely Day didn’t let observers down with a decent gallop on the turf three days out from the HK$20 million race.

Also working well was Hong Kong Cup runner-up Nuovo Record, Yutaka Take arriving in time to put the mare through a 23.1-second final 400m that should have cleared her airways.

Satono Crown is yet to work fast and he instead took what looked like a reconnaissance mission around the Sha Tin track, with the four-year-old colt to complete a stalls test this morning.