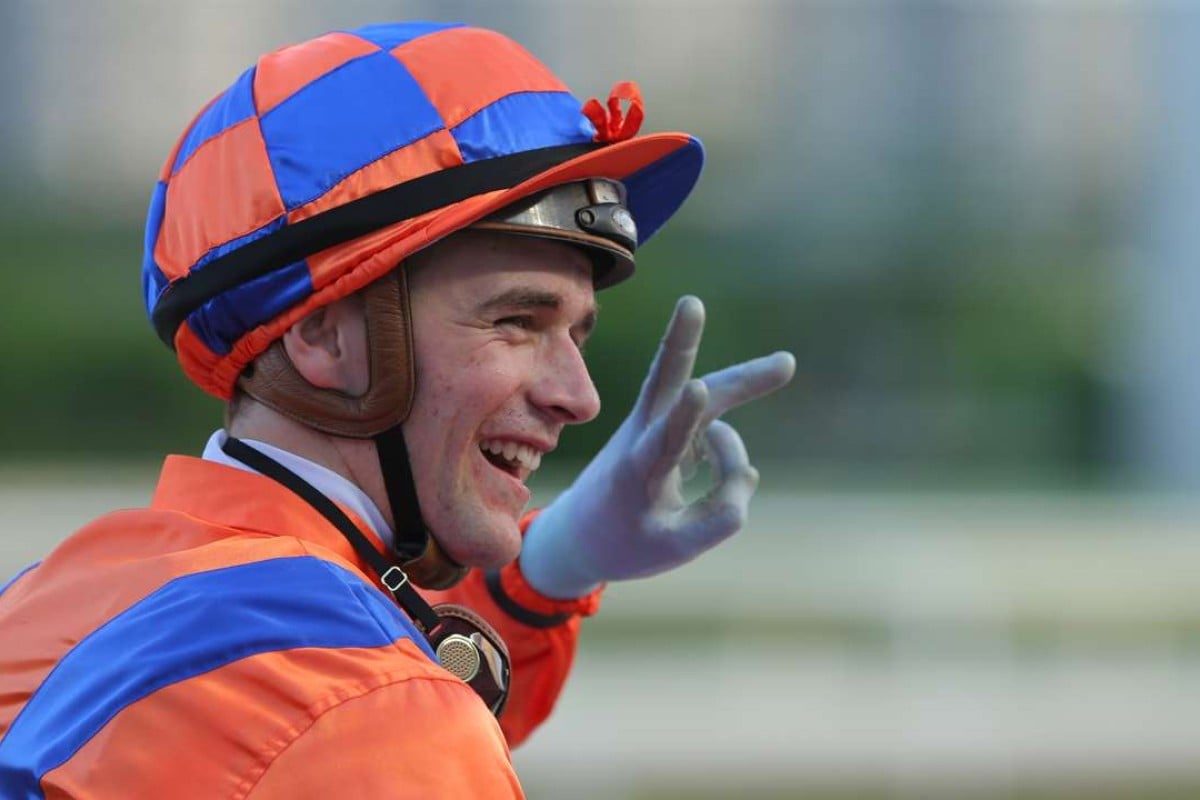 Australian jockey Sam Clipperton went to the races thinking he had chance of riding a winner but finished with a treble at better than 10,000-1 odds and sealing some new relationships into the bargain.

Only Derek Cruz is yet to train a winner for the new season after Francis Lui Kin-wai got off the mark in style with a double – Unique Happiness (Kei Chiong Ka-kei) and Iron Boy, part of Joao Moreira’s treble – and Clipperton helped Benno Yung Tin-pang to his ice breaker with Sensation in the ninth.

“I came to the races confident in one or two but I’m starting to see that winners here can come from anywhere, not only the ones you expect to run well,” said Clipperton after the wins by John Moore-trained Sea Jade, Sensation and Chris So Wai-yin-trained Turf Sprint.

“All my winners had bad barriers so it wasn’t straightforward and it was almost four when Pablosky just got beaten so it was a pretty pleasing day.” 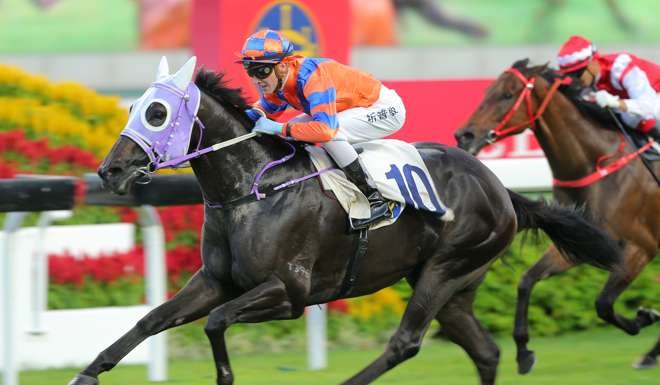 Clipperton scored a double on September 11 to get himself on the scoreboard in his freshman season but things had quietened down before Saturday’s three-timer.

“I can see that things go a bit like that here, a bit of a roller coaster, so I’m going to really enjoy a day like this when it comes along,” the young rider said.

“And I’m pleased to have won for two more trainers, Chris and Benno, which hopefully can open up more opportunities. I know how important it is to build relationships with as many trainers as I can.”

Breakthrough: Sam Clipperton lands Sha Tin double to get off the mark in Hong Kong

Three-year-old Sea Jade was the horse that Clipperton knew best as he has been doing all the preparation work on the gelding for Moore.

“He is one I expected to run well. His work has been very good and the only problem was the outside draw but we took that out of the equation early by using his pace and going to the lead,” Clipperton said.

“He was quite impressive, he’s only a young horse and lightly raced so there should be more wins ahead for him.” 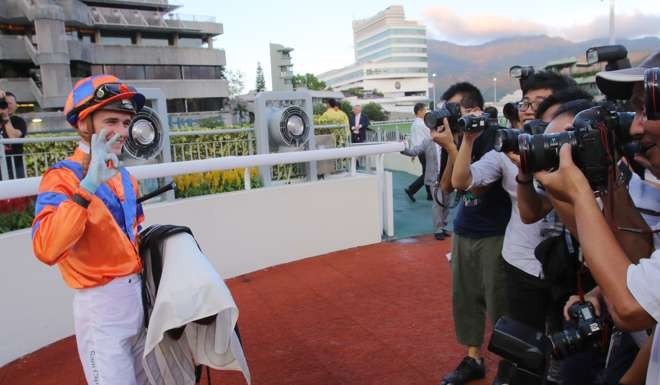 But if Sea Jade was expected and Sensation suspected, since he had won first-up before, Turf Sprint dealt most punters a heavy blow when he swamped his rivals from the back half of the field.

“The last race looked very competitive on paper and I watched Turf Sprint’s replays from last season and saw he had a bit of speed but it was going to be difficult to use it from the wide gate,” Clipperton said.

“I knew the leaders would go hard in the race so I tried to slot in somewhere behind the speed and let him finish it off.”

WATCH: Highlights from the Celebration Cup

Turf Sprint had trialled nicely but So, who had handled the horse only for his prior two starts, admitted post-win that he wasn’t convinced the horse would be able to perform off his current rating.

“Honestly, I said to the owner that the horse was healthy but looked to be on his mark and it was hard to be confident, but Sam rode a great race and there it is,” So said.