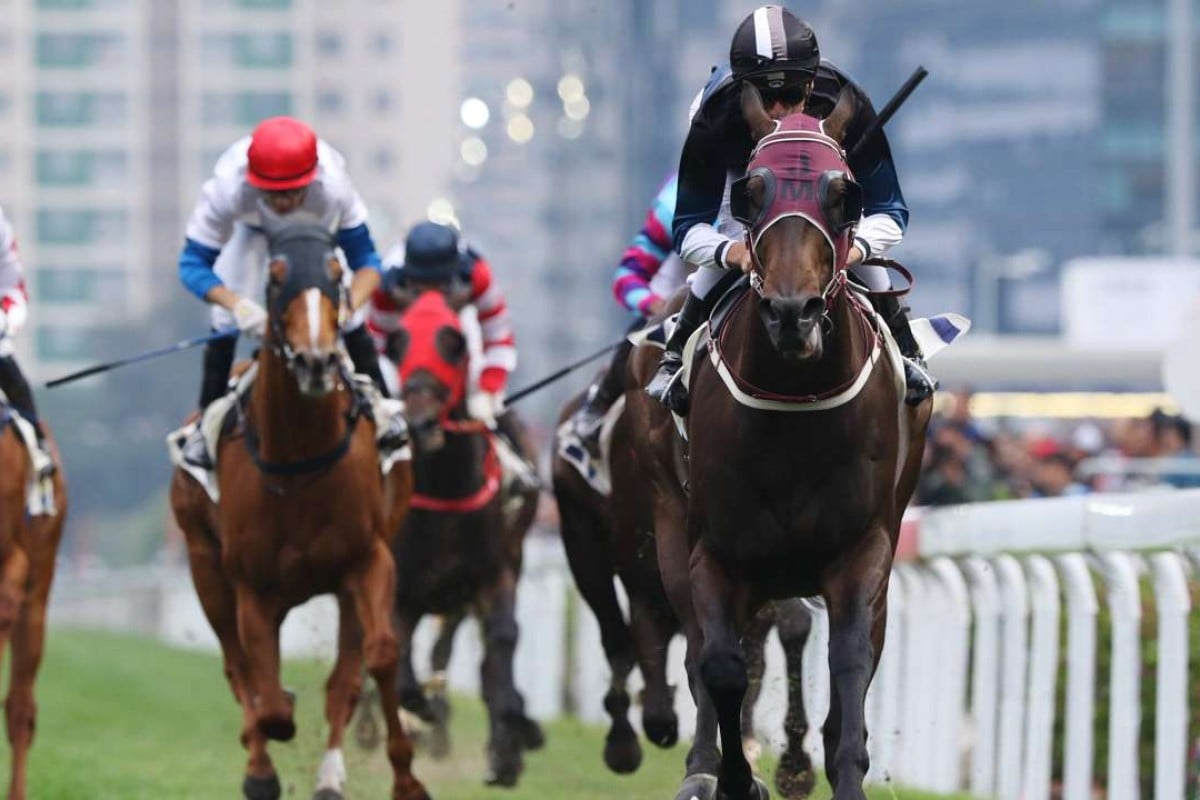 Saturday’s total mop-up job on a worthwhile Class Two by Bad Boy was a timely reminder that, in days gone by, John Moore would be eyeing off running the four-year-old in a Group One in the not-too-distant future.

Sure, he has the Group Three Bauhinia Sprint under handicap conditions early in the New Year, where Bad Boy will get all the advantages at the weights meeting the likes of Not Listenin’tome, Peniaphobia or Amazing Kids with plenty of poundage between them.

Bad Boy was devastating winning down the straight in Class Three last summer and mirrored that when he spreadeagled rivals on the weekend.

If he isn’t favourite to beat the established big names on January 8, he deserves to be fighting out that favouritism at the very least.

With that weight advantage, this is the moment when he tells us whether he is really top grade – and he will beat them if he is – or about to hit the glass ceiling that separates the talented from the elite.

But, even if he does have the measure of his rivals under handicaps, establishing himself beyond that gets tough unless he runs just as well at 1,200m, since the Jockey Club has done away with Group One 1,000m races. The Bauhinia Sprint was once a Group One, was brutally demoted to a Class One at one stage, and is now a Group Three and the Centenary Sprint, also a Group One over 1,000m until last season, is now 1,200m.

The stubborn, biased embarrassment that is the 1,000m course at Sha Tin is surely at least part of the reason for scratching those races off the calendar but it means that there are only two Group races a season – the National Day Cup and Bauhinia Sprint – for the minimum trip sprinters, and they will be all done and dusted by the first week of January.

Now we objected to this scrapping of all 1,000m majors when it first came to light and one reason was that it robbed Hong Kong’s sprinters of a Group One leading into the 1,000m feature in Dubai, but that argument is hollow now. The Al Quoz Sprint, which proved a very worthwhile outlet for our horses over 1,000m is now 1,000m no more. It’s lucky that Amber Sky wasn’t born a few years later. 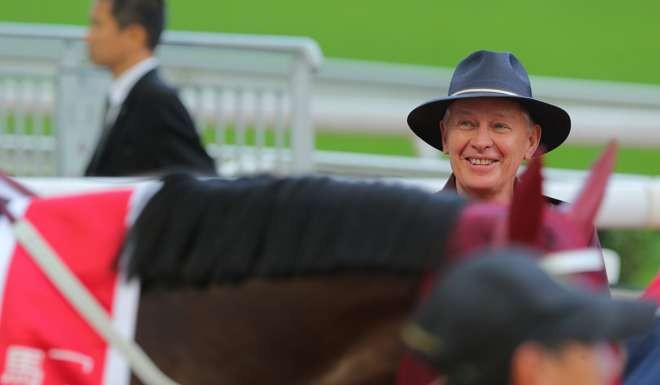 Bad Boy won two out of two over 1,200m and 1,250m - and by good margins – when he was a youngster in Adelaide, so there is reason to hope that he will manage the extra 200m that will open up a whole new world for him.

But running out 1,200m against modest lower grade opposition and doing it where he stands in the ratings now are two different things and, if he doesn’t, then the ride will soon be all over.

And, in a jurisdiction that is almost all sprinters and milers – exhibit one, our international day results – that seems obtuse, when we have three 2,400m Group events catering to a section of the horse population that wouldn’t make one per cent.

Meanwhile, international week contained some progress under the heading of harmonisation of protest rules in horseracing everywhere.

The committee within the International Federation of Horseracing Authorities (IFHA), headed by Hong Kong’s chief steward Kim Kelly and with a job for life trying to get harmonisation to happen, came up with a draft rule which would adopt the Australian/Hong Kong style of protest decision – known as Category 1 – in all jurisdictions which are in Part 1 of the Blue Book, ie the major racing centres.

That draft has been passed to the IFHA Technical Advisory Committee to consider and, if all goes well there, it’s on to the IFHA Executive Council to be finally stamped. 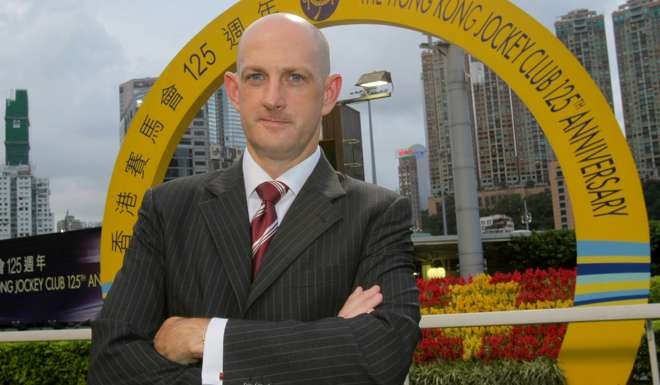 Of course, then it seems it is all up to individual jurisdictions if they want to be signatories to finally adopting it or not so…who’s on first, what’s on second, I don’t know – third base.

As we said, harmonisation looks a job for life that involves considerable banging of the head against a wall, but at least this is a start.

Even if adopted in principle, though, the Category 1 system of decision is open to some artistic interpretations, like the ones after Japan’s Group One Mile Championship last month.

Next expat trainer a mystery

Great to see David Ferraris performing back at the level we became used to in his earlier seasons here and that equine pool at the Olympic stables must really be making a difference.

We have spoken to people who are suggesting that Ferraris’ performance could also have been boosted by the absence of the cloud of negativity at those same stables when he had Sean Woods and Andreas Schutz, both under the gun on the performance criteria, as his neighbours. But if Ferraris is calling it the pool, then we’re happy to run with that.

And while we’re talking about trainers, the clock is ticking on the announcement of any new expatriate trainers to fill the void left by the departure of Schutz and Woods, with the club’s wish list for the new year probably including the release of a name in January.

After that, it starts getting harder to have anyone prepped for the commencement of the next racing season and we’d be looking at 2018. 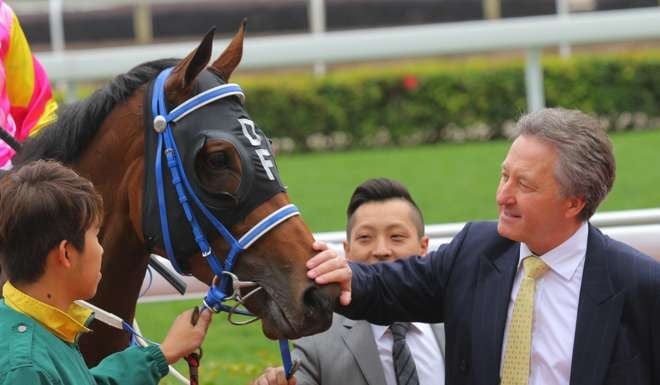 We’ve sensed a slight easing in the necessity for the next foreign trainer to be from the northern hemisphere – perhaps because suitable candidates are as common as hens’ teeth – and there has been a bit of grist for the rumour mill lately if southern hemisphere trainers are back in the picture.

In late November, we had Michael Hawkes – co-trainer of Chautauqua – at successive Sha Tin and Happy Valley meetings – just the kind of random appearance that future licensed personnel have been known to make in the interview process.

According to Hawkes himself, he was here to meet Hong Kong clients of his family’s yard at home. As Mandy Rice-Davies once once famously said in court, when told Lord Astor denied having an affair with her; well he would, wouldn’t he? But it was enough for some of our current trainers to declare Hawkes the next man in.

Then international day at Sha Tin brought more Australian trainers out in force to stir the pot. Victoria Derby-winning trainer James Cummings was here from Sydney to meet Hong Kong clients (see above), while there were quite a few other “not impossibles” from various Australian states, including Caulfield Cup winner Ciaron Maher, and one well known Aussie trainer who didn’t even make it to the races after rather a too large sampling of the Hong Kong nightlife. (Actually, if it were up to us, we’re voting for him as the next expat as the place needs spicing up – of course, we don’t have a vote, and probably for that sort of reason.)

At this stage the answer for the next expat trainer seems to be a pineapple.