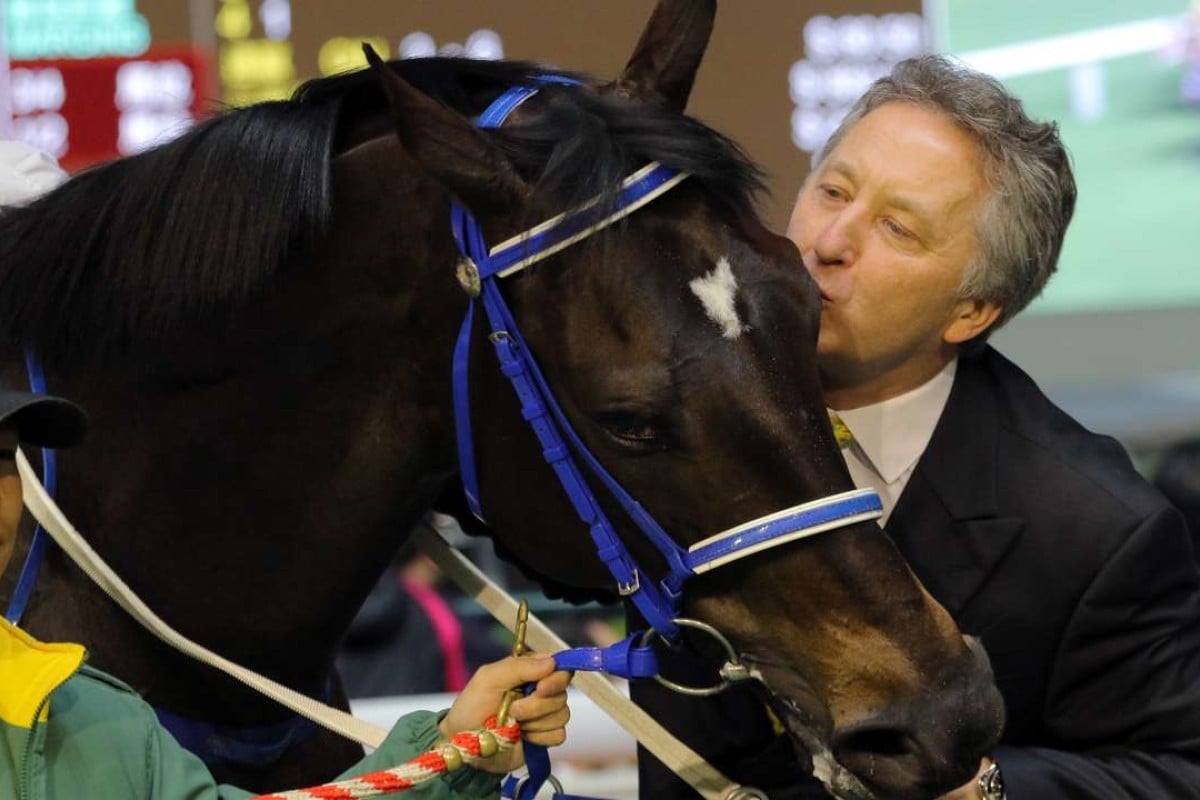 Trainer David Ferraris declared that “you wouldn’t want to train anywhere but the Olympic stables” after his renaissance season continued with another winning double.

Since his move to the much-maligned Olympic stables at Sha Tin in 2009-10, Ferraris’ win tallies have taken a dive and he has not topped 21 victories for the season.

But the enhancement of the Olympic stables with an equine pool last year and improvements to his own systems have turned that around completely and Breeders’ Star (Silvestre de Sousa) and Nitro Express (Neil Callan) took Ferraris’ season to 19 wins with the halfway mark still ahead.

“I want to let all the owners know that the Olympic stables are the finest facilities in Hong Kong,” Ferraris said. “Now that we have the pool there and I’ve got together the right staff, you wouldn’t want to train anywhere else.”

The turnaround for Ferraris has been stark and he had the vets to thank as well after Nitro Express won the night’s trophy race. 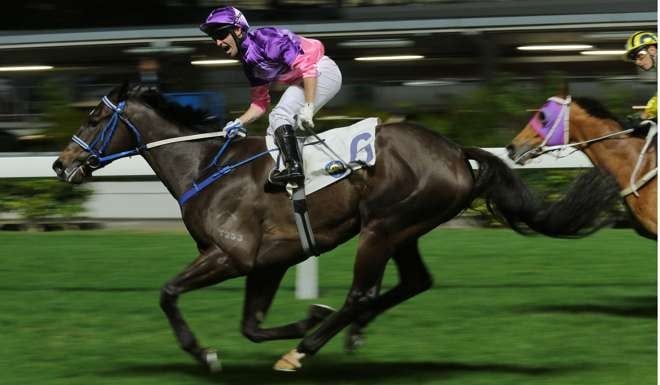 “He had a throat op that has been a success and Paul Robinson is doing a fantastic job with these horses with breathing issues,” he said.

“The other horse, Breeders’ Star, is better than a Class Four horse but he doesn’t help himself. He’s a Jetspur and gets himself very worked up when you saddle him and if we can get him to improve his manners, there is a more ahead for him.”

Breeders' Star runs down Circuit King to win the fourth of the night and give trainer David Ferraris his 18th winner of the season #HKracing pic.twitter.com/XzWCytBbYL

It was a night for comebacks, with Derek Cruz landing his first win since early December when Good Companion (Sam Clipperton) scored in the sixth and David Hall had waited even longer since his last win in late November before Andoyas (Zac Purton) broke the ice. 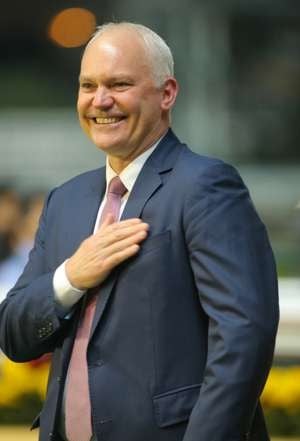 It was also the former German horse’s first Hong Kong win after 15 starts and a lengthy photo made Hall wait a little longer still.

“It’s nice to finally have a bit of the luck go our way after a couple of months when we had plenty of unlucky defeats and lots of minor placings,” Hall said.

“And this horse himself, he deserved a win. I wasn’t disappointed with him at all, he’d done everything but win.

“I thought he ran some great races last season and just got nosed out a couple of times and was unlucky. His two runs back this season had been good, it’s just a case of him getting into the right race.

“The 2,200m suited him tonight and finding the right races for him is a bit of a problem as he’s a stayer.” 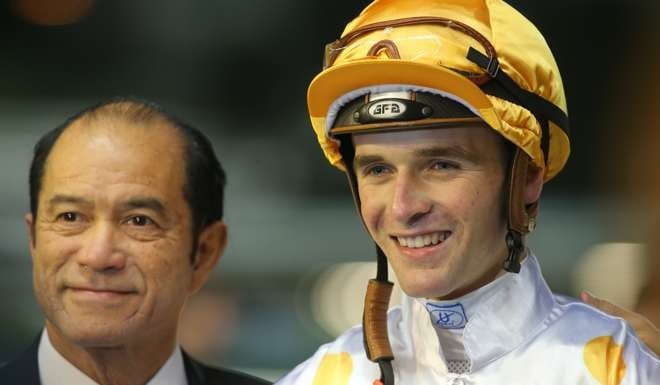 Last year, Cruz scored with Mighty Maverick, the first horse prepared for him out of the New Zealand stables of his sons, Martin and Trevor, and Good Companion came through the same process.

“We bought him in Sydney and my sons got him ready for Hong Kong,” he said. “He’s only small – we thought he would grow and he hasn’t – but he’s got good speed, he’s easy to train and getting an inside draw tonight made the difference.”

Ferraris and Caspar Fownes enjoyed winning doubles on the trainers’ side and the honours were shared around in the jockeys’ room too with Purton, de Sousa and Joao Moreira all landing a brace.

I'm A Witness leads home a big quinella as a 34-1 winner for Tony Cruz & Silvestre De Sousa over 26-1 Harrier Jet in a wild finish #HKracing pic.twitter.com/LWyrmw5hOJ

I’m A Witness provided de Sousa with the second of his wins, showing that a wide gate is not always a minus after an inside gate worked against him last time.

“He was very unlucky buried back on the inside last time and getting interference,” trainer Tony Cruz said. “He has been unlucky all season and I wasn’t too excited when he drew the outside barrier tonight but it worked out for him.”