The Australian jockey has drawn wide on five of his six rides at Happy Valley on Thursday, but Everest should still run a big race as he steps up in trip Everest is just edged out by Regency Bo Bo back in December, the four-year-old now returns to the Valley and steps up to 1,650m. Photos: Kenneth Chan

The barrier draws weren’t kind to Brett Prebble with five of his six rides drawing gate nine or wider but Everest still looks a great chance as he steps up to 1,650m in the Wai Yip Handicap.

After drawing barriers two, three, three and one at his first four starts of the season, the Chris So Wai-yin-trained four-year-old gets gate 10 as he returns to Happy Valley in an even race.

Everest has raced without luck so far this term; he was blocked for a run at the Valley first-up before two defeats by narrow margins over 1,400m at Sha Tin.

Even last start when second to Mr Potential, Everest had to switch off heels and lost momentum at a key stage.

Prebble, an expert at riding the smaller track, will have to be at his best to slot in on Everest but if he can find cover from the draw he’s a chance, and some speed in the race should help his cause.

The speed map looks relatively simple with Young Ranger and Sparkling Sword holding forward positions but if any other runners want to be handy it could create some unexpected tempo on the A course.

Prebble also rides Sweet Bean, Kirov, Smart Declaration and High And Mighty from wide draws, but does get the help from a better barrier in the opening event on the David Ferraris-trained sprinter Bear Chum. When Bear Chum won a griffin race in May and then finished second to a rampant Pakistan Star late last season, it created a level of expectation the three-year-old has yet to live up to.

With a rating that had dropped back to 53, a last-start second to Mr Right at 1,000m was a sign that Bear Chum could be finding his mark.

Likely race favourite Paddington looks the one to beat after flashing home on debut but Bear Chum should get the run of the race from his draw. The Prebble-Ferraris combination gets another chance later in the night when Smart Declaration tackles the shortest-priced favourite on the card, Premiere.

The John Size-trained sprinter does seem to have a class edge on his rivals in the Hoi Yuen Handicap but does face a stiff rise in the weights and Smart Declaration could be the one to pounce if things don’t go to plan for the top pick. 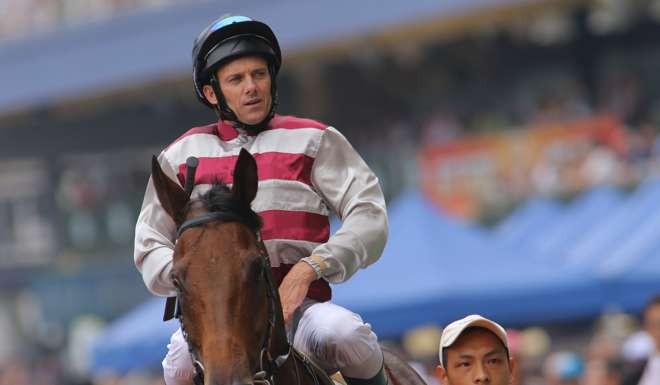 The application of blinkers and switch back to the Valley should provide a spark for the David Hall-trained sprinter Kirov in the Shui Won Handicap, although a clean jump is vital.