Bravo Watchman leaves his rivals in his wake after a terrific debut at Sha Tin on Sunday. Photos: Kenneth Chan

Trainer Chris So Wai-yin is proving adept at presenting horses capable of winning at their first race appearance and he did it again at Sha Tin with impressive trialler Bravo Watchman, who looked like he had done it all many times before.

In a very professional performance for a first starter, Bravo Watchman (Joao Moreira) began quickly, raced forward to share the lead with speedy Giddy Giddy then left him, and the rest, standing at the 200m.

“From his trials and his trackwork for me, I have to admit I did come here very confident today,” said Moreira after the two and a half length romp.

“I have liked his barrier trials and I like how Chris has trained him too. He had two nice trials here and then he took the horse over to Happy Valley to trial as well, and I think that did a lot for his mental development, giving him a different experience.

“Then he came back home today to race down the straight full of self confidence and ready to back up the opinion that we have of him.” 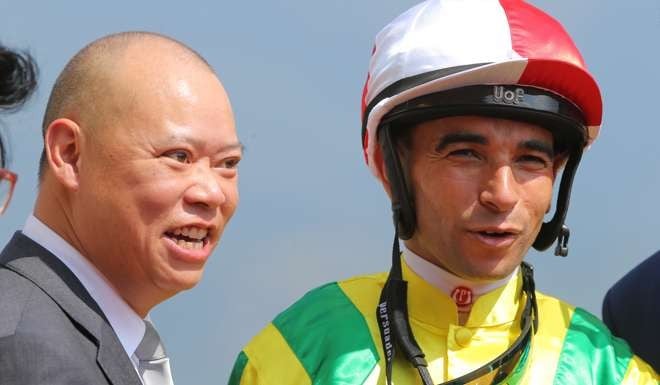 he was always confident about Bravo Watchman’s ability.

“He’s a very nice mover and I asked Joao from early on to jump on the horse and tell me what he thought and the reports were always good,” So explained.

Moreira agreed, saying he didn’t consider the son of Congrats to be a pure speed horse at all.

“I think he would have won over 1,200m today just as easily but it was a case of finding a suitable place to start him off and this was it,” he said.

“I have no doubt he will handle more distance and going around turns. He has a future.”