The three-year-old is chasing a fourth straight victory at the city track but now steps up to 1,200m as the handicapper gives stablemate 13 points for Sunday’s win 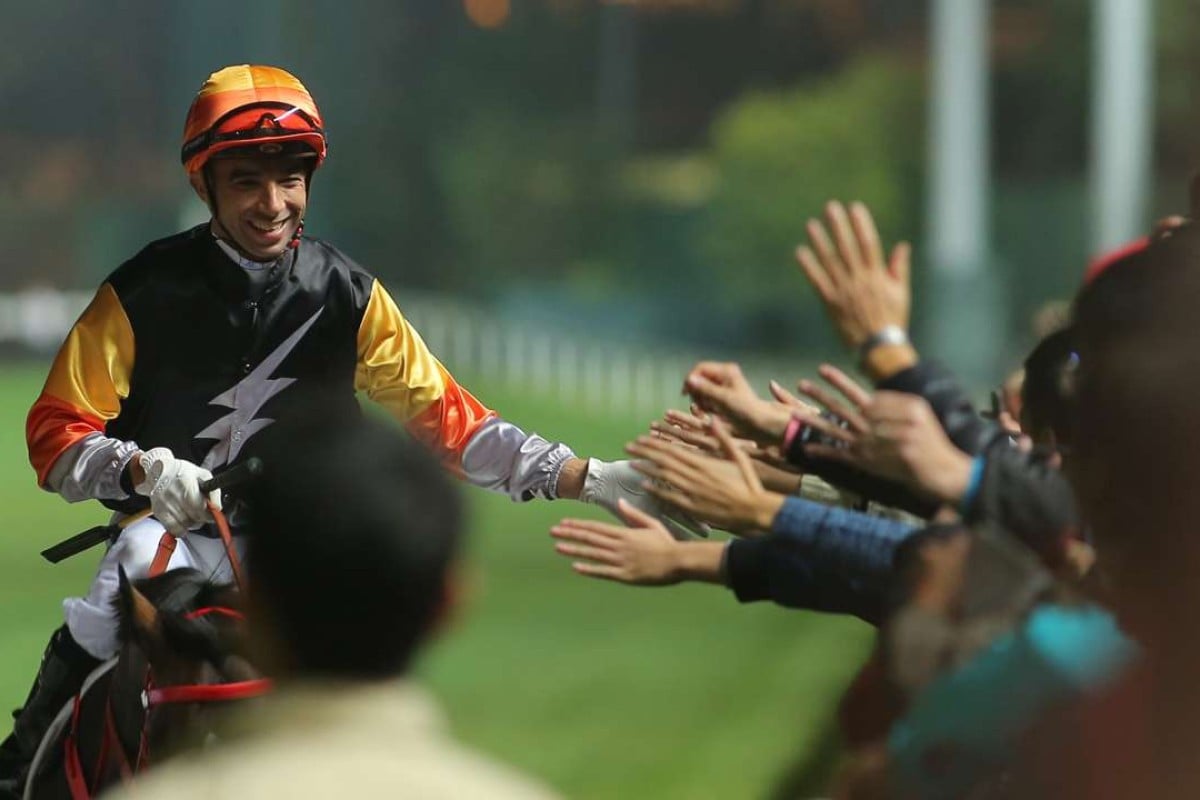 John Size expressed his reservations about three-year-olds in Class Two after Nothingilikemore’s exciting win on Sunday and now handy sprinter Premiere does exactly that when he steps up in grade and distance on Wednesday night at Happy Valley.

Premiere has won three straight over 1,000m since switching to the Valley in December and will be out to keep his unbeaten record at the track alive in the Waterfall Bay Handicap.

That means the son of Husson will be deep in Class Two off a mark of 89 when he next steps out, having jumped 10 and 14 points after his first two wins. 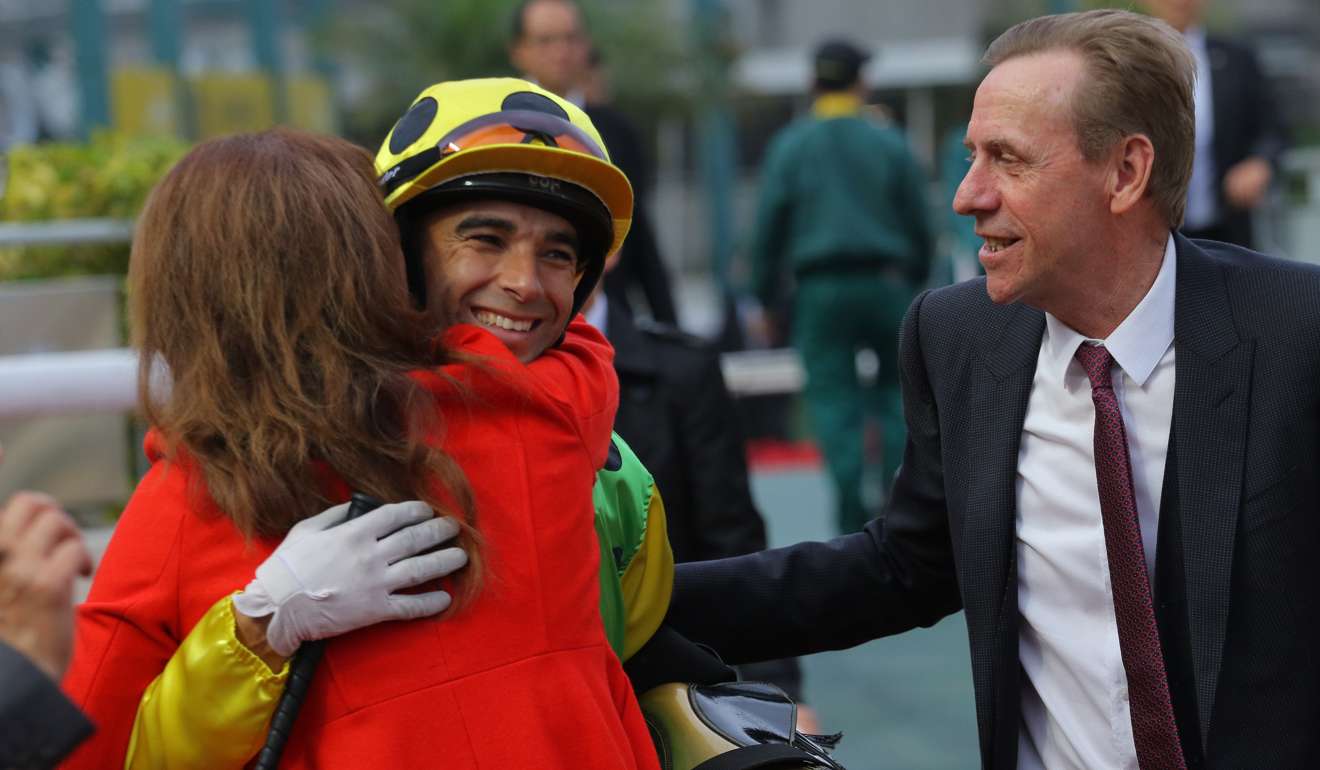 “I’m usually a bit shy with three-year-olds going to Class Two. I’m not so much worried about the rating number they are on, it’s more to do with putting up such big performances at such a young age,” Size said on Sunday.

“It might look easy, but they’re not racing their own age, they are racing older horses and as you climb the ladder you run into some tough, experienced horses so you need to be careful.”

Premiere’s progression to Class Two has been only slightly more incremental than his stablemate’s, jumping a total of 29 points, to 81, but the key in Wednesday night’s race is that the young prospect will be getting weight from most of his rivals.

The son of Dylan Thomas carries 119 pounds under the mixed ratings band (95-75) conditions of a race that is full of the type of tough, experienced campaigners Size referred to post race on Sunday.

There is also the fact Premiere has had more of a grounding, having already raced three times before his winning sequence began. 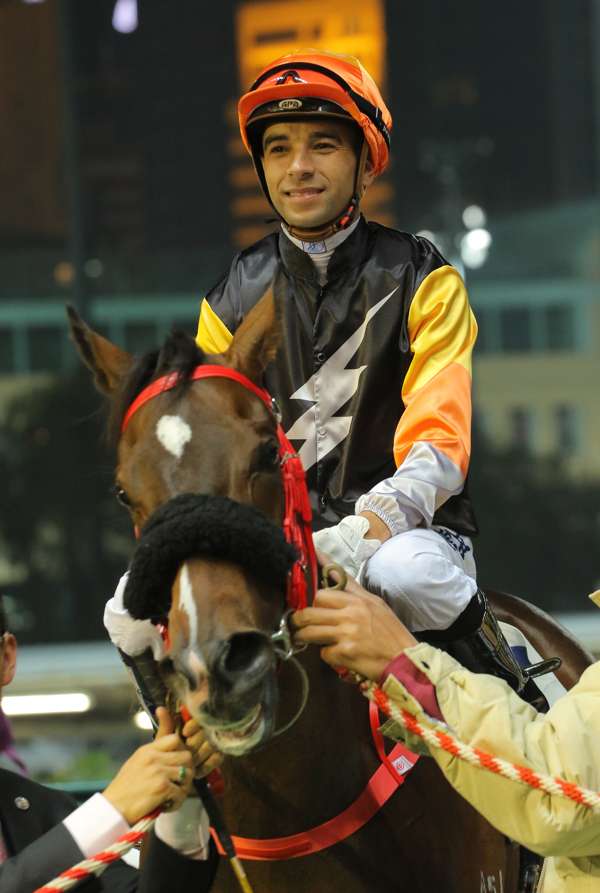 Premiere gets a new jockey, Karis Teetan, after Joao Moreira elected to stick with another three-year-old, Sea Jade, and he looks one of the chances.

Sea Jade was a dead-heat winner last month, but still jumped nine points in the ratings and will need to lump the top weight of 133 pounds.

Too close to call: photo finish decision backed by chief stipe who calls for greater clarity

Premiere should handle the step up to 1,200m, or at least there is no reason to suggest he won’t, as the horse seems tractable and has drawn barrier four.

From there, Teetan should be able to be handy on the B course, without burning too much fuel early to get there.

Drawing the extreme outside was a blow to the chances of the Richard Gibson-trained comeback sprinter Jetwings (Zac Purton), a sprinter that two seasons ago was the boom three-year-old stepping into Class Two.

Back then, the son of Jet Spur didn’t handle that step up, but returned at four with some encouraging displays before a tendon injury sidelined the gelding for more than a year. 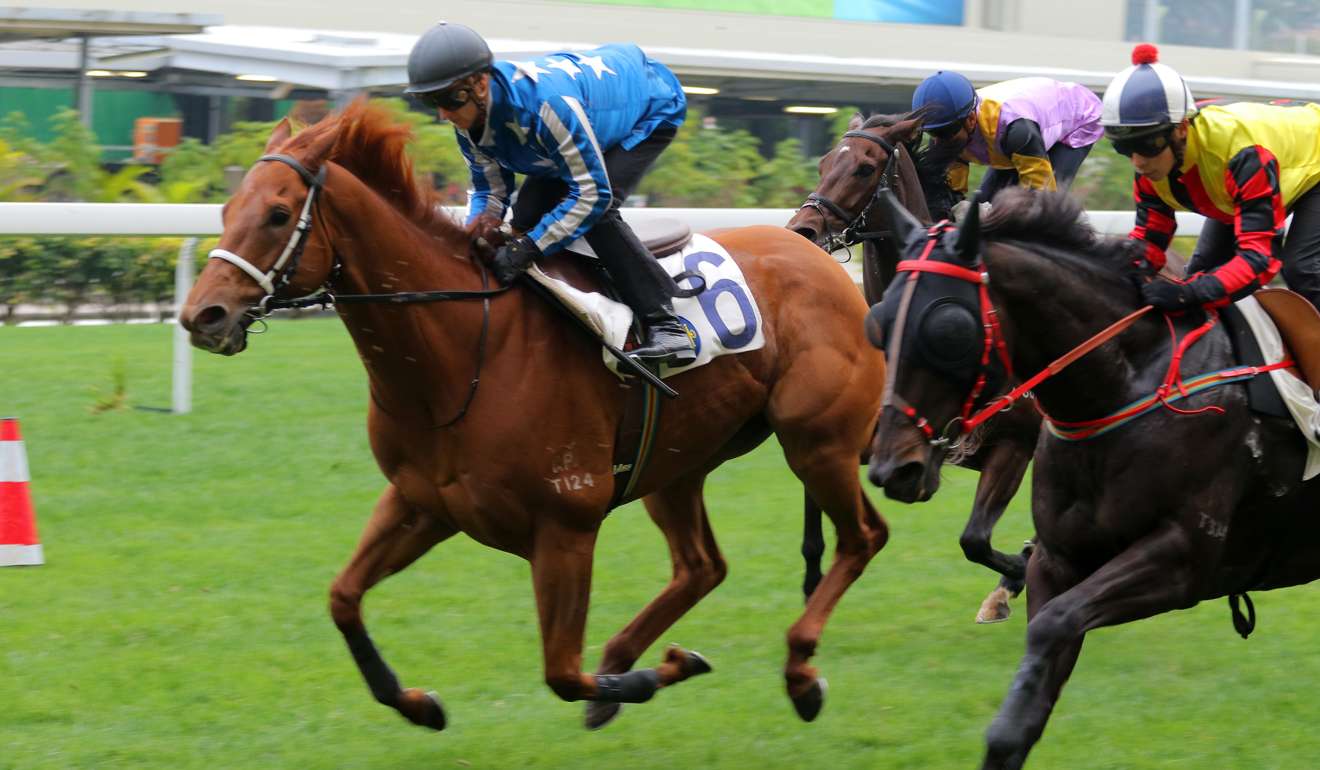 Jetwings’ first-up run, a fourth to another of Size’s talented youngsters, D B Pin, was a solid display considering he had been away from races for 14 months.

There is a high chance of a second run bounce given the circumstances, but if provided with a solid tempo to run on to, he could be in the finish.

David Hall has a couple of black bookers in his stable

Size sends a strong team to the city track, a course where he has an underrated record.

The eight-time championship winner is better known for his exploits at Sha Tin, but he has won 19 races at Happy Valley this term from just 100 runners.