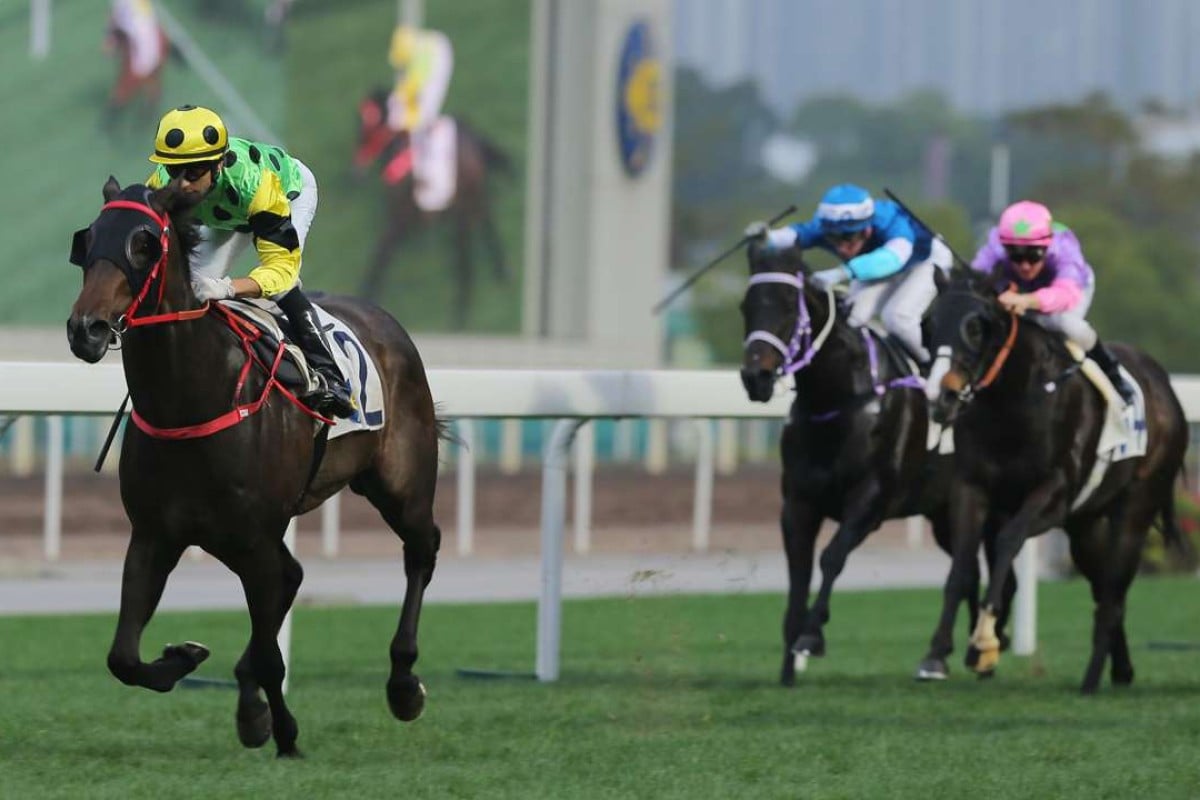 Nothingilikemore puts a space on his rivals as he lands his third straight victory. Photos: Kenneth Chan

Impressive three-year-old Nothingilikemore is going to find himself in the middle of Class Two after only three starts, which bothers John Size more than it bothers him but even his trainer is handling it well.

After rating rises of 10 and 14 points for his first two victories, Nothingilikemore (Joao Moreira) went to the top of the weights in Class Three on Sunday and once again clobbered his rivals to confirm himself as the most exciting young horse in Hong Kong.

How he copes with that stardom and what it requires of him will determine how busy the rest of his season will be.

“It’s a quicker trip to that level than I’d like but I guess we have to live with it,” said Size. “I’m usually a bit shy with three-year-olds going to Class Two. I’m not so much worried about the rating number they are on, it’s more to do with putting up such big performances at such a young age.

“It might look easy, but they’re not racing their own age, they are racing older horses and as you climb the ladder you run into some tough, experienced horses so you need to be careful. If there is any doubt about how he’s handling things, I won’t push him but I’ll let him tell me.

“There is plenty of racing ahead of him when he’s four, five, six so there’s no hurry now if he isn’t coping.”

The trainer of runner-up Happy Agility, Ricky Yiu Poon-fai, would have been only too happy if Nothingilikemore hadn’t turned up as his five-year-old produced the run of his career for second, beating the rest nearly three lengths.

Nothingilikemore's part owner in the red jacket loves a hug ... John Size had already been latched on to, now Joao Moreira's turn pic.twitter.com/MyNGsLIDbU

Nothingilikemore gave Size a winning double after a deceptive and potentially controversial dead-heat between his runner What Else But You (Karis Teetan) and John Moore-trained Go Beauty Go (Zac Purton).

The judge was unable to find a margin between the two four-year-olds at the end of the ninth race, although most onlookers and participants alike thought that Size’s What Else But You had won outright. 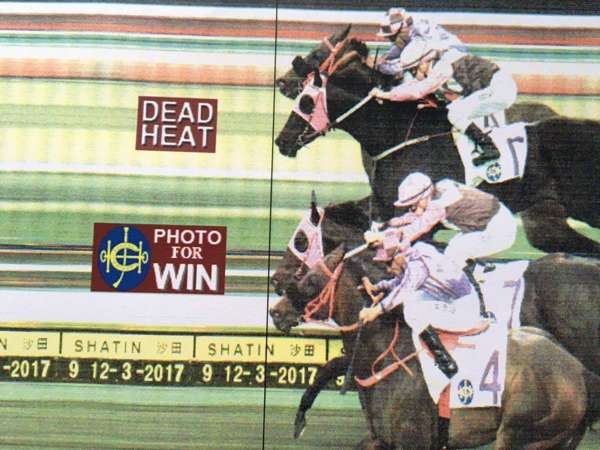 “I thought I was going to win, then I did see the inside horse’s head came down at the right moment and my horse’s head was up, so I wasn’t sure,” said Size, but Teetan said he was surprised at the dead-heat decision, as was Purton.

“To be honest, I thought it wasn’t even that close,” Purton said afterwards.