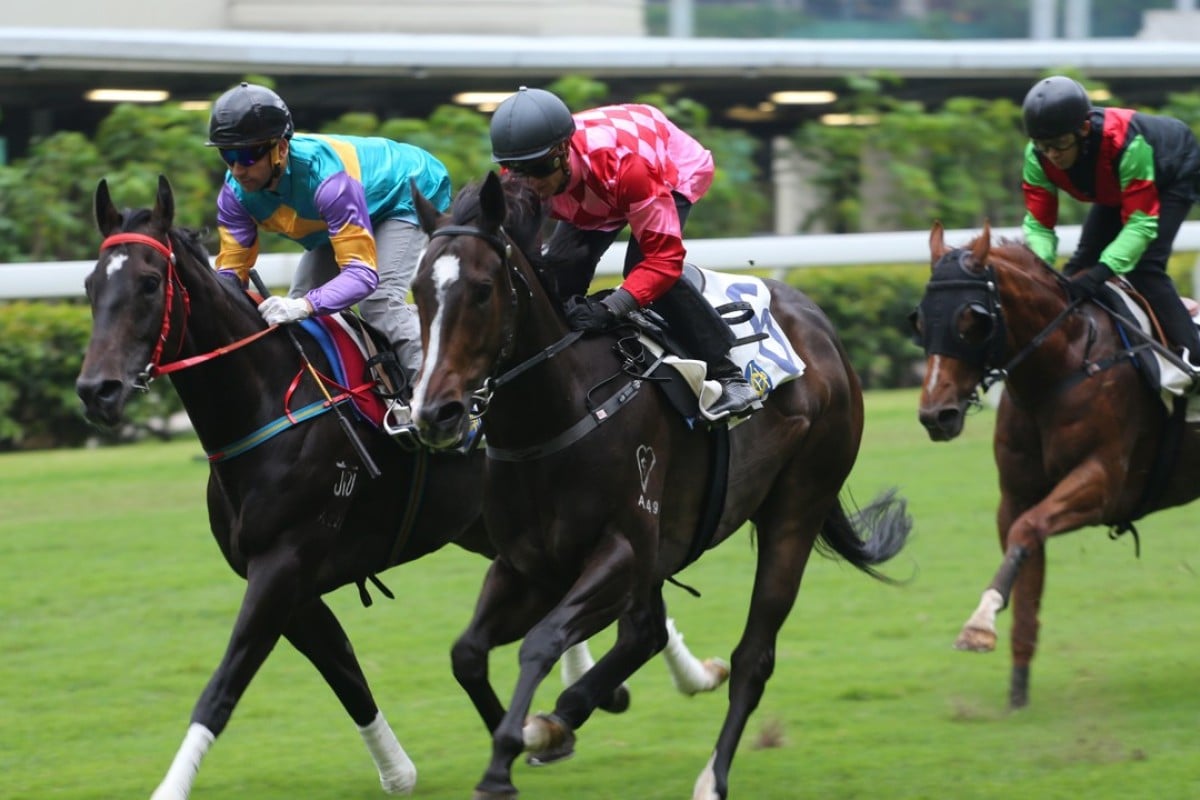 Planet Star (middle) finishes ahead of subsequent winner Zero Hedge in a 1,000m trial at Happy Valley on May 19. Photos: Kenneth Chan.

A switch to Happy Valley and a drop back in trip looks ideal for Planet Star when Paul O’Sullivan’s three-year-old aims to give Denman another Hong Kong winner at Happy Valley on Wednesday night.

Planet Star was disappointing as 3.6 favourite at Sha Tin last start when given every chance by Zac Purton, but he failed to run a strong 1,400m and finished a well beaten fourth on March 5.

The gelding was set to tackle 1,400m again before a setback, listed as a right fore foot injury, saw O’Sullivan’s prospect sidelined for nearly three weeks.

Now Planet Star comes back to 1,200m in the Class Four Mount Nicholson Handicap for his fourth career start, but first at the Valley.

Planet Star had already trialled nicely at the city circuit before his debut, but another strong 1,000m barrier trial at the track on May 19 has given an added boost to the sprinter’s claims.

Purton positioned Planet Star a length or two off the speed in the trial, and although still green, the youngster showed improved racing manners and ran down subsequent winner Zero Hedge when asked for an effort late. 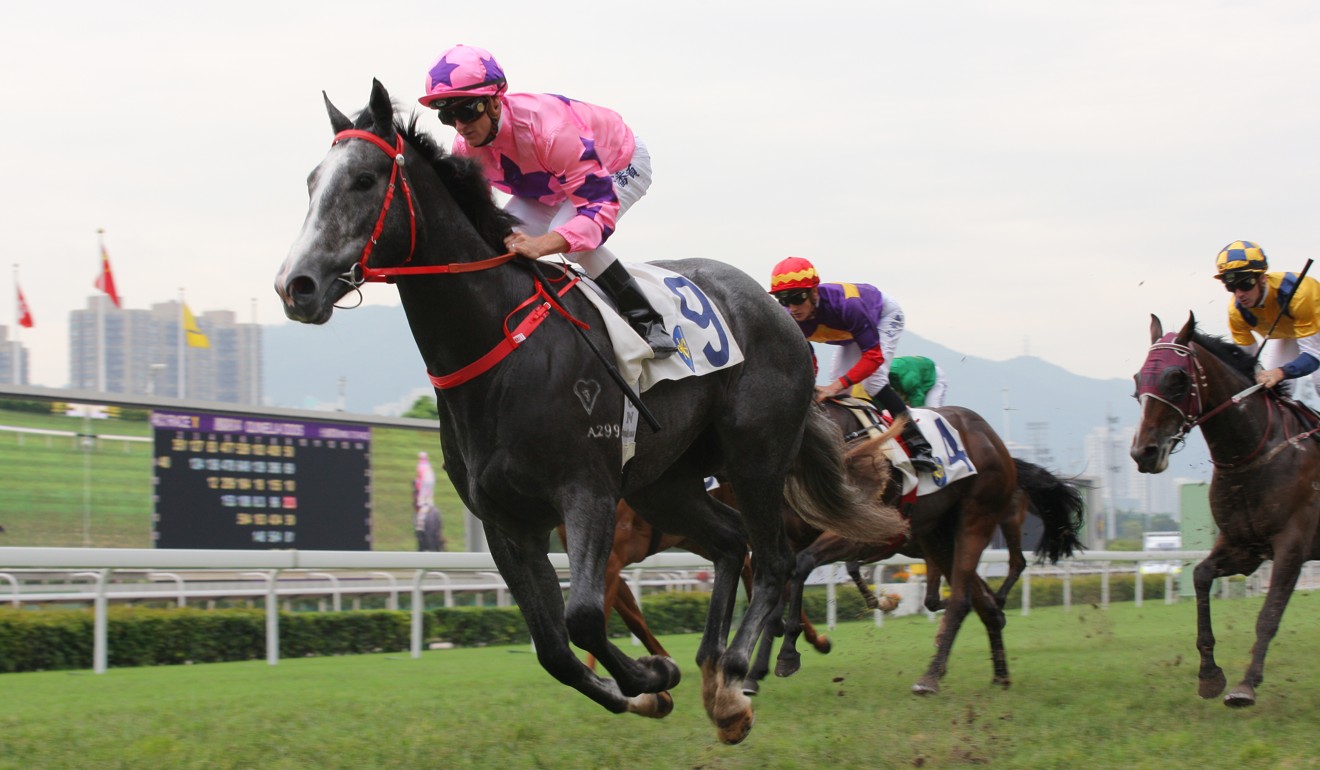 If Planet Star is successful on Wednesday it will provide Denman with a fourth individual winner, with all three of the sire’s progeny that have gone to the races having won already.

Turf Sprint was the first to break through and smart youngsters Regency Bo Bo and Hot King Prawn have since added to the record with wins this term.

Barrier five is ideal for a horse that is probably better following something to tag into the race, rather than being exposed too early, as he was last start up the long Sha Tin straight.

The biggest danger, however, is probably the David Ferraris-trained London City (Karis Teetan), a rejuvenated five-year-old also heading to Valley for the first time after winning two of his last three. 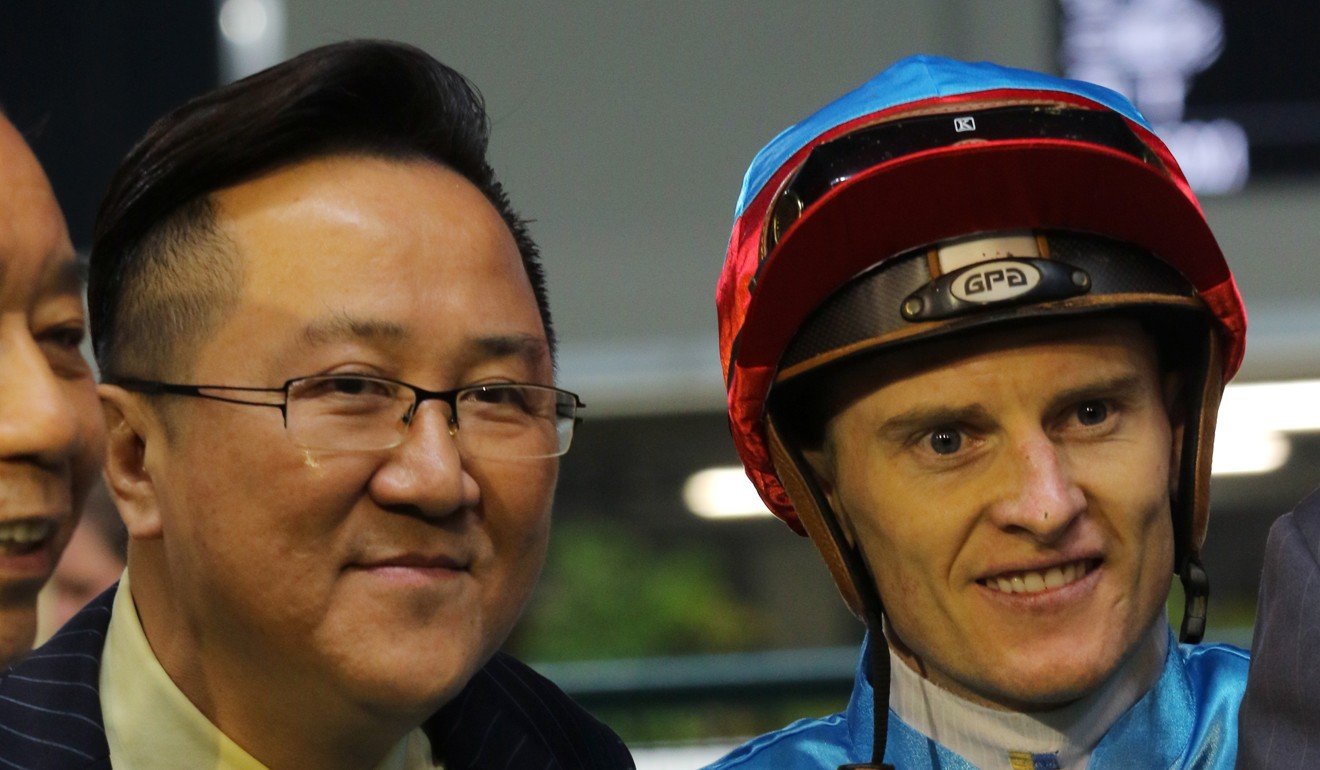 Purton could be in for a big night, with two rides for Almond Lee, Unique Joyful and Excellence, looking well placed.

Unique Joyful ran some fair races in Class Four earlier this season and should be able to break back out of Class Five by the end of the term.

The six-year-old comes back to the smaller track for the Mount Cameron Handicap (1,650m), after a second to Hit A Home Run over the Sha Tin mile a month ago.

There is little doubt Hit A Home Run has some ratings points in hand when he dips into cellar grade, and Unique Joyful ran a game race to finish just half a length away.

It was the margin from second to third that could be most revealing though, Unique Joyful thrashing the rest by a three-and-a-half lengths. 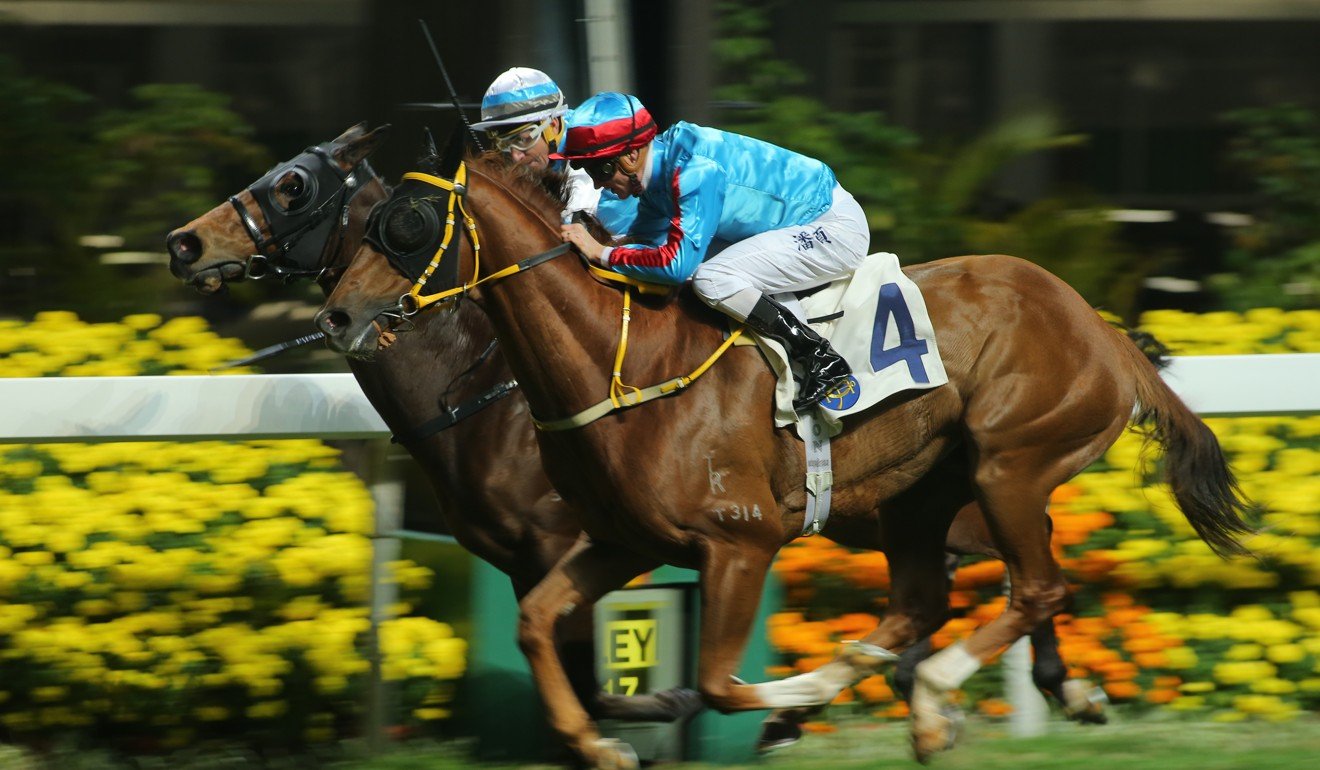 Excellence won for Purton three starts back and now contests the Class Four Shouson Hill Handicap (1,650m), a below average looking race where his best should see him finish prominently.

Two starts back, it all went wrong for Excellence when shunted wide in the run home and last time out the six-year-old would have finished closer had he not been crowded for room over the closing stages.

As it was, Excellence finished third, beaten a length by King’s Man, and now finds a race on the A course where the presence of some key on-pace runners should create the type of tempo that suits the back-marker.