Fitness, draw mean Peter Ho’s grey might be a better than a Fifty Fifty proposition at season opener

The five-year-old was a gusty second at the final race of last season and although he faces some smart rivals on Sunday, a good draw can see him go one better 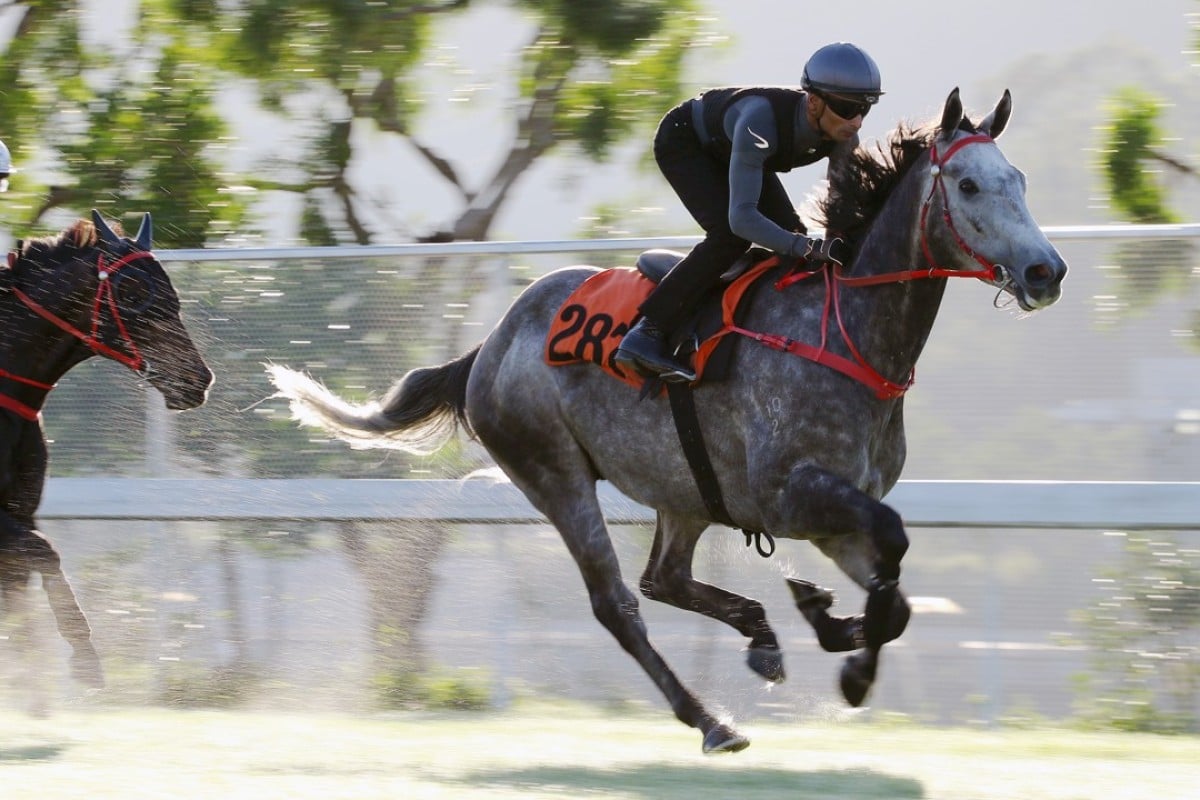 Residual fitness from racing late last season and a better draw give promising import Fifty Fifty an edge when the grey resumes in the Class Three Drake Handicap (1,200m) at Sha Tin on Sunday.

Fifty Fifty won his one and only start in New Zealand and ran an enormous race first-up over 1,200m on the final day of last season.

After drawing barrier 12, Karis Teetan hunted Fifty Fifty forward in search of a forward position but ended up stuck three-wide without cover as the field cut through a solid section on the turn.

The gelding dug deep to challenge for the win and it was only a smart young sprinter Ivictory, a horse who had been afforded a soft run inside of Fifty Fifty, that was able to edge Peter Ho Leung’s horse out by a narrow margin.

Seven weeks later, Fifty Fifty returns having stayed in regular work throughout most of the off-season, Teetan topping off the horse’s preparation with a strong turf gallop down the back straight chute at Sha Tin on Tuesday. 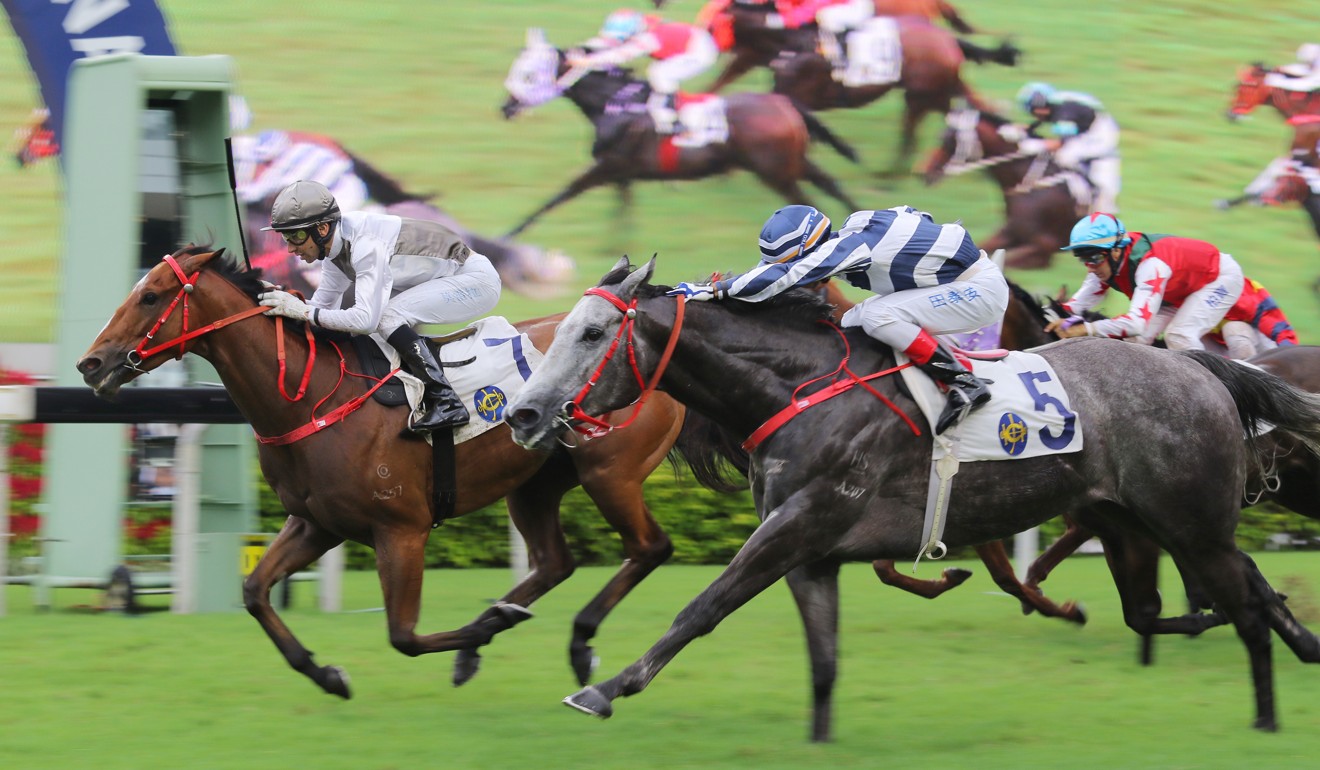 “He has improved from that first run – but I think there’s some more upside there for sure, and he will improve with each run,” Teetan said. “He is a nice horse and I like the fact he ran at the last race meeting. There’s not such a big gap in between runs.”

Other than appearing to be closer to peak fitness than some of his rivals, Fifty Fifty has also drawn barrier two.

This time Teetan won’t be posted deep and the horse’s natural early speed should afford him a handy spot with cover on the B course.

Fifty Fifty has found a race containing a couple of horses that should end up higher in the ratings as the season moves on, the standout being Danny Shum Chap-shing’s talented sprinter Travel Emperor (Joao Moreira).

Travel Emperor was a HK$7.2 million purchase out of the 2017 Hong Kong International Sale and notched a facile victory on debut as short-priced favourite on June 25.

“He could be a really top horse, and I don’t mean just getting to Class One, I’m talking about him winning Group races, big sprints,” Moreira said after the win.

“I knew he was going to win, if there was a horse this season that I thought was going to win for sure first-up, it was him and he didn’t let me down. He was only racing at 70 per cent of his ability. He is a serious horse.” 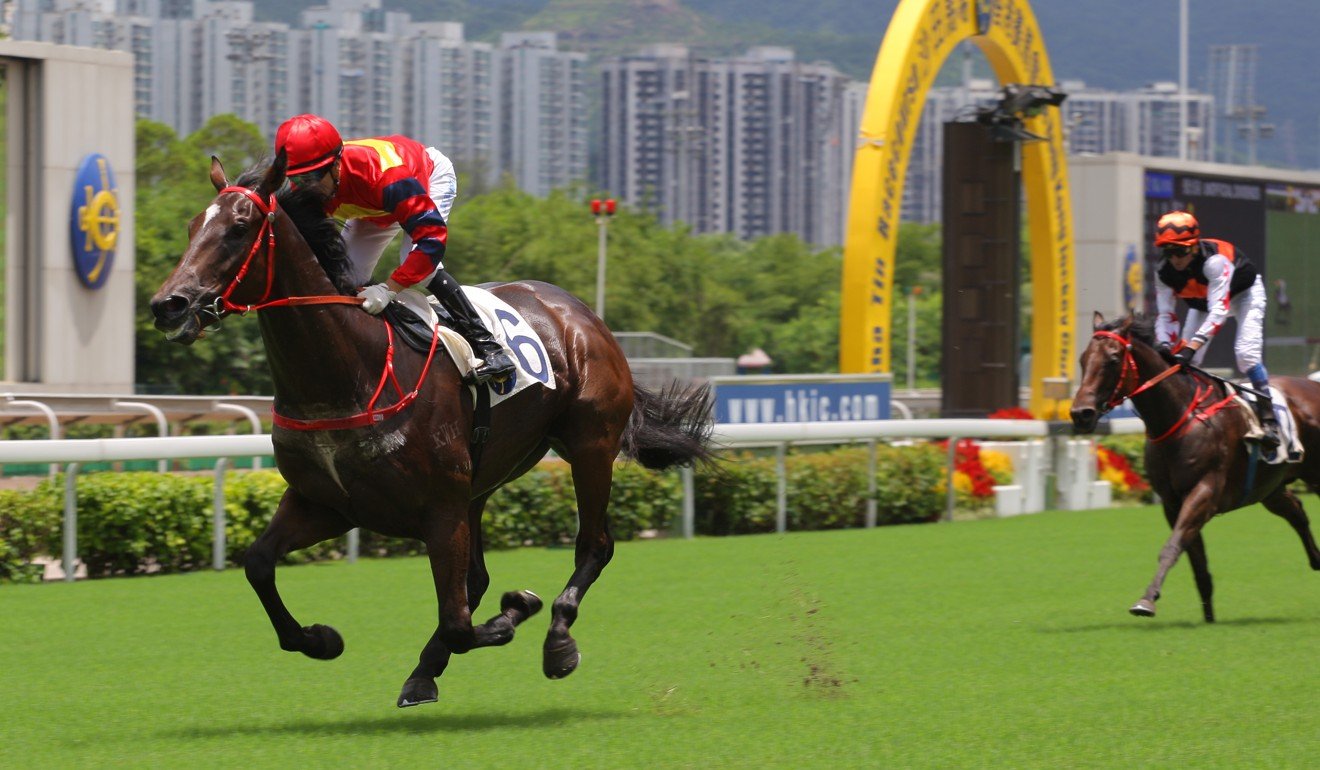 Travel Emperor still has a lot of learning to do, as shown by his green showing when second in a trial at the preseason carnival and tackles a bend for the first time from a trick draw (eight).

‘He could be a really top horse’ – HK$7.2m buy Travel Emperor impresses Joao Moreira on debut

Another horse that trialled well at the carnival entered in the race is Green Card (Tommy Berry), a five-year-old that failed to deliver on his promise last season.

A narrow second at the final Happy Valley meeting of last season and Saturday’s strong trial indicate Green Card may have taken a step forward and seems set for a bold showing on Sunday. 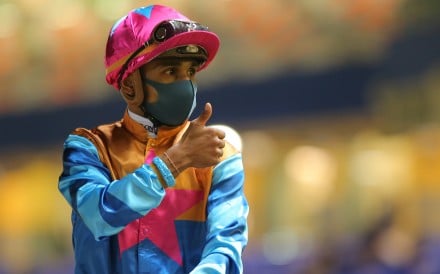 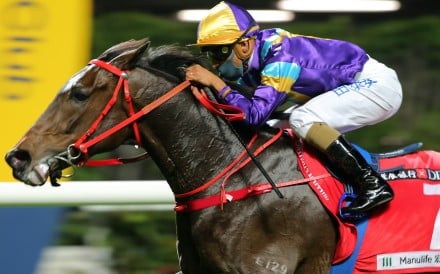 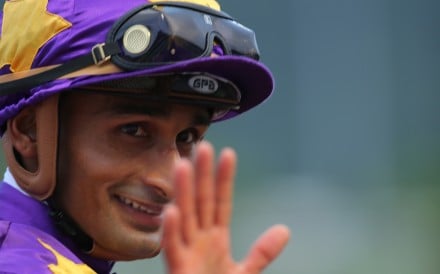