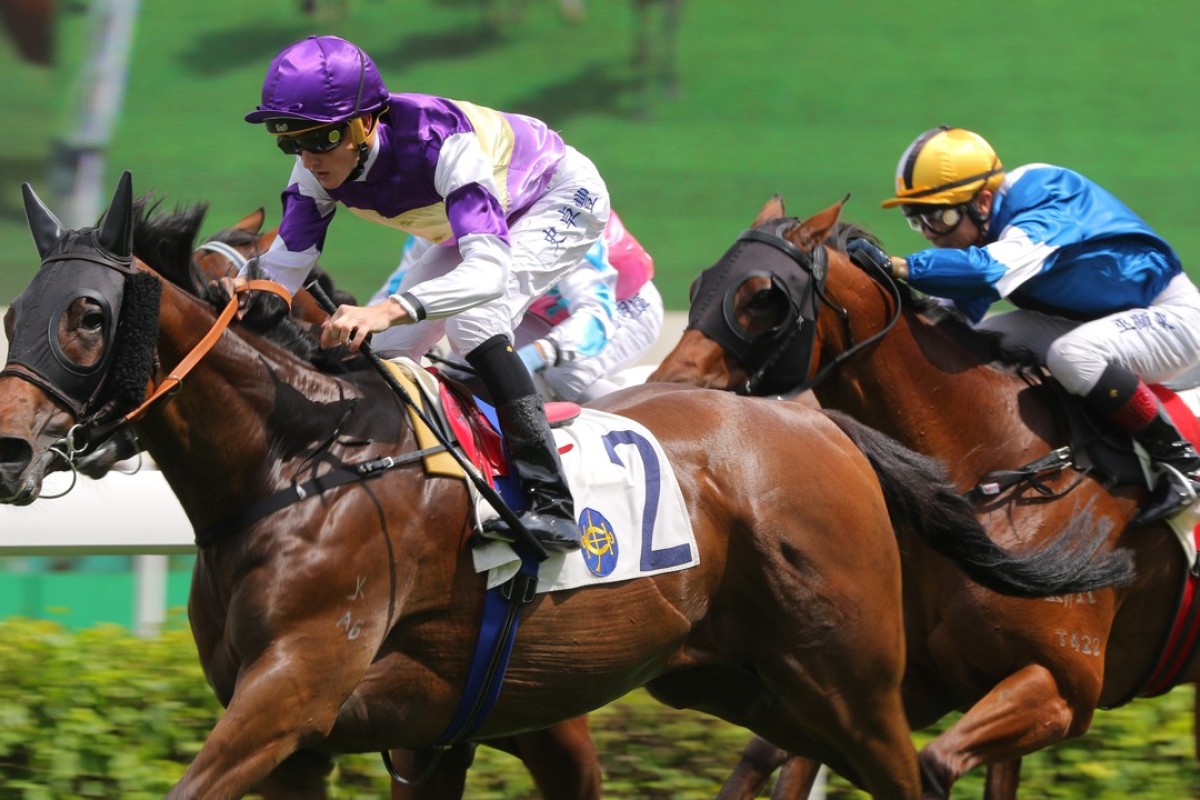 Chad Schofield guides All You Need to victory in July. Photos: Kenneth Chan

The Richard Gibson-trained All You Need’s brief career hit an unexpected hurdle at his latest run in July but the talented four-year-old can get things back on track in the Pok Oi Cup (1,200m) at Sha Tin on Sunday.

The gelding failed on the final day of last season in a similar race when well in the betting but All You Need (Chad Schofield) didn’t run in accordance with his form and there may have been a very good reason for that.

As Schofield took the young horse out to the track from the parade yard, All You Need stumbled then slipped and fell heavily into bushes under a railing.

At the very least, All You Need was quite flustered by the incident and while he recovered sufficiently to be passed fit to run, the stewards’ reporting of a cut to his left hind fetlock was more likely sustained there than in the race itself. 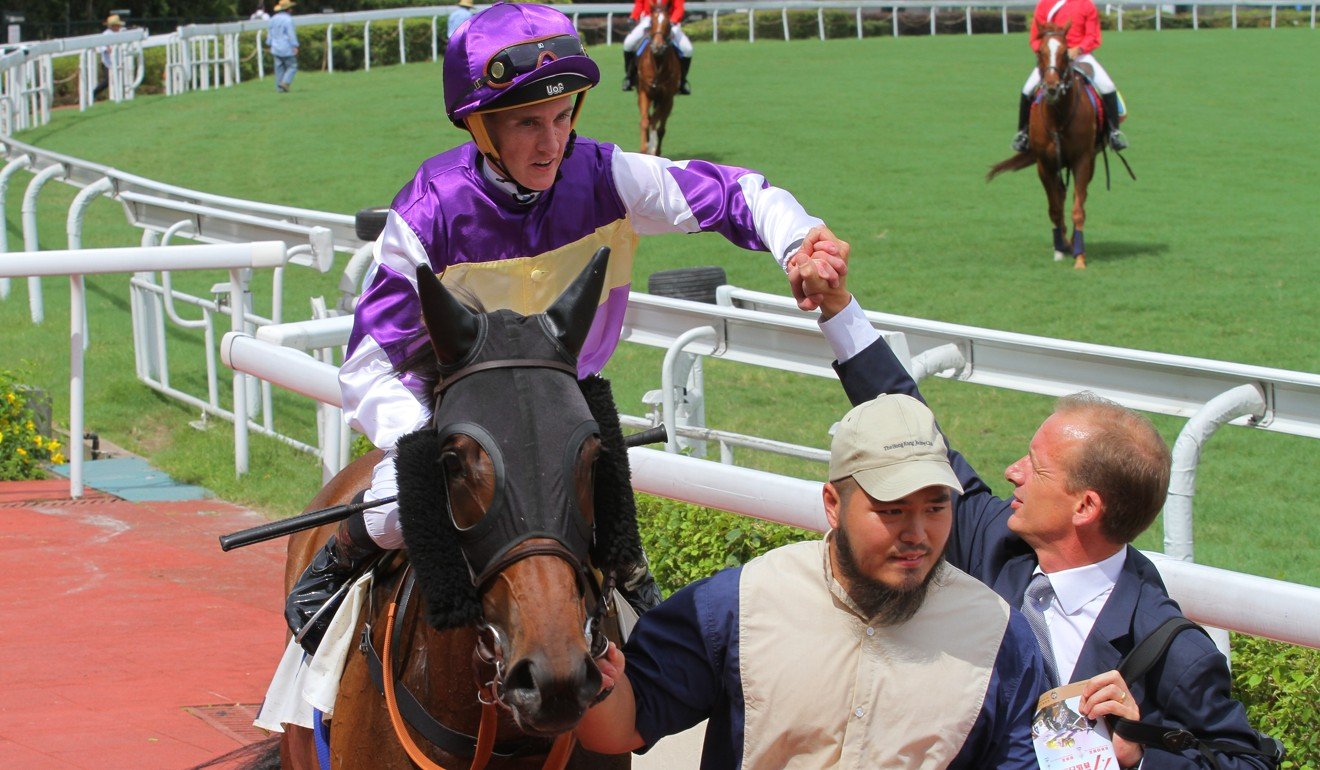 When the race began, All You Need was slowly away, raced near the rear most of the way then made up a little ground in the straight but he wasn’t the horse which had won cosily in Class Four over the Sha Tin 1,200m at his previous run.

Since returning to training, we have seen All You Need trial very attractively at Happy Valley on September 9 without ever being put under full pressure and the “veteran” of four race starts looks to have made the improvement expected of young, unexplored horses during their summer break.

He should take up a position off the pace but not too far out of it in a race without a lot of speed and, with 118 pounds, he can get over the top of his rivals in the final stages.

For a danger, the John Size-trained first-starter Time To Celebrate (Karis Teetan) is an interesting runner.

He ran five times in New Zealand, winning his last two over 1,400m and 1,500m and leading all the way both times.

The second win was quite impressive, beating a horse (Heroic Valour) who next start finished in front of subsequent Australian Derby champ Jon Snow in a good quality race, so Time To Celebrate looks to have some depth to his form.

The 1,200m is not his best distance but he does have speed, as long as he begins like he did in New Zealand and not hesitating at the start the way he has done here in his trials.

Master Albert (Joao Moreira) does have some obstacles to overcome from his wide gate but is a talented galloper if he gets the right run.