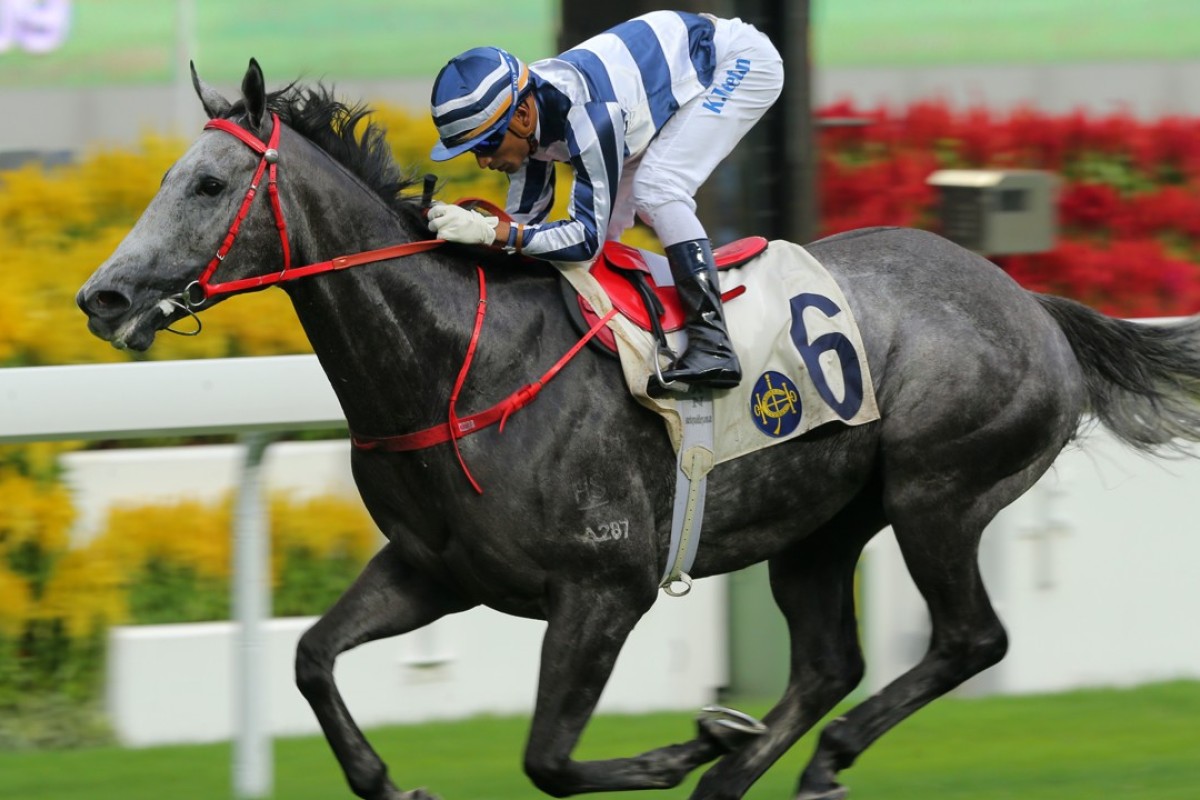 Fifty Fifty wins with something in hand on September 2. Photos: Kenneth Chan.

Karis Teetan believes impressive opening day winner Fifty Fifty will relish a step up in trip when the five-year-old returns in the Class Two Yeung Uk Handicap (1,400m) on Sunday at Sha Tin.

Fifty Fifty treated rivals with contempt over 1,200m in Class Three on September 3, which was a great sign for the future according to Teetan.

“He isn’t a 1,200m horse, that’s for sure,” Teetan said. “He showed some nice ability. He is going up in class, sure, but he is also going up in distance and that will help him.” 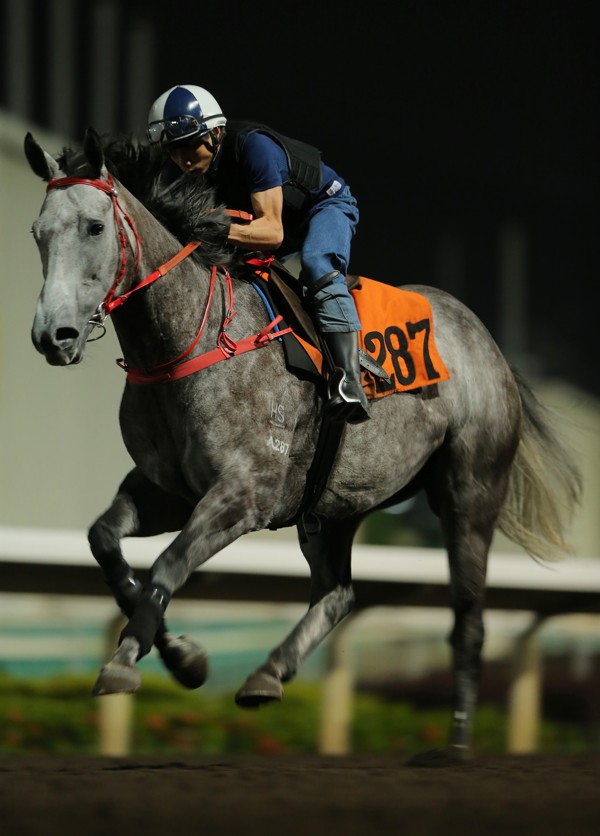 Fifty Fifty gets in with 114 pounds and even though the Jockey Club’s official speed maps have the gelding leading from gate seven, Teetan was open-minded about where he could end up in the field.

“We have a nice draw, we can just put him to sleep if we want,” Teetan said. “He is a very genuine horse, he will just chill when you want him to and he does everything you want a nice horse to do.”

Boosting Teetan’s confidence is what Fifty Fifty’s beaten rivals have gone on to do since his last start performance.

Fifty Fifty left a strong field in his wake and since then runner-up Diamond King, third-placed Marvel Tribe and fifth place-getter Green Card have all won well.

The son of Thorn Park will have had five weeks between runs but was kept up to the mark in a quiet 1,000m turf trial. 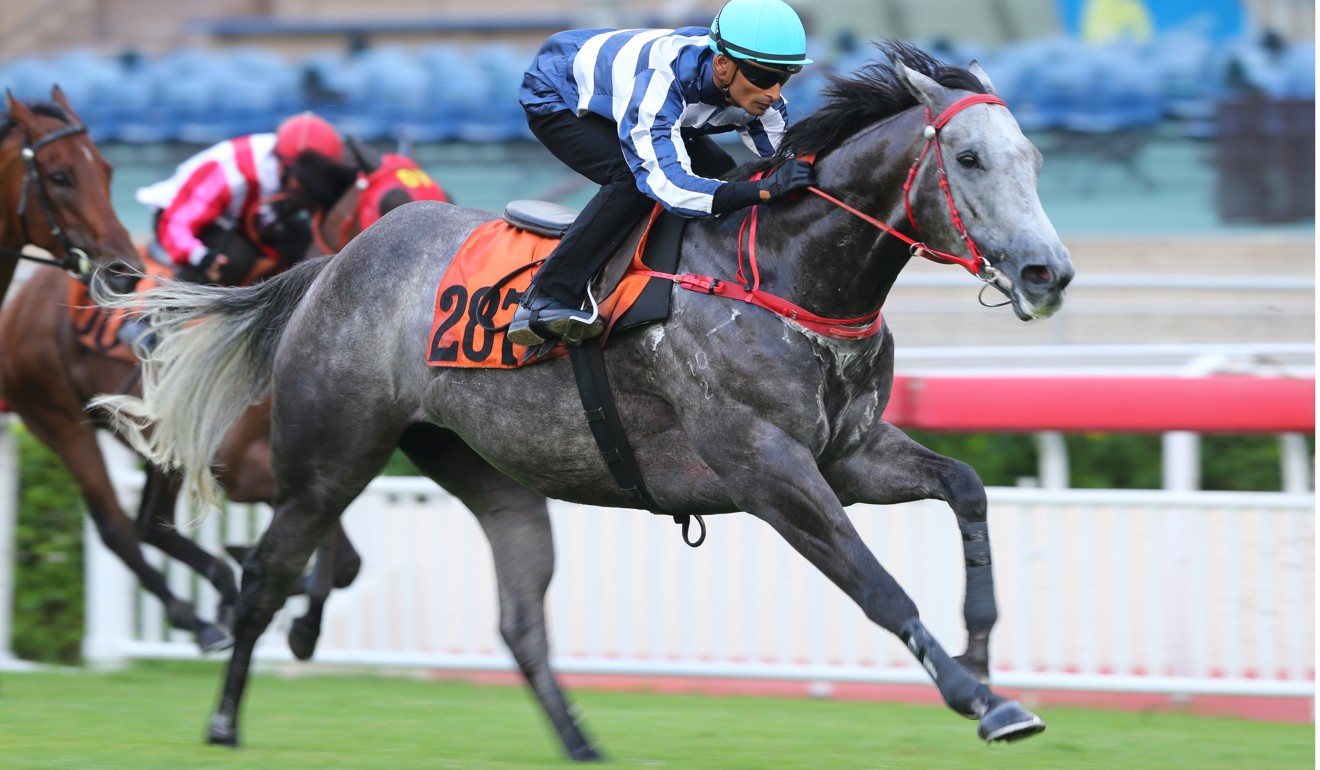 “I gave him an easy time. The race wasn’t far away so it was just to keep him ticking over,” Teetan said.

One rival coming to hand slower than connections would have hoped is California Whip (Neil Callan), the Tony Cruz-trained four-year-old finishing just outside the placings at his first two runs this term.

Those two runs were also the chestnut’s first after being gelded in May.

“I thought he’d come on for his first run because he had a quite a long break after he was gelded,” Callan said.

“Last time I thought the ground was a little bit against him, he didn’t quicken like he normally can. He’s more than capable but most of Tony’s have just been taking a little time to hit their straps. With that in mind, you’d think those two runs under his belt might have put him spot on. Hopefully the ground’s quick for him.” 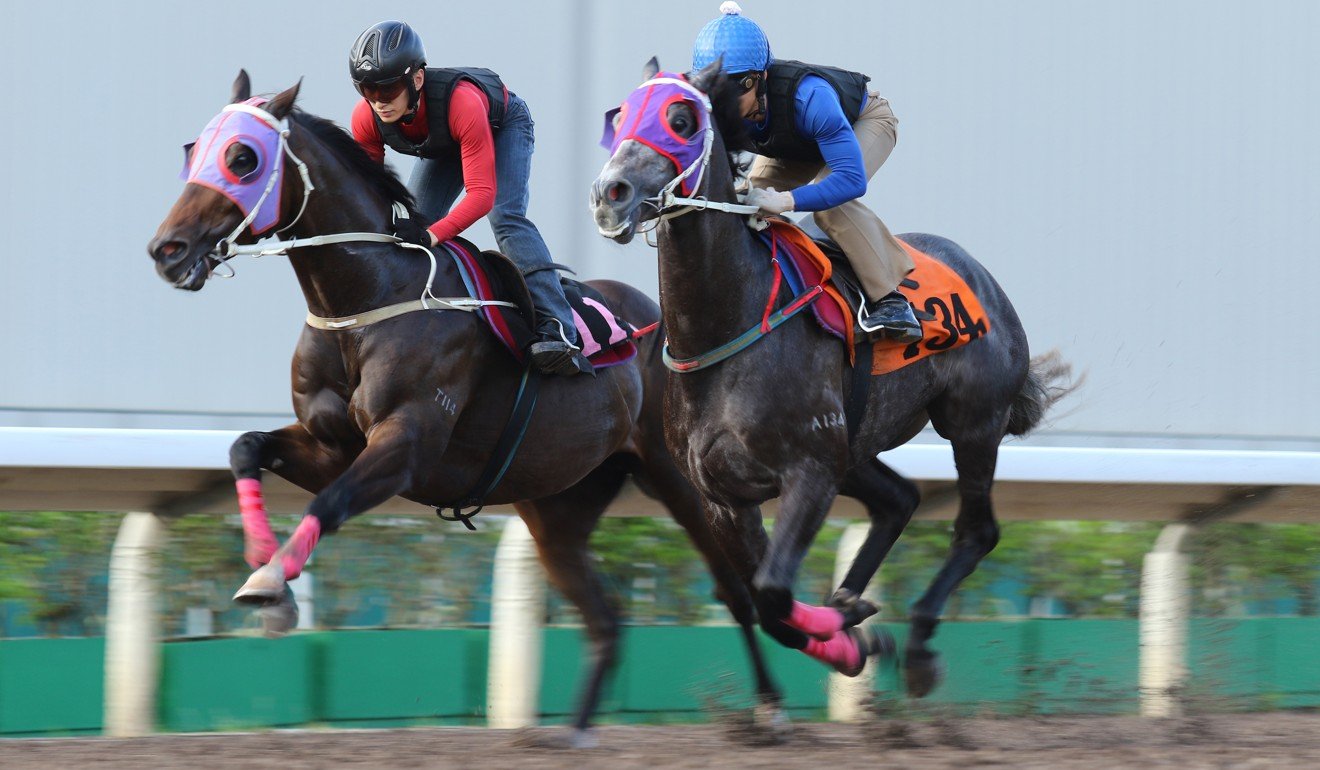 Racing Supernova drops back into the grade after his rating hit a peak of 103 and, while trainer Chris So Wai-yin had hoped to ease the weight burden by booking Poon, he is still hopeful his six-year-old has some spark remaining.

“His recent barrier trial was OK and his rating is back to 100 so he should run well,” So said. “I wanted to book Matthew Poon to take off seven pounds but Matthew needs to ride for his boss, David Hall. Carrying the top weight is the worry, but that’s the game and Nash is a good, strong rider.”