Karis Teetan triumphs on talented types Alcari and Fifty Fifty, taking a suspension in his stride 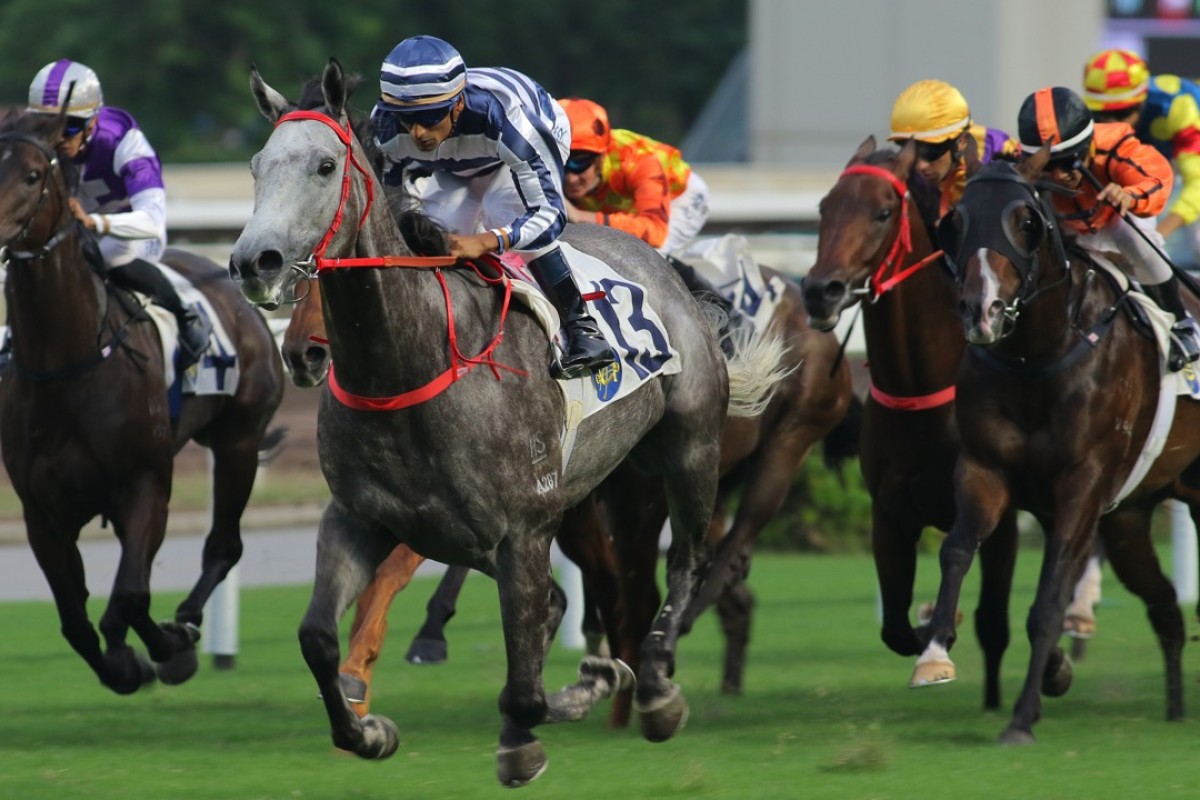 Karis Teetan gets out of trouble to guide talented grey Fifty Fifty to victory at Sha Tin on Sunday. Photos: Kenneth Chan

Jockey Karis Teetan bookended Sha Tin with probably the best two horses to run at the meeting and even a careless riding ban couldn’t wipe the smile off his face.

Teetan opened with debutant Alcari for Ricky Yiu Poon-fai and closed the day with Peter Ho Leung’s exciting Fifty Fifty, but not before a few hairy moments turning the grey sideways to get out of a pocket and taking a few with him as he did.

Stewards took a dim view of Teetan’s manoeuvre and handed him a two-day ban and a HK$40,000 fine but the Mauritian was relieved to be able to take the suspension when he chose.

“I didn’t want to be suspended on October 22 because John Moore has asked me to ride Helene Paragon. Whenever you take a suspension, it will cost you something but that was a ride I really wouldn’t want to miss,” Teetan said. 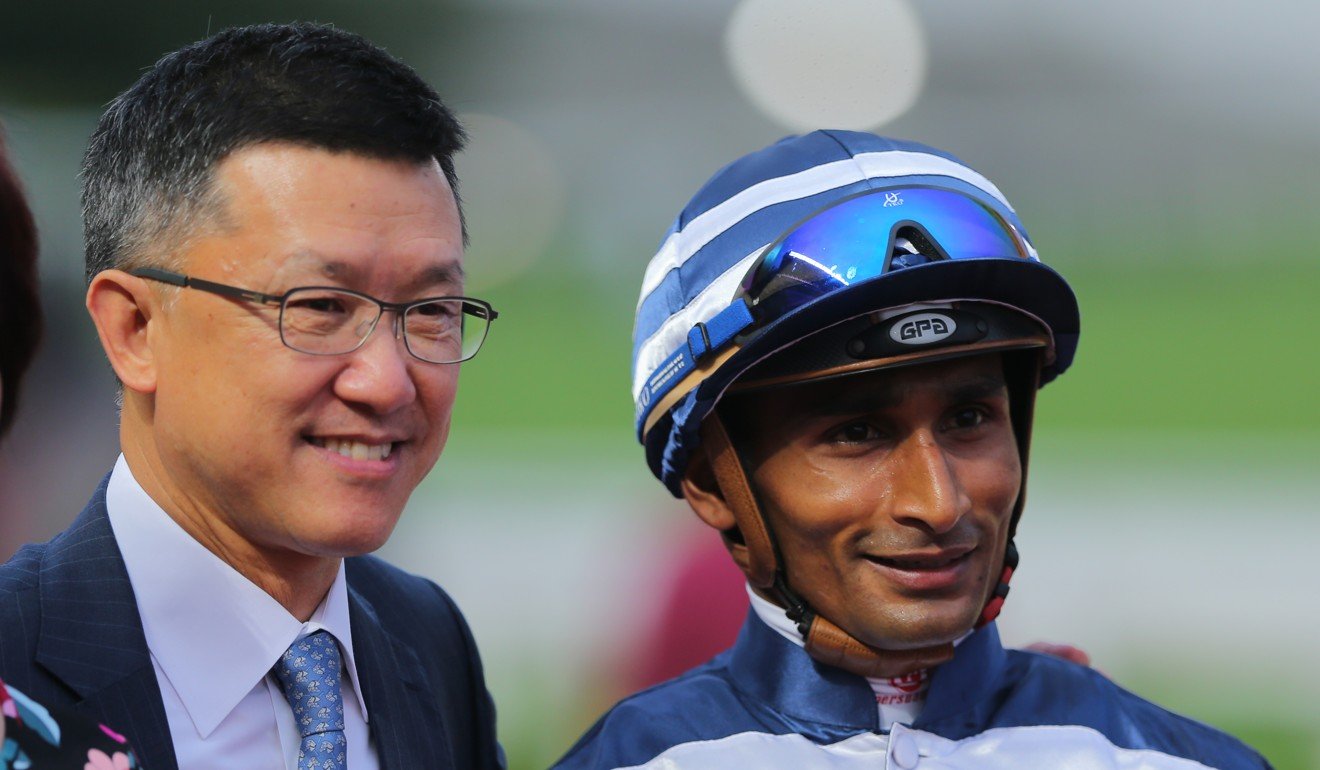 Instead, he will be on the sidelines for October 25 and 29 for his left turn without indicating, a move he had to make on Fifty Fifty to ensure he kept that ride too.

“Fifty Fifty is a really smart horse. He definitely improved from the last time and the extra distance was no problem. Actually, I think it suited him better at 1,400m than 1,200m,” Teetan said.

“I think the longer he can travel on the bridle, the better turn of foot he has when you ask him. He will handle 1,600m – maybe not yet, but definitely in the future.”

Ho agrees the mile might be Fifty Fifty’s best distance but, in keeping with how he has handled the five-year-old since day one, there won’t be a hurry to get to that distance or to stakes races.

“He is a five-year-old with only three starts but not because of injury – I have just given him time,” Ho said.

“From the start, Karis rode him one day in a trial and said ‘you have a very nice horse but don’t run him when he is not ready because he tries too hard and he will harm himself’.

“So the focus has been to run him only when he is ready. He will get to Group level but we are not in a rush.”

The Yiu-trained Alcari had avoided the attention bestowed on odds-on favourite Amazing Star, after Teetan had eased him out of a barrier trial behind that horse, but the trainer at least went to the races confident he would run close.

“I didn’t want to give him two, three, four trials and I think when you have to do that it means there is some uncertainty in your mind,” Yiu said.

“I had confidence in the horse so I only gave him one trial. I bought him as a yearling and I’ve always liked him and wanted this owner to get a good horse because he has been very loyal to me.

“Alcari’s been on the right path the whole way – he’s a good doer, if you go in his box he’ll fight you, he’s got a bit of character.”

Teetan said his concern was how well Alcari worked in the mornings.

“I knew he was a nice horse but I didn’t know what he would do when I actually let him off the bit,” he said.

“In the trial, I didn’t get to ask him but Ricky is very good at developing these young horses and didn’t want too much pressure on him before race day.”

Yiu made it a double in the following race when Brett Prebble gave Class Five battler Amritsaria a perfect front-running ride but the horses are chalk and cheese.

“Last start, this horse got beaten 31 lengths on the dirt and people said change the jockey but the owner said he believed in Prebble because he knows the horse and he was right,” Yiu said.

“Amritsaria was still the youngest horse in the field today so that was a plus and his pedigree said 2,000m suits but it’s Class Five. What can you say?”