The five-year-old collects his third consecutive win at the city track on Wednesday night, giving him a chance to take out the Hong Kong Airlines Million Challenge 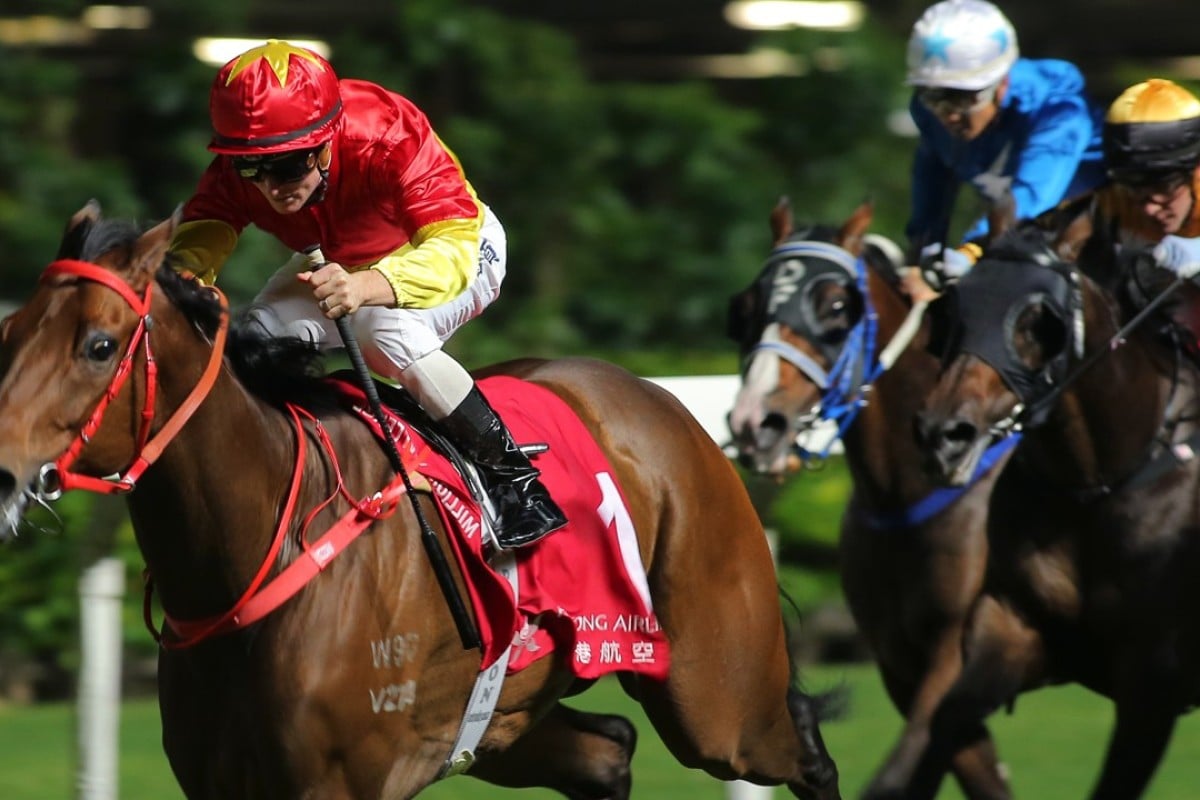 Zac Purton gets the best out of Starlight at Happy Valley on Wednesday night. Photos: Kenneth Chan

Starlight surged to the top of the Hong Kong Airlines Million Challenge standings at Happy Valley on Wednesday night and trainer Dennis Yip Chor-hong has his sights firmly set on completing the job with him.

The Million Challenge, run for horses in Class Three races or higher at Happy Valley from September through to February next year, inevitably falls to a runner who improves drastically during the series and Starlight qualifies.

Given a sweet trip behind the leaders by Zac Purton, he gave the Australian an armchair ride to complete his double, and Starlight won his fifth race from his past nine starts after he had drawn a blank in his first nine.

“He was always too keen to run last season,” said Yip. “But now he is more mature and more relaxed and much stronger as a result.

“After this win, he’ll go up to Class Two and I actually think he will be better there with a lighter weight. The problem is that Zac won’t be able to ride him if the weight is too small. Anyway, I plan to give him a short break now then come back. His aim from the start this season was to win the Million Challenge and I think he can.” 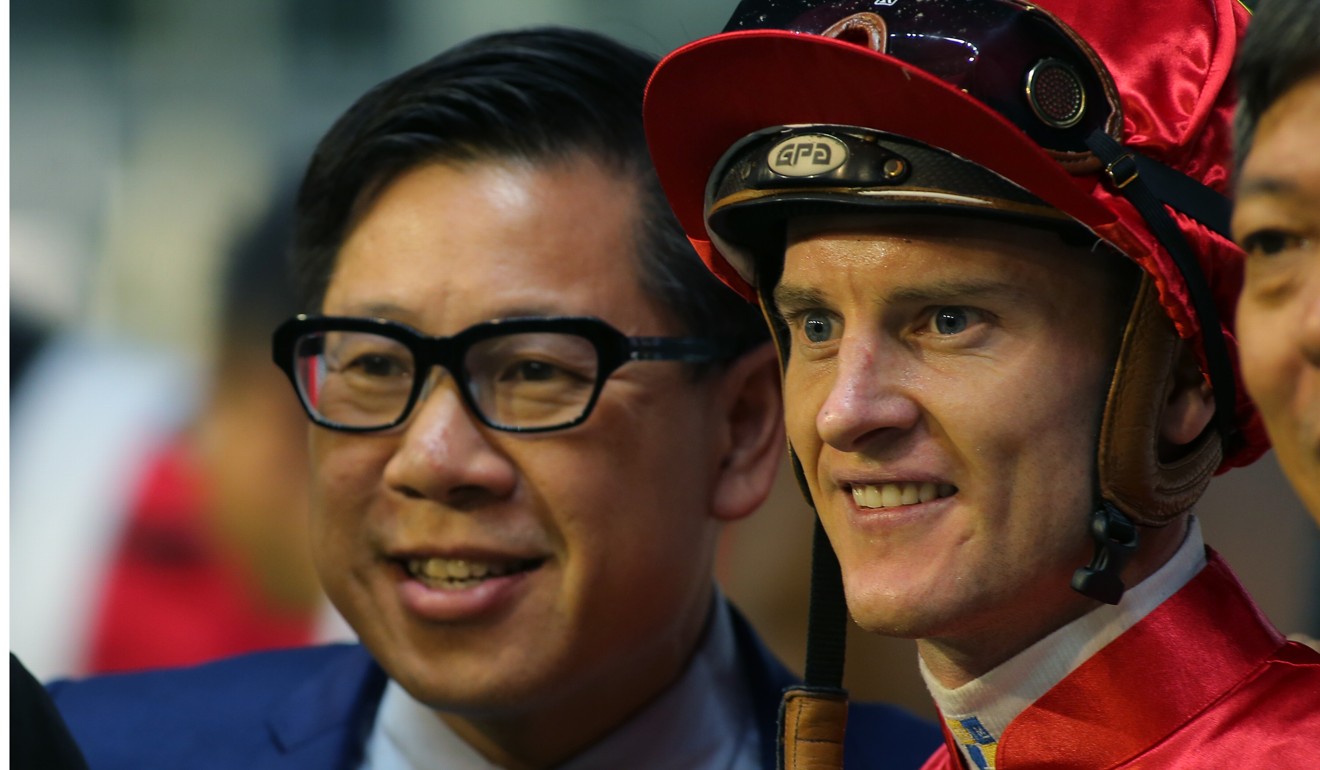 Starlight’s two Class Three wins have shot him to the top of the standings with 30 points, but history shows he will have to have probably twice as many points to be successful so there is plenty of water to flow under that bridge.

Purton also won with Happilababy for Danny Shum Chap-shing in the opening race, smashing the seven-year-old Happy Valley 2,200m course record in the process of cutting into Joao Moreira’s jockey championship lead, which has been whittled back to three and Purton gets another Magic Man-free zone on Sunday with the Brazilian suspended.

Freshman trainer Frankie Lor Fu-chuen continued to stretch away at the top of the trainers’ standings, with Spicy Double (Derek Leung Ka-chun) kicking off a winning double and Dr Win Win (Vincent Ho Chak-yiu) completing it.

Lor now leads the ladder by two over Yip, Chris So Wai-yin is a win away in third and Ricky Yiu Poon-fai kept in touch in fourth after winning with debutant Speedy King (Neil Callan).

“Ricky’s very good with these young horses, he educates them well enough to win at their first run and that’s not easy,” Callan said, and Speedy King’s opening metres in last night’s race showed why debutants can be challenging.

Debutant Speedy King looks a ready-made racehorse, winning at his first time of asking under @neilcallan78 in R4 #HappyWednesdayHK pic.twitter.com/VrBj3SFyrA

“He was slow away but not because he did anything wrong. He just heard another one rattling the gates nearby and it distracted him but he was quite professional otherwise. With the good pace on up front, I got into a good spot behind Peace Combination and I knew he’d take me into it. A couple of slaps early in the straight and my bloke set out after him well and I think he’s going to come on for that.”

“He gave him a great ride,” Hall said. “I thought his run in the 1,800m last time was better than it looked and coming back to 1,650m off a freshen up, he was bouncing out of his skin tonight and had to run well.”

Nash Rawiller prepped himself for a Group One feature in Melbourne on Friday night by taking the Class Four feature last night, proving just too strong on Look Eras in the Longines Cup.