With seven meetings remaining before spots at the event are decided, the Mauritian rider gets a great chance to secure a place with rival Nash Rawiller sidelined 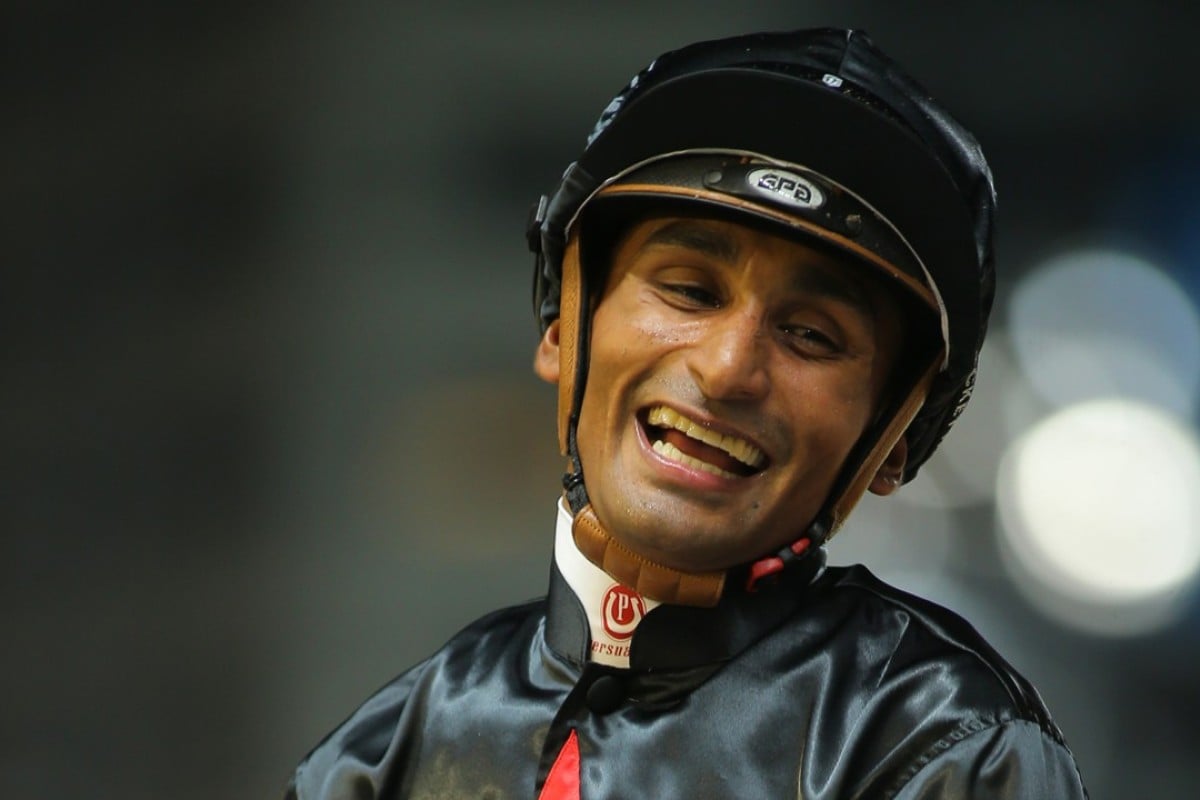 Karis Teetan celebrates one of his 16 winners so far this season. Photos: Kenneth Chan.

The race is on to secure spots at next month’s Longines International Jockeys’ Championship and Karis Teetan returns from suspension with a golden opportunity to push his claims on Wednesday night at Sha Tin.

Joao Moreira (24 wins) and Zac Purton (23) seem to have the top two spots secured but Teetan (16) and Nash Rawiller (13) are battling for the third and final place available to a Hong Kong-based foreign rider.

Rawiller rode four winners while Teetan was sidelined – including three at Happy Valley on Sunday – but now the Mauritian gets to return serve as his rival sits out a two-meeting suspension of his own.

“If I do get a chance it would obviously be a huge honour, but I can’t get too confident yet, there’s still a long way to go,” Teetan said. “Nash rode those three winners on Sunday so now I guess I have to hit back while he is out.”

There are seven meetings before places are decided for the IJC and Teetan can start stretching his “lead” with rides in seven of the eight races at the all-dirt meeting. 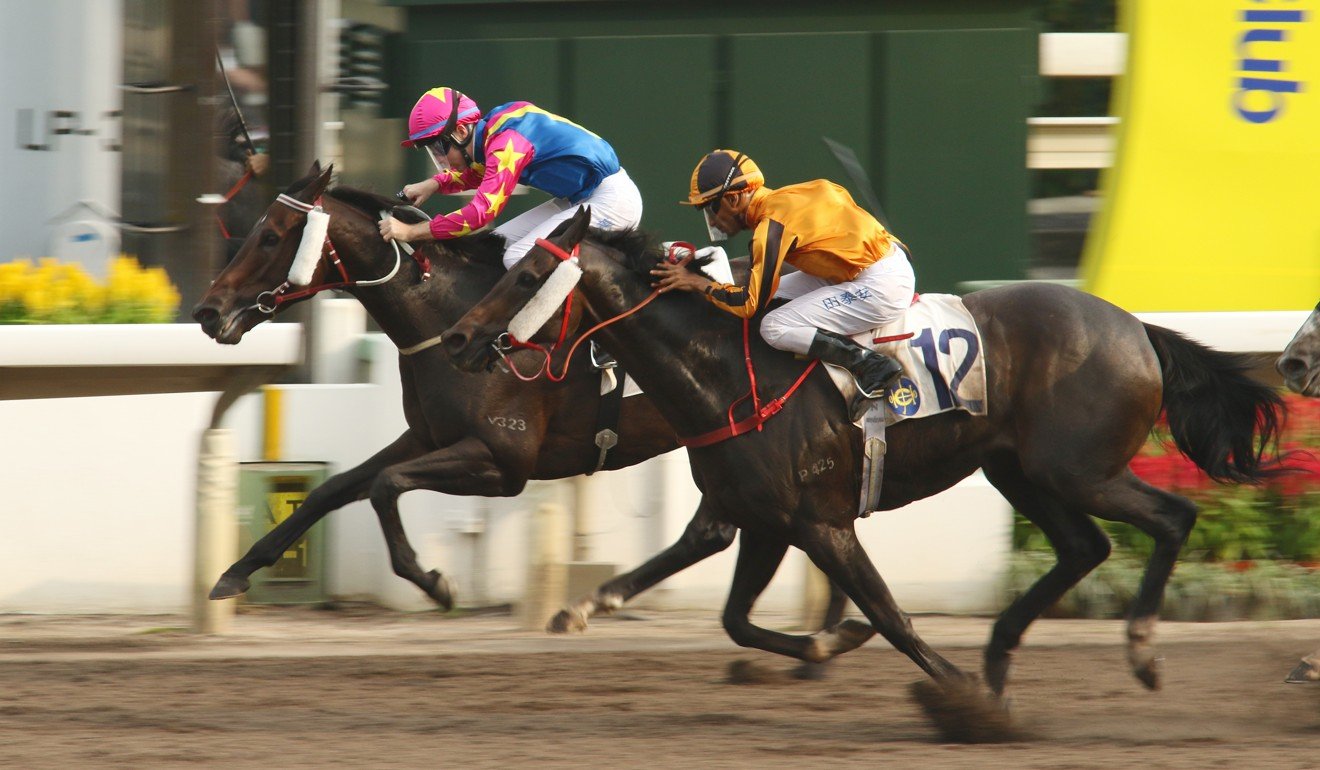 Teetan gets another chance on Frankie Lor Fu-chuen’s track specialist Imperial Concorde in the Class Four Tiu Yue Yung Handicap (1,650m) after the seven-year-old was narrowly beaten over the course and distance last start.

“Two more strides and we would have won,” Teetan said. “And he should have won, but he just gets so far out of his ground and the winner got away on us.”

Teetan said Imperial Concorde’s tendency to get well back in his races was frustrating at times but believed it would be counterproductive to try and change the gelding’s racing pattern now – especially having drawn barrier 13.

“He is an old horse, he is feeling good at the moment and you just have to let him settle where he is happy,” Teetan said.

“I think it’s better to just leave him where he is comfortable, if you try and pressure him he hates it. That’s the way you have to ride him for him to give you his best, not that we have much choice with the barrier we have anyway.”

Teetan has two rides for the “man of the moment” Lor, but also his first ride for first-year trainer Michael Freedman when diminutive miler Happy Friendship lines up in the Class Five Wa Mei Shan Handicap (1,650m).

“It would be great to get a win for Michael, he looks like he has some nice new horses coming through,” Teetan said. “Happy Friendship is only a little horse but he likes the dirt, he has won twice on it, and that last run was pretty good considering it was on the turf and he seems much better on the dirt.” 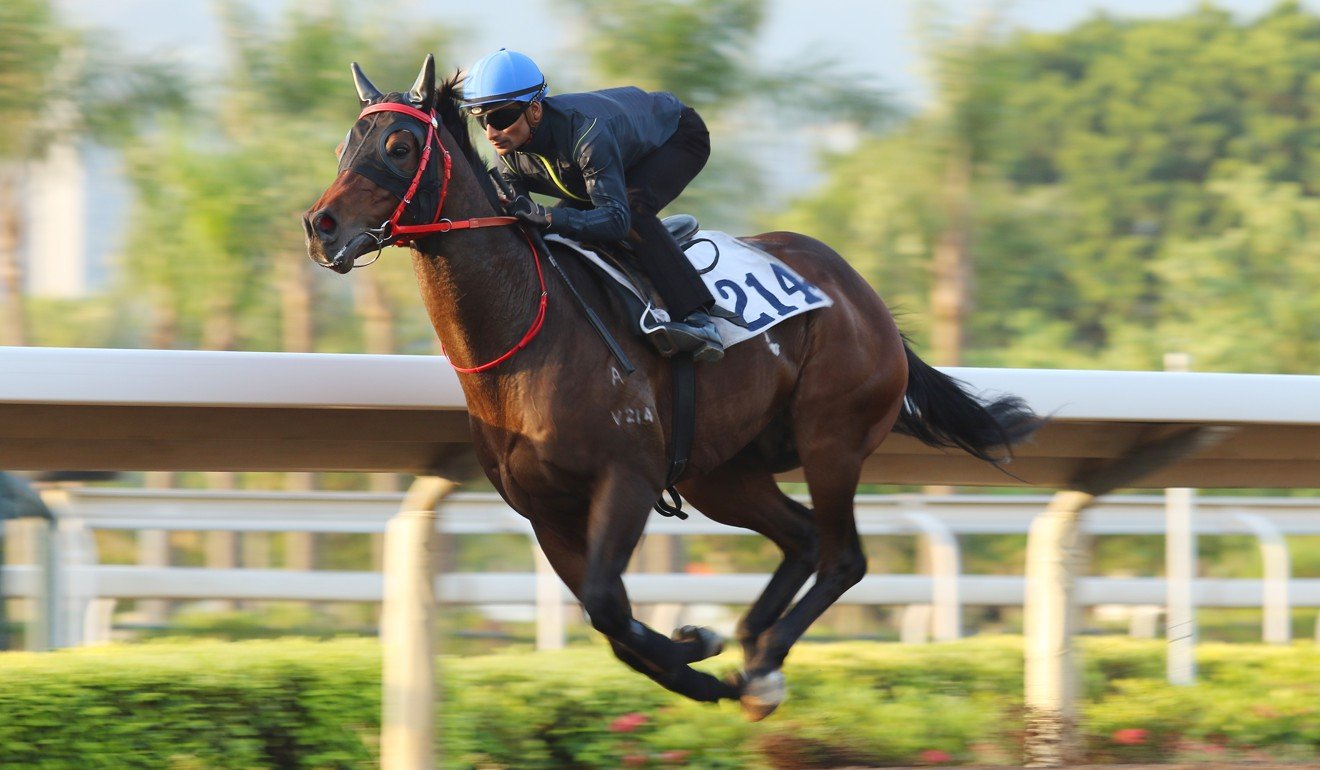 “This is his first time on the dirt and that’s the big question mark I guess,” Teetan said. “He works well on the surface in the morning and his trials have been good on the track, so he should be fine – he certainly doesn’t hate it. His first two runs this season have been good, and gets in well with a light weight and a low draw.”