Keith Yeung is all smiles after winning with Winner St Paul’s on Sunday. Photos: Kenneth Chan

Keith Yeung Ming-lun silenced the Sha Tin faithful on Sunday with a shock result aboard 66-1 shot Marvel Tribe and now has his sights set on securing a spot at next month’s International Jockeys’ Championship – even if he thinks rival Derek Leung Ka-chun is “more deserving”.

The Class Two closer was billed as something of a match race between two progressive five-year-olds, Fifty Fifty and Pingwu Spark, with the greys unbeaten in two starts each this season.

The underrated Marvel Tribe held the duo at bay though, leading all-the-way under an assured ride from Yeung and Pingwu Spark – with Leung aboard – a short head second from Fifty Fifty, who flashed home for third a further neck away.

“The crowd didn’t seem very happy,” said a beaming Yeung, with the upset win bringing up a double after an earlier success on Winner St Paul’s and closing the gap with Leung to two wins.

The leading local rider after the Happy Valley meeting on November 22 gets a chance to represent Hong Kong at the IJC, something Yeung has had the honour of doing once previously, and he is giving his former apprentice school classmate a run for his money this time around.

“Of course it is something I would love to do again, it is a real privilege and a great experience,” Yeung said. “I’ll be doing my best but I wouldn’t be surprised if I can’t get past Derek, he is riding really well. What he has done this season has been amazing, winning a Group Three and Group Two. I know it comes down to the most wins but really, he deserves that spot more.”

The humility didn’t stop there for Yeung, the rider admitting there was plenty of luck involved in Marvel Tribe’s narrow victory. 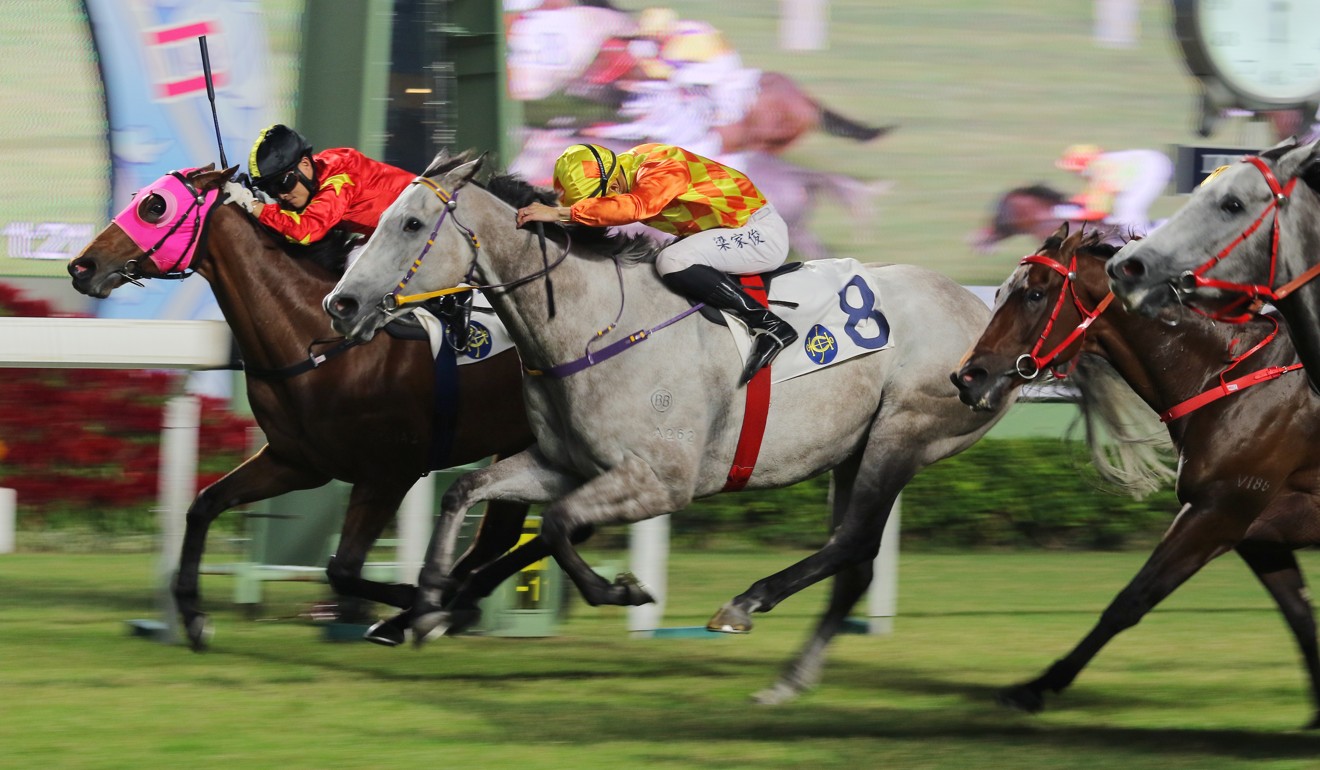 “Had the rider on Super Lifeline (Dylan Mo Hin-tung) not stayed three wide he would have been outside me putting pressure on my horse, and Derek would have had the perfect run behind him,” he said. “But the way it was he was pressuring Derek’s horse and not mine. That made the difference.”

Fifty Fifty meanwhile, was stuck back on the rail and Karis Teetan’s efforts to extricate himself from the situation in the straight earned the Mauritian a three-meeting stint on the sidelines for careless riding.

The ban comes at time for when Teetan is trying to secure his own place at the IJC as the third-placed overseas rider in the jockeys’ championship.

Teetan’s victory on Je Pense gives him a six-win advantage over Nash Rawiller, with two more meetings to push his claims before his ban begins on November 15.

Teetan’s suspension also means he will miss the ride on D B Pin in the Group Two Jockey Club Sprint on November 19.