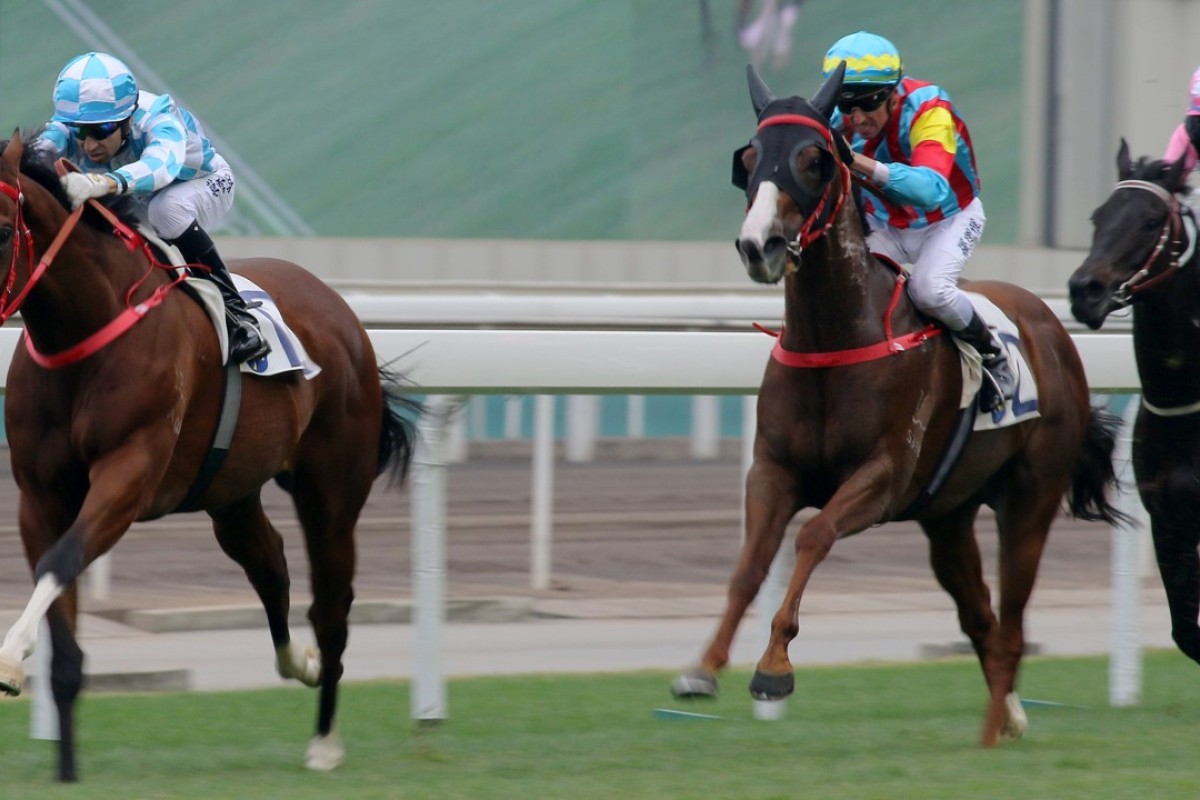 Conte cruises away to score another victory at Sha Tin on Monday. Photos: Kenneth Chan

It’s a measure of John Size’s bigger-picture training style that two of the very talented four-year-olds he ran on Monday will sidestep the Classic Mile later this month rather than be taken out of their comfort zones.

Size and Joao Moreira were the stars of the first day of 2018, the trainer now joint championship leader with former protégé Frankie Lor Fu-chuen after a four-timer with Nice Kick, Unicron Jewellery, Infinity Endeavour and unbeaten Conte – all ridden by Moreira, who managed to bag five as he won the first on Soccer Brave for David Ferraris as well.

Perhaps it’s a measure of the other quality four-year-olds in his yard, too, but Size said the highly rated Beat the Clock will bypass the first of the four-year-old classics on January 21 due to the distance while no attempt will be made to get ratings-challenged Conte to the race at all.

With a 108 rating even before Monday’s Group Three second, Beat The Clock had a walk-up start into the Classic Mile but won’t run.

“I was never that keen to run him in the Classic Mile anyway – I tried him at 1,600m last season and he never looked like getting it.”

Conte on the other hand, does look like he will run a good 1,600m at some point but would need to do something clever to make the Classic Mile, or even the longer four-year-old races later on, after winning off a rating of 69.

“He’s progressive, he is doing a good job keeping up with the handicapper but his future career is the most important thing – people know it isn’t my style to drive the horse crazy just to get his rating up to run in those races,” Size said.

“At the moment, he’s running well at 1,400m, I’m sure he’ll run 1,600m one day but there’s no hurry. When you look around, there seem to be plenty of four-year-olds with better ratings than him and they look pretty good too, so I’m in no hurry to challenge them. Step by step.”