The six-year-old has won three from four this season, all with jockey Brett Prebble aboard, and looks well-placed for another win at Happy Valley 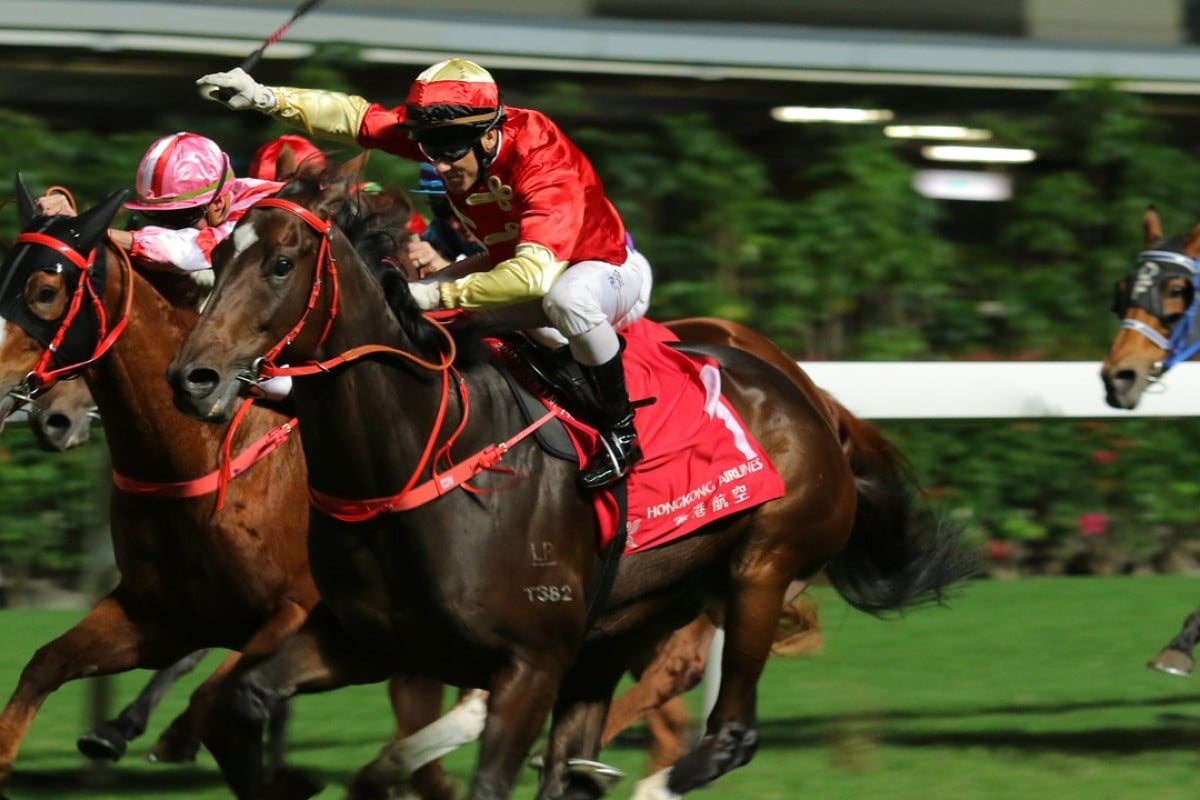 Super Fluke has already been one of this season’s most improved horses and shoots for a fourth win of the term on Wednesday night at Happy Valley in the Class Two Southorn Handicap (1,200m).

Dennis Yip Chor-hong received Super Fluke via a stable transfer from Derek Cruz late last season and, after being scratched because of lameness in June, he resumed with a first-up win in September over 1,200m.

Since then Super Fluke has jumped 22 ratings points and his body weight has steadily increased as well, with the gelding tipping the scales at 1,194 pounds for this start.

“Dennis has found the key to him, he has him healthy and sound, he is a very happy horse,” said Brett Prebble, who has been aboard the six-year-old for all three wins this season. “I have only been beaten once on him and he was unlucky,” he added. 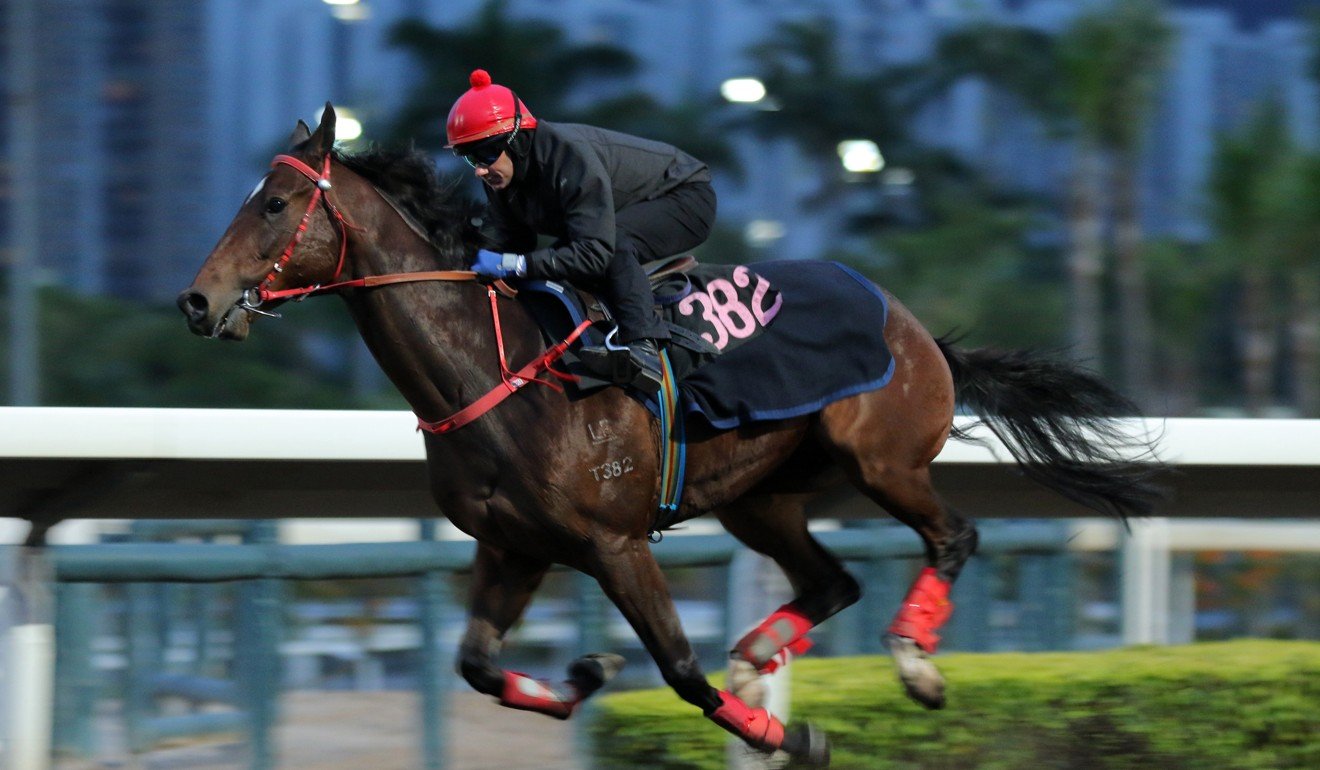 That loss was a last start third, beaten a half-length by Perpetual Joyance at the Valley, a race in which Super Fluke found himself a long way back after being outpaced early.

In Class Three, Super Fluke was able to take a position forward of midfield when favourably drawn but the faster tempo in Class Two might mean Prebble doesn’t have as many options from gate two tonight.

This is why Yip and Prebble discussed stepping up to 1,650m for this start, a distance the horse was able to win over for Cruz, albeit narrowly, in Class Three midway through last season.

“They go fast very fast early in the 1,200m races in that grade, and we contemplated 1,650m, but he is in such consistent form, so it was a case of ‘if it isn’t broken, don’t fix it’. But he has definitely got another string to his bow there at 1,650m. He was able to win over the distance and his form was nowhere near what it is now, he is a new horse now.”

Prebble heads to Happy Valley with four rides, including two for John Size that have proven hard work for punters, Nashashuk and Gamechangers. 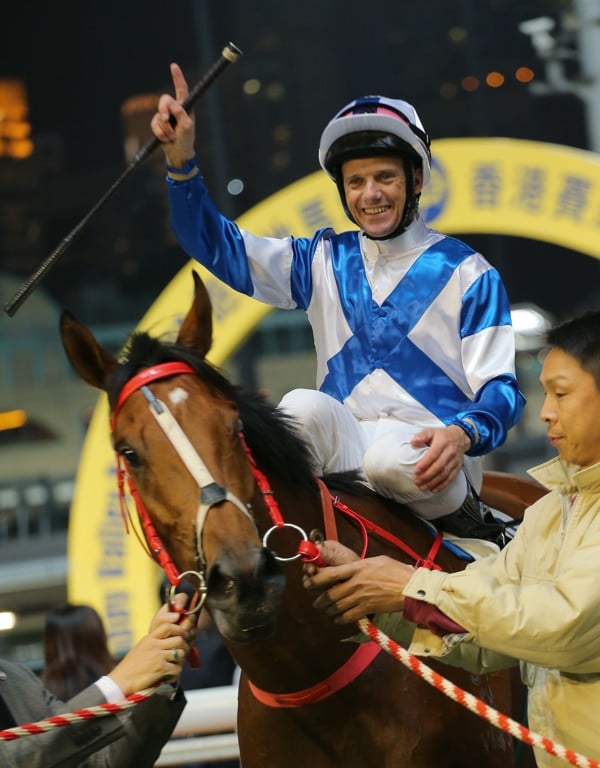 Nashashuk over-raced when he resumed as favourite first-up three weeks ago and Prebble, the only jockey to register an official win on the horse, will be trying to ensure that doesn’t happen again.

“He is a funny horse, he overdid it from the gate for Joao, it is Magic’s style to get them rolling along but maybe he woke him up a little bit too much. The horse is on his right mark, we just have to make sure he is on his best behaviour,” Prebble said.

Gamechangers comes back to 1,200m in the Class Three Tai Hang Tung Handicap after trying 1,650m on the dirt last start.

“The tempo didn’t allow him to drop his head,” Prebble said. “He is consistent and he will win his race, it’s just hard to be confident what night it will happen. He will love a fast tempo one night, which will bring him into it.

“He is only a little horse and he lacks that next gear that would come with being a hand taller. He hits a flat spot in his races, when he was fresh he showed me a turn of foot but hasn’t since.”