The master trainer has chosen to run the four-year-olds in the Group Three Centenary Vase on Sunday, while Good Standing will also feature at Sha Tin John Moore has three of his four-year-olds entered on Sunday at Sha Tin. Photos: Kenneth Chan

When John Moore initially mapped out preparations for his top BMW Hong Kong Derby contenders, he didn’t envisage them running at Sha Tin on Sunday but is comfortable with the detour Ruthven and Rivet are taking via the Group Three Centenary Vase.

The duo will tackle older horses over 1,800m on Sunday after fair runs against fellow four-year-olds in the Hong Kong Classic Cup, while Moore has also pressed the restart button for Derby entrant Good Standing by entering the giant gelding in a 1,400m Class Two.

For Good Standing, a solid run on Sunday is necessary to gain match fitness after missing two crucial lead-up runs, but Moore said the 1,800m Group Three for Ruthven and Rivet simply came at the right time to build towards their main target on March 18.

“These horses just need a bit more mileage into their legs with a view to the Derby and this race comes at a perfect time to provide that,” said Moore. “I’m looking forward to them running big races off seriously light weights on the weekend.” Both of Moore’s horses get in on the limit weight of 113 pounds in the handicap, in which their stablemate and last start winner Eagle Way will carry 131 pounds.

Ruthven ranked high in many experts’ reckoning for the Derby before the Classic Mile but it was difficult to get a gauge on how well he is going after French jockey Alexis Badel set an unsustainable tempo out in front on the Australian import.

“We can forget about his run the other day and we move on. I think he is a chance here, both with the increased fitness and the step up to 1,800m from a mile, which he should enjoy,” Moore said. 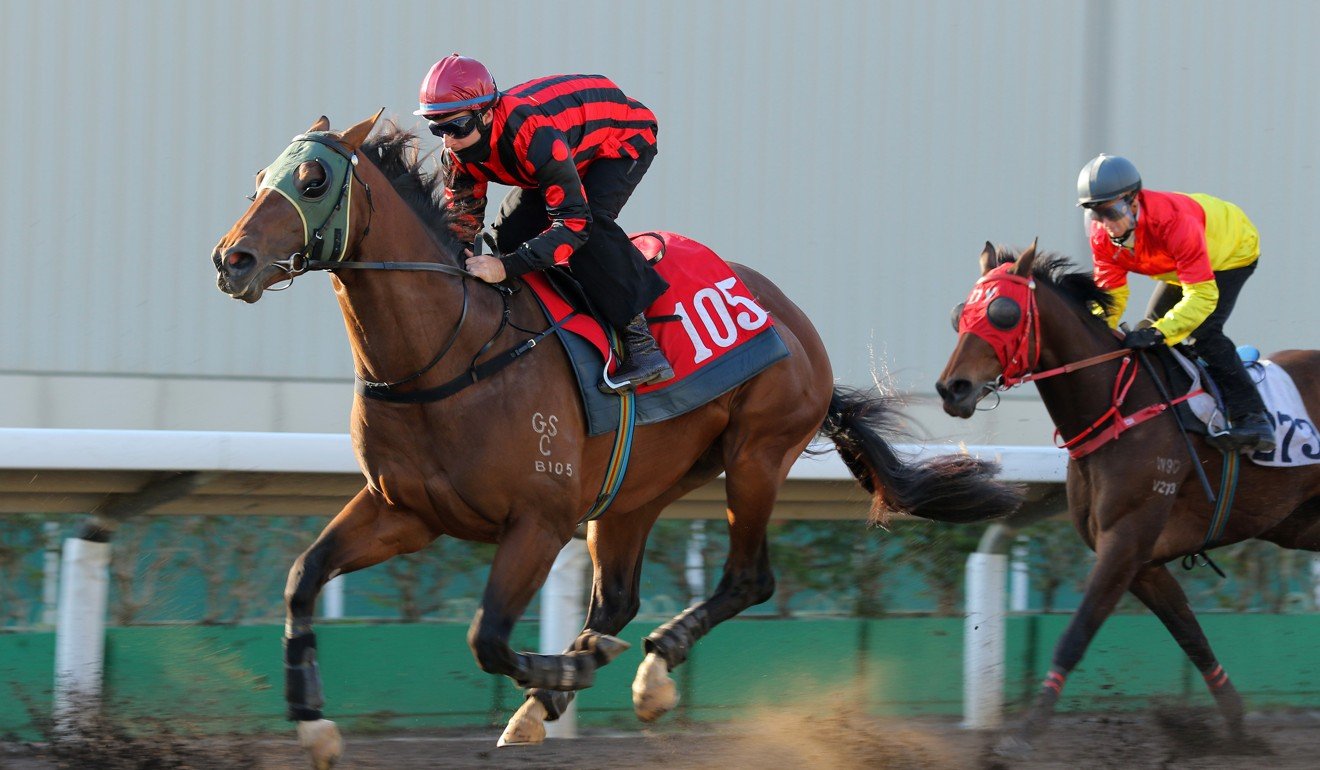 “Rivet really caught the eye running on in the Classic Mile and each run he gets better. He keeps improving and that’s just part of acclimatisation for all European horses, so let’s hope he can take another step on Sunday.”

Moore expects both Ruthven and Rivet to run again over the same course and distance in the Hong Kong Classic Cup in two weeks but for Good Standing an even more unconventional approach will be required.

“It’s not impossible,” Moore said of the horse’s chances of making the Derby with the 90-rated Good Standing. “We have had to change the programming with respect to the soundness issues that have forced him out of his last two races.

“We will get through Sunday and then, with the permission of the owners, look at the Chinese New Year Cup on the same day as the Classic Cup two weeks from now.”